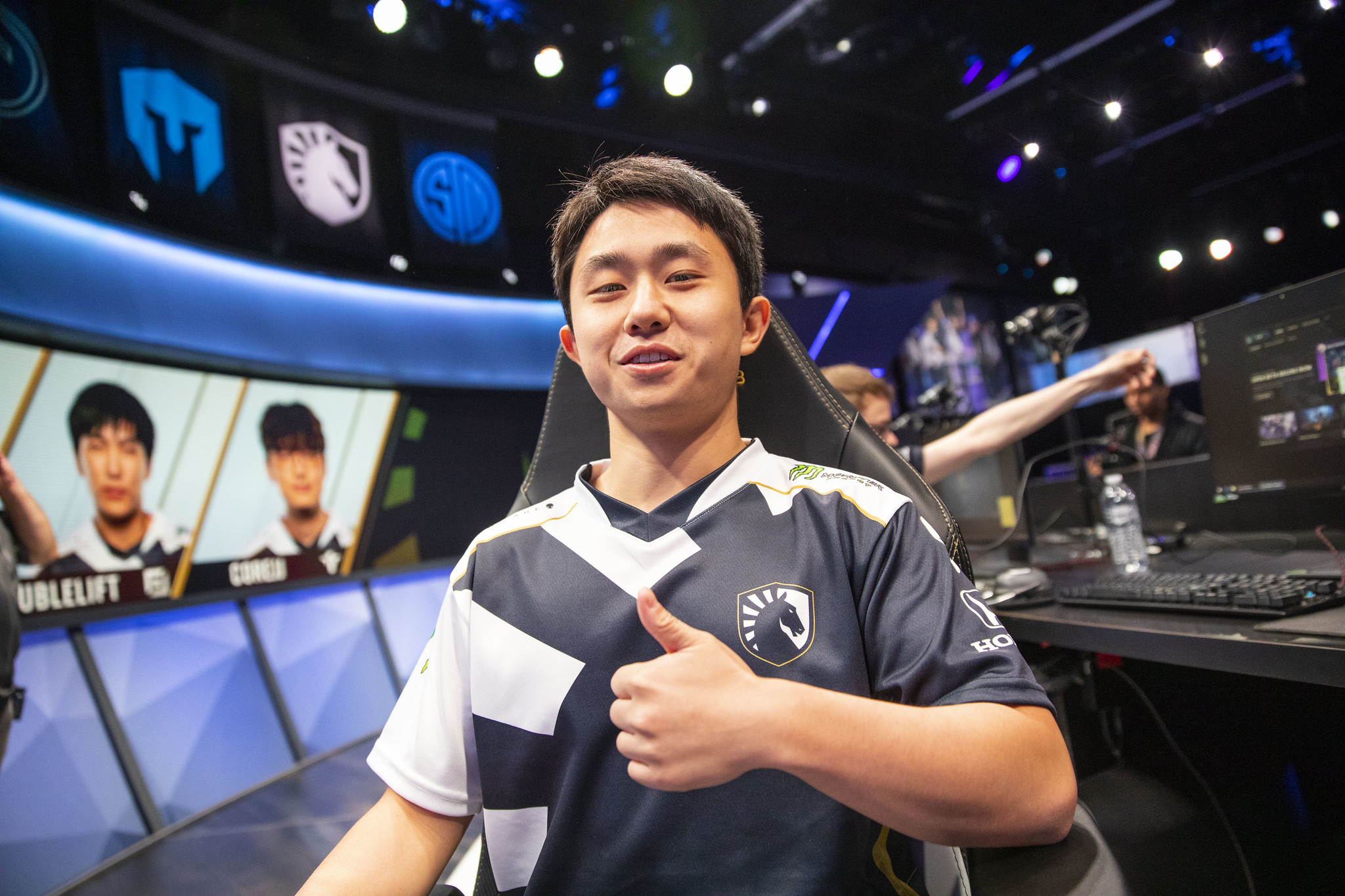 FlyQuest came crashing back to earth in their first real test of the split after an undefeated start against Immortals and CLG, who are a combined 1-5 this year. They were outclassed in nearly every aspect of the match and could do nothing to alleviate the pressure Liquid put on them.

An early Rift Herald got two hits onto both of FlyQuest’s mid lane turrets, breaking open the map for Liquid. The defending LCS champs established vision and got pick after pick onto top laner Omran “V1per” Shoura and jungler Lucas “Santorin” Tao Kilmer Larsen, neither of whom could find any foothold to get back in the game. Liquid then barged into FlyQuest’s base and closed out the win shortly after.

Right from the draft, it was clear Liquid were going to give FlyQuest very little. FlyQuest have driven home strong solo play by signature picks like V1per’s Riven and support Lee “IgNar” Dong-geun’s Blitzcrank, the latter of which was banned out by TL.

On Liquid’s side of things, they drafted a very safe, crowd control-heavy teamfighting composition that included Ornn, Jarvan, and Braum. Shernfire played well on J4, leading engages during the mid-game skirmishes and picks that closed out his team’s win, and overall participating in all but one of his team’s 15 kills.

The Liquid jungler told Dot Esports after his first week of matches that he welcomed the responsibility of engaging and putting pressure on the enemy team with champions like Jarvan, not allowing himself any excuses for being new to the organization.

“I really respect him,” Impact told Dot Esports after today’s match. “He’s a really good pro player under pressure. I think he could play on any team in the LCS. He shows that he cares, every day—that’s why when he loses, he gets really mad [at] himself.”

Liquid are done for the week, but FlyQuest will try to right the ship on Monday night against the undefeated Dignitas.