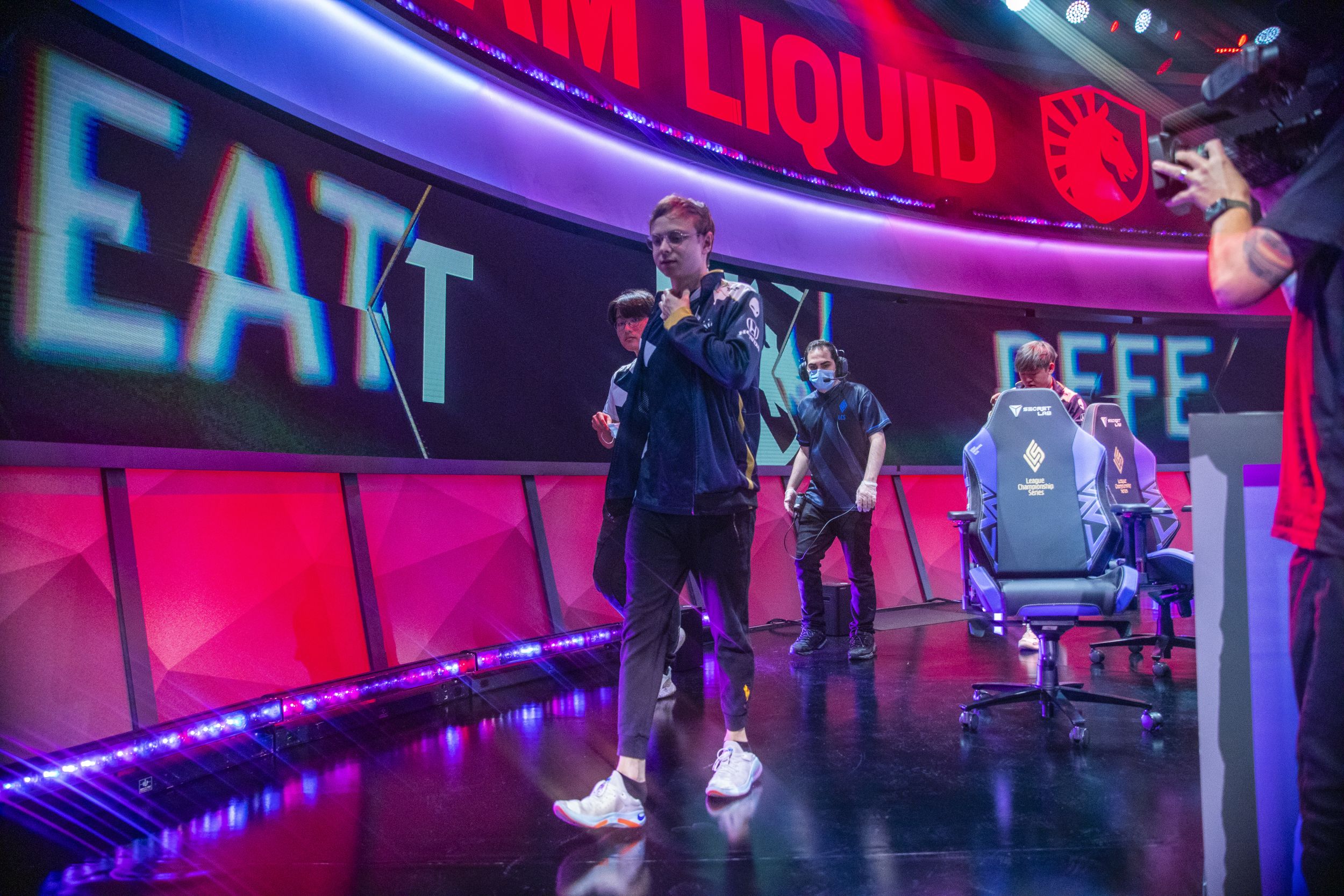 Team Liquid took down MAD Lions today in the first North America vs. Europe bout of the 2021 League of Legends World Championship off of strong maco and teamfight play. Santorin heavily contributed to the team’s success with his Xin Zhao pick, posting a 5/2/10 scoreline.

As the second seed from the LCS and known subpar international performers, Liquid are looking to make history for themselves by getting past group play and qualifying for the knockout stage. MAD, on the other hand, want to showcase how they’ve dominated the LEC for a whole year and why they’re deserving of being the region’s first seed—something that’s been controlled by Fnatic and G2 Esports since 2014.

The Western rivalry’s first match started with Liquid taking first blood off of a Santorin and Alphari dive onto Armut in the top lane. This was later followed up by a series of smart plays by the North American representatives, garnering themselves an early lead. This early lead didn’t grow too vast, though. MAD were fully disposed to keep it close, turning the match into a close game.

But even with MAD keeping things close, Liquid eventually took the game into their own hands, making sure they had a play for every response from the EU squad. The deciding factor in this game was a teamfight in which Liquid caught MAD in the mid lane, leading to three kills and a Baron.

Liquid will look to carry the momentum from this win into their showdown with China’s LNG Esports on Oct. 12.