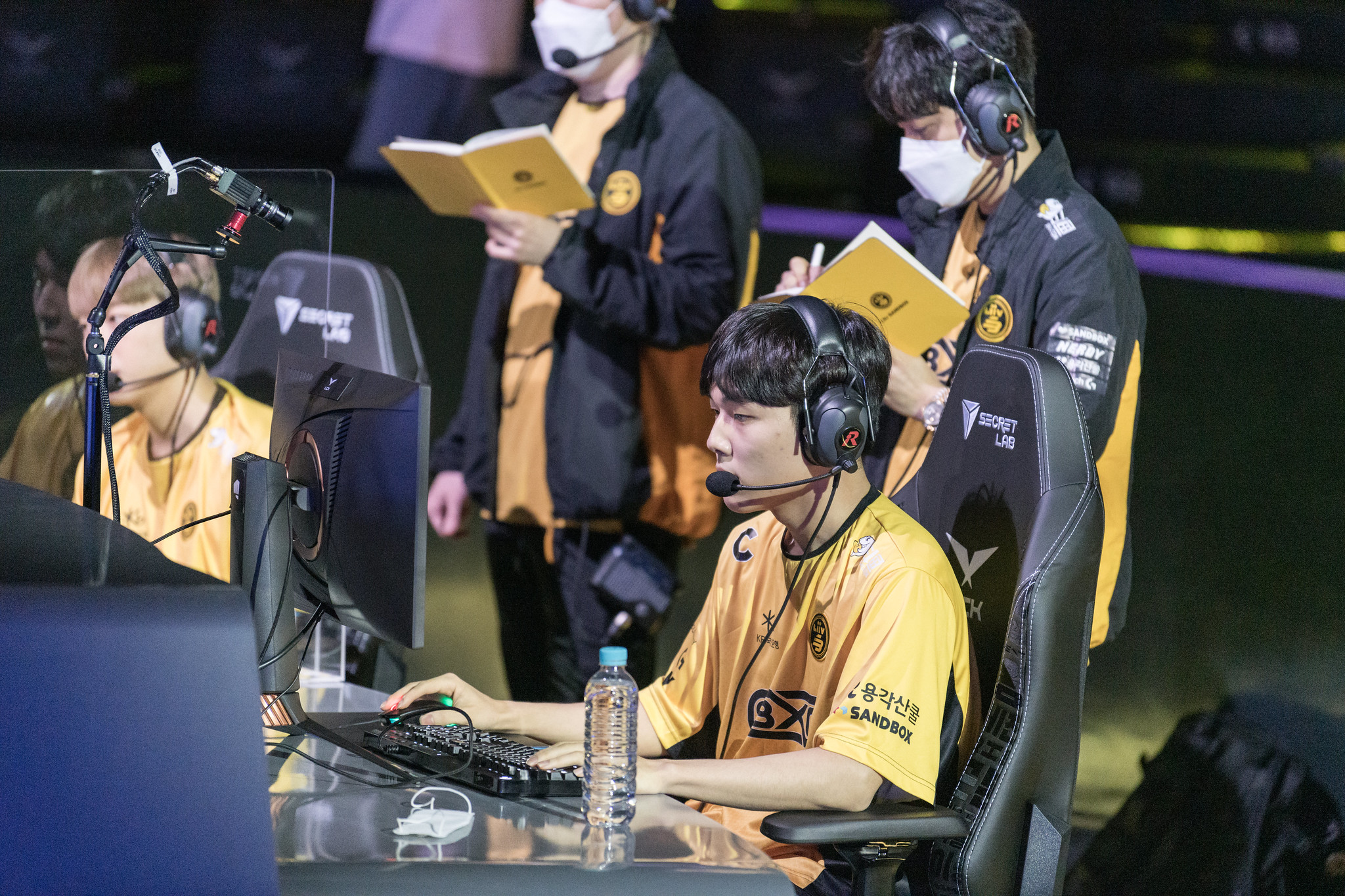 Liiv SANDBOX continued their streak of dominance in the 2021 LCK Summer Split today, taking down T1 in an intense 2-1 series.

The mid laner and support players from LSB picked up the MVP votes. FATE earned his vote after delivering a huge performance on Ryze in the first game of the series, keeping Faker under control and scaling well into the later stages of the match. His global presence via his ultimate allowed LSB to roam freely around the map since their mid laner was always ready to back them up whenever they needed him. Effort secured his MVP vote after a stellar performance on Alistar in the final game. He had a lot of great engages, but the highlight of the series was his Baron steal against T1, sealing their fate.

The first match of this League of Legends series opened up with a surprising performance from the LSB squad, who picked up an early lead and quickly snowballed the match. Fate was the main factor as to why LSB was so successful, exerting a lot of pressure with Ryze and providing backup for his team with his ultimate whenever he was needed. After picking up the Cloud Dragon Soul, LSB rushed toward T1’s base and closed out the first game of the series.

In the second match, LSB banned Ryze away from T1, who had first pick. They were also forced to change their AD carry after their opponents banned Kalista, who was dominant in the first game. Without their power picks from the first match or Ryze to back up the aggressive moves they went for, T1 turned the tide of battle and equalized the series.

The last game was the closest of the series, with both teams trading blow for blow. LSB earned an early gold lead, but T1 picked up the pace toward the mid game and gained a bigger gold lead themselves. While LSB were funneling resources into picking up dragons, T1 focused on acquiring more gold and experience by farming. Once T1 had a small lead, they went to secure Baron and, though they were close to being successful, a heroic steal by Effort on Alistar stopped them in their tracks. Later on, LSB picked up the Ocean Dragon Soul as well and became unkillable for T1’s composition before finishing the series in their favor.

LSB (8-5) climbed to fourth place in the LCK with this victory. They’ll be back on the Rift next week with a match against the leaders in the standings, Nongshim RedForce. Tune in to see if LSB can continue their Cinderella story and upset another top-tier LCK team.