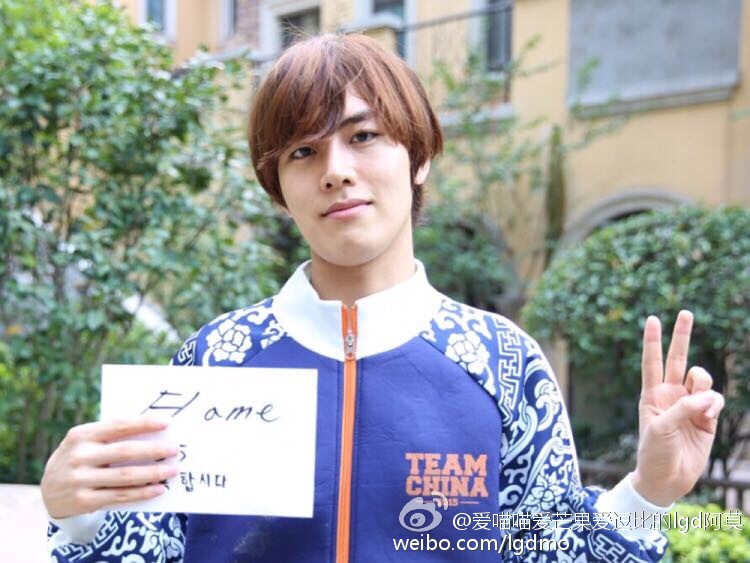 In the early morning, the sun seeped through the window and scattered across the face of a bunch of sleepy players, waking them up. Subconsciously, they reached for their cell phones.

After looking for a while, it was 8:30. Our WeChat group (note: sort of like a group messaging system everyone in China uses) discussed what we wanted to eat. It was 8:30 in Paris—in China, it would be 2:30 in the afternoon.

Around this time in China, our players would be waking up from bed and getting ready to practice. The jet lag might’ve worked out perfectly for us this time around.

Eating breakfast is probably difficult for all the players. We might’ve accidentally mixed up our training time with our rest time—since everyone wakes up late. The players couldn’t help but sigh. If they live in Paris, they might be able to live long and healthily.

After breakfast, all the players gathered to wait at the entrance. It was early, and the sun reflected against the grass. The grass was spreading its seed, the wind was blowing against the leaves of the tree—a beautiful day in Paris was about to begin.

We were on our way in the car they sent to pick us up. We didn’t have much planned today—just an interview. Otherwise, our priority was to practice.

We didn’t know whether it was because the competition was drawing near, or because the time was passing by quickly, but practice and interviews ended so fast.

So we went to a Parisian restaurant to eat.

The people in Paris’s streets would look up every time we passed by. Once we arrived, the players sat down in the restaurant. While walking around yesterday, Pyl noticed a friend chicken place.

Pyl and GODV dragged us and our translator, Jenny. We had a team of 5, and we headed forward to get fried chicken. Xiao Xi also wanted to come, so we had our substitute tag along to the fried chicken trip.

Pyl and our two bodyguards (the man who wants to look beautiful in selfies—Pyl).

A big bed, a sofa that can also be a smaller bed. Before, players had to share beds (Acorn and Imp, Xiao Xi and Flame, TBQ and Pyl). We’re so comfortable here!

Alright—moving along. After getting fried chicken, everyone went to the restaurant to eat happily.

After eating, everyone moved out in the dark of night to continue practicing.

After going to the supermarket, we had an interesting episode on the side of the street. There was a drunk black man who came over to say hello. Our manager handed him a cigarette. He had a conversation with him, too. And then he performed a rap for us. Feels like this type of stuff only happens in movies, but this is happening in front of us right now!

Make no mistake—we’re in Paris! Paris’s night air blew against our face, making us feel comfortable. It’s like relaxing in a chair in your shady backyard. After a day of getting used to things, it seems like we’ve blended into the city. The competition is a day closer now! Go LGD!