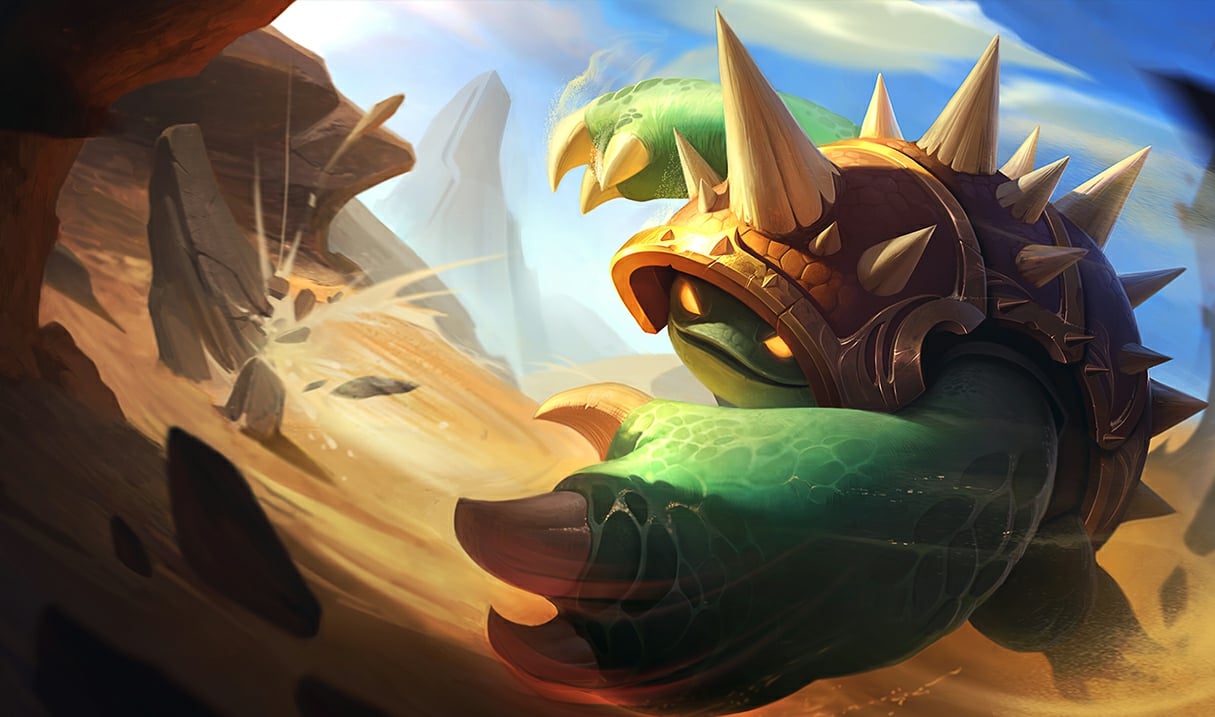 Tomorrow will be a big day for the item meta in League of Legends, because there are tons of big changes coming, according to the official patch notes.

The changes will potentially flip the meta on its head, and may actually weaken the state of attack speed-oriented ADCs as a whole, like Tristana, Caitlyn, and more. Lethality item changes are coming too, which will add a lot of early power to AD assassins in both the jungle and mid lane.

The Thornmail is getting a new component item—the Bramble Vest—which is essentially a mini Thornmail. It builds out of two Cloth Armors and reflects 20 flat magic damage back to your attacker while also applying Grievous Wounds. That’s right, tanks now have a Grievous Wounds item.

Thornmail is getting a huge buff as well. It’s going to provide health now, with slightly less armor, and will slow incoming champions’ attack speed just like Randuin’s Omen. The thorn damage will apply Grievous Wounds as well, making this a great all-around item for shutting down ADCs, especially paired with the critical strike damage reduction on Randuin’s Omen. This is a huge deal, because previously, the only way to counter a Thornmail was for an ADC to build lifesteal to gain health greater than the health lost from hitting the tank with a Thornmail.

With Grievous Wounds on the item now, that lifesteal will be much, much less effective, which means ADCs don’t have a good way to counter the Thornmail now.

The Serrated Dirk is getting a big change. The out-of-combat movement speed is being removed from the item, and instead, it will grant you bonus damage on your next attack following a takedown on an enemy, on a 30 second cooldown. This is a lot of early power being added to a cheap item, and specifically boosts assassins quite a bit.

The Poacher’s Dirk is getting the same new passive, which will make clearing camps much faster, making this 700 gold purchase very efficient. Just to be clear, if you kill an enemy minion or a monster, you gain this passive, and it procs on minions and monsters as well.

Lethality itself is being changed to scale on your own level rather than your opponent’s, making it much more snowbally than it is now, which is both good and bad depending on which direction you snowball.

Youmuu’s, Duskblade, and Edge of Night

The big, bad lethality items are also being changed quite a bit. Both Yomama’s Ghostblade and the Duskblade of Draktharr will deal more lethality damage, but less attack damage. The Duskblade’s movement speed is being removed, and it will now provide cooldown reduction, and the Nightstalker proc will slow targets. This will be an excellent jungling item for assassins like Kha’Zix and Rengar, and perhaps the newest AD assassin jungler—Kayn.

Youmuu’s damage is being lowered, but it’s also the only lethality item keeping its movement speed buff, which is also being raised from 20 to 40. Youmuu’s should be the premier item for mobility, which is why this buff is coming at all. Edge of Night’s Magic Resist is being replaced with 250 health, and its damage is remaining the same, so it doesn’t compete with other MR and AD items like Maw and the Scimitar.

These huge item changes are bound to shake some things up, and the change to how lethality deals damage may open the door for snowballing assassins to take over again, but only time will tell. One thing’s for sure, though, that new Thornmail is going to be really tough to deal with.