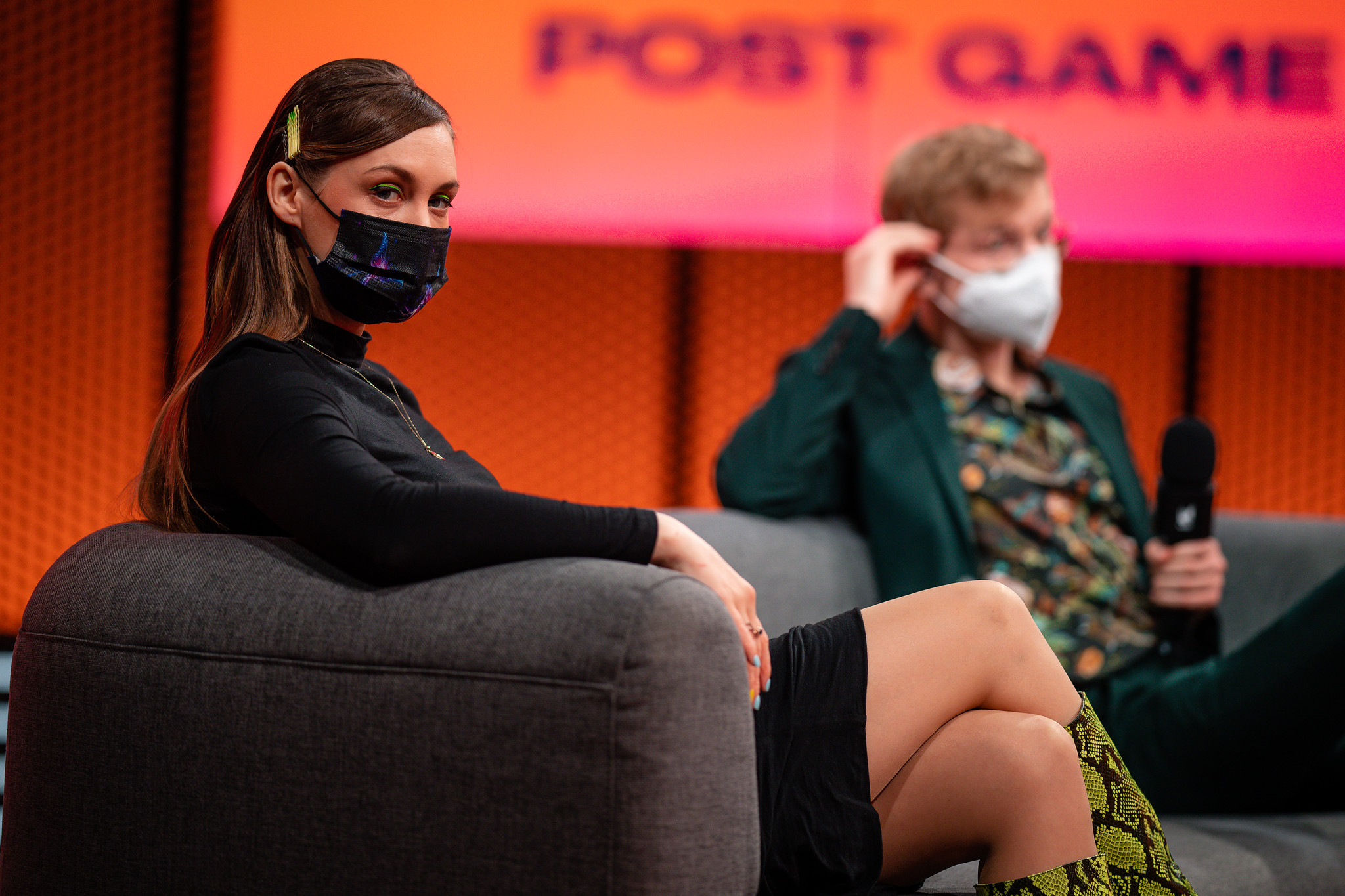 After 18 games filled with outplays, backdoors, and upset victories, the 2022 LEC Spring Split has finally reached the playoffs. From postseason first-timers like Excel Esports to surprising non-attendees like MAD Lions, the European League of Legends scene has whittled down to its six best teams.

Before the playoffs begin, however, we must acknowledge the five best players that made the final weekend of the regular season a good one. Although a majority of players will be going on to battle for a trophy later this month, one player on a non-playoff team shined bright enough to capture a spot in our final Team of the Week.

Broken Blade capped off a renaissance split with a trio of impressive performances in week eight, solidifying his case for an All-Pro nod while leading G2 Esports to yet another playoff berth in the process.

This Spring, Broken Blade was one of the most unique meta-benders in the LEC with 11 different champions played during the split—tied for the most among all top laners alongside Excel’s Finn and fourth among all players in the league, according to League stats site Leaguepedia.

While the rest of the league’s top laners were slamming games on meta picks like Jayce, Gwen, and Graves, Broken Blade spent most of his time this split playing outside-the-box carry champions such as Akali, Yone, and Akshan—the latter of which he used to pick up a big win over Excel last Friday. When using “off-meta” champions this split (champions with less than 10 individual picks at the top lane position), Broken Blade and G2 posted a record of 7-4, while the veteran top laner himself racked up 48 kills across those 11 games, according to League stats site Games of Legends. Perhaps it’s poetic that Broken Blade started the split by taking an unorthodox Corki pick in the top lane and ended it this past weekend with two games on the rarely used Akshan.

They might not have made it to the LEC playoffs this season, but MAD Lions did finish off the final super week of the spring in style with three wins in a row against Team Vitality, Astralis, and Team BDS. But it came a little too late; this last-ditch effort couldn’t get them out of the hole they dug themselves through the second half of the season.

And yet, the one silver lining for this roster’s season made its way into the spotlight one more time: MAD Lions’ star jungler, Elyoya. Across the weekend, Elyoya had the third-most kills in the league, with a striking 15 KDA and participating in a whopping 84.5 percent of his team’s total eliminations, according to Oracle’s Elixir. He had great performances across the board on a blend of champions and styles, like Poppy, Xin Zhao, and Viego, allowing the rest of his teammates to shine alongside him.

The 21-year-old still has the same spark we’ve seen from prior splits, but now, he and the rest of MAD Lions must take time to train their more inexperienced peers so they can challenge for the throne when the 2022 Summer Split begins. Luckily for them, they have plenty of time to draft up some strategies that will help them thrive in the future.

Misfits had a chaotic end of their week by winning two of their last three matches. But they have impressed spectators with their impressive performances throughout the LEC 2022 Spring Split.

Vetheo appeared on our TOTW on several occasions this split, and he has been in terrific form. With solo assassinations on the Rift to having seamless synergy with his team, the 19-year-old has pulled the attention of many viewers. After last week, he finished with the highest number of kills (98), second highest KDA (5.9), and the third-lowest number of deaths (36) among all the mid laners, according to the League stats site Oracle’s Elixir. His instrumental role helped the squad in various vital aspects like teamfights, and he secured kills on essential carries. Moreover, his versatility to play several playstyles to suit his team’s draft is valuable to any team. With these dominant performances, fans are surely considering him to be a part of Europe’s top three mid laners at the moment.

The team has to refine their playstyle and fix their mistakes to topple the heavy favorites of the LEC. The way this team always finds a way to close out matches, however, it shouldn’t be a surprise if they end up making a deep run in LEC 2022 Spring playoffs.

For a third time this season, Upset finds himself in Dot Esports’ Team of the Week. And once again, the German player has earned his spot thanks to his stellar performance in the last three games of LEC 2022 Spring Split regular season.

While Fnatic threw a match against Misfits last weekend, Upset still boasted a 5.0 KDA ratio in that game and wasn’t the one overstepping in his team. In week eight, he was the third-best player in the competition in terms of KDA, with a 13.7 score, according to Oracle’s Elixir. He was second in kills (22) and gold difference at 10 minutes (1,038), while ending first in CS per minute (10.3). His impressive performances on Caitlyn and Zeri were key in Fnatic securing second place in the standings.

This split, Upset broke records by having the lowest death count in the history of LEC. What’s more, he finished the regular season as the player with the highest KDA (16.5) and gold difference at 10 minutes (395). Along with Hylissang, they both have become an unstoppable force and proved they are capable of carrying the toughest games on their shoulders. Simply put, they are the strongest bottom lane duo in the LEC so far, and there’s little competition that can match their level.

Once again Hylissang is the top-performing support in the LEC. In the last week of the regular season of LEC Spring Split 2022, he had the highest KDA and kill participation among the supports, according to the League statistic website Oracle’s Elixir.

Much like the champion he played twice this last week, Hylissang is the one calling the shots in the game. His performances with Renata Glasc were not only the first in the competitive League scene, but they also helped Fnatic win two matches, which landed them second place in the regular season. In the match against Excel, Hylissang was dancing on the edge of death, trusting and investing in his AD carry all he had. And, since their teamwork as a duo has never been stronger than it is now, it paid off. Even when Upset couldn’t put a kill in the bank, Hylissang’s Renata closed the deal with a Hostile Takeover.

Hylissang concluded the regular season of the LEC Spring Split with an emblematic performance as one of the best support Europe has to offer. Once again the Professor taught everyone else how to do business on the Rift, helping his team achieve a great result also thanks to the great synergy he has with his bot laner, Upset. Fnatic is putting in place a hostile takeover of Europe together with the stellar support. And after a regular season where Hylissang got the job done, all he and Fnatic have to do is conquer the playoffs as well.