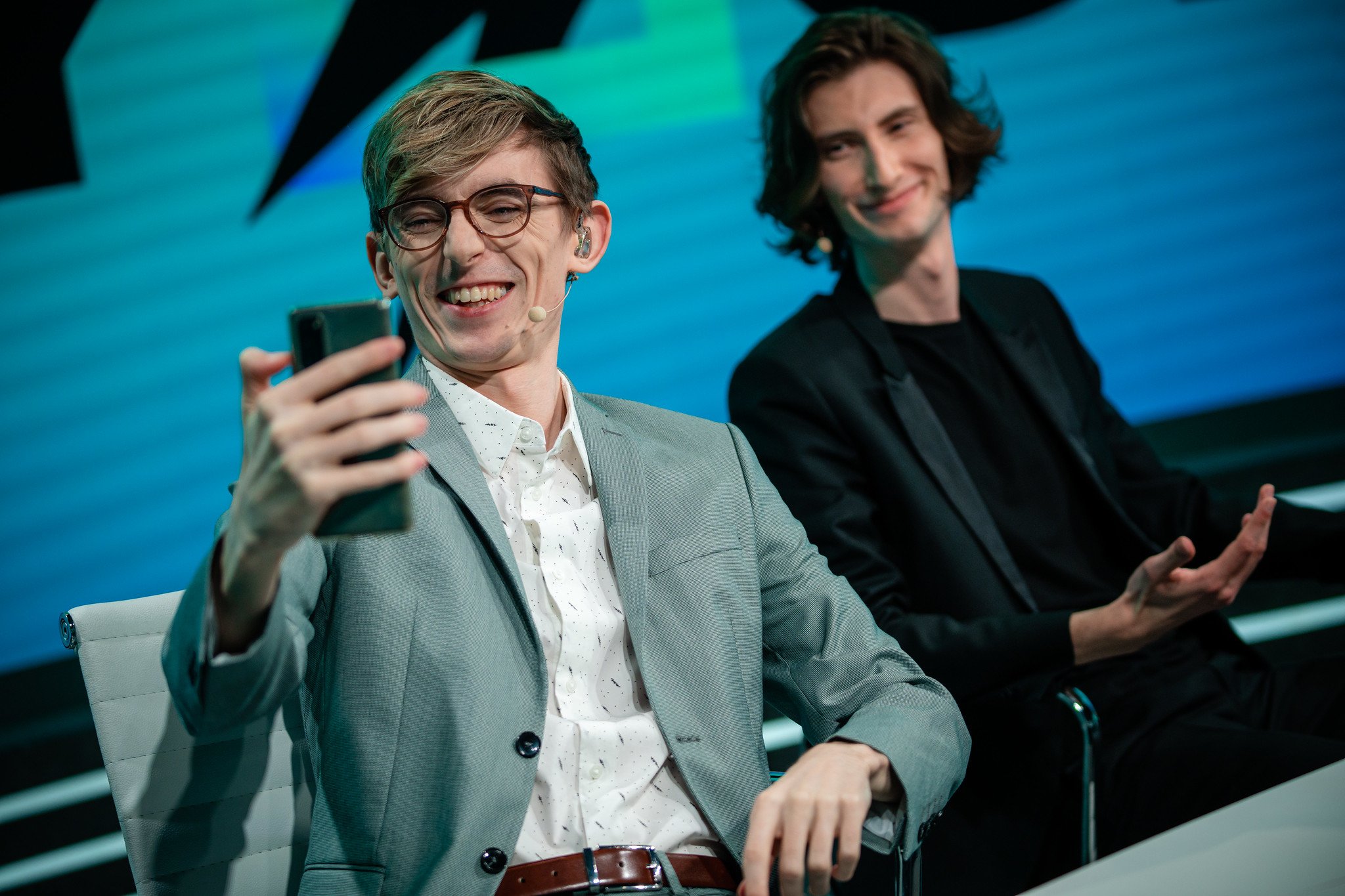 At the game’s core, League of Legends can be an unpredictable ride with many different outcomes. In the LEC, for example, very few could have predicted that one of the most hyped superteams in the league and the defending champions would be barely holding onto a playoff spot after six weeks in the 2022 Spring Split.

While teams struggle to find consistency, other headstrong, talented rosters have risen to take their place in the spotlight. Both old faces and new names are establishing themselves as the new royalty of the region. But right now, there isn’t a definitive king of Europe—yet. There’s still two more weeks left to go, and a lot of movement can still go down as team’s battle for a spot in the postseason.

So far this split, only two top laners have made it to our LEC TOTW selections. And with impressive performances in week six, Wunder makes his mark on our list for the third time, and it’s not a coincidence.

This year, Wunder has taken a much more modest role on his new team. Under Fnatic’s banner, Wunder oftentimes is put on tough matchups and is left on his own until the mid game arrives. His job is to stay alive and become a threat once the five-vs-five teamfights start.

Despite losing the game to Astralis, Wunder still descended from the top lane as a force to be reckoned with. Enemies were aware of his potential, and shut him down at the beginning of most teamfights. Against G2 Esports, Wunder was targeted by opponents early, setting him on the back foot for the first half of the game. Still, he managed his resources well and came in handy in multiple teamfights, becoming an immense threat that they were unable to take care of.

Fnatic inched closer to first place in the playoff race this weekend thanks to more stellar contributions from Razork. This split, Razork has never been “the guy” for Fnatic, often taking a backseat while carries like mid laner Humanoid, ADC Upset, and even top laner Wunder turn games into wins. Still, he’s been a silent benefactor in Fnatic’s success, especially over the last few weeks while the team won four of their last five games.

It’s becoming clear Razork isn’t the definitive headline-maker he was on Misfits, but it could be just him being a product of his environment. What’s important to hone in on when speaking on Razork’s success this split is his relatively low death total—an unbelievably rudimentary statistic that can be branched out and applied to countless other facets of his game. Last summer, Razork had the fifth-most deaths among all LEC junglers while playing with Misfits. This spring, he has the third-fewest among his positional contemporaries, according to League stats site Oracle’s Elixir. That means he’s moving around the map more, contributing more, ganking more, claiming more objectives, and spending far less time in black-and-white mode.

Perhaps the statistic to look in on the most doesn’t necessarily have a place on Razork’s individual stat line, but does on Fnatic’s. Jungle Control, the stat that measures the average share of each game’s total jungle CS, is a category Fnatic lead the league in, according to Oracle’s Elixir. Last summer, Razork and Misfits ranked sixth in that department. The gold flowing out of Fnatic’s ability to control both sides of the jungle, and subsequently the map, is a byproduct of Razork’s ability to consistently raise Fnatic’s floor by simply staying alive.

When judging a League player on whether they’re a star to stay in the league, one great week is chance, two weeks is coincidence, and three weeks is a pattern. After six great weeks in the league, it’s (unofficially) official: Vetheo is rightfully a top-three mid laner in Europe.

The 19-year-old has been rising in the ranks of many fans and analysts, and so has Misfits’ performances with their second 2-0 weekend in a row. This time around, Vetheo locked in two meta mid laners in Corki and Ryze, and crushed the competition with 11 kills and 17 assists without a single death. In fact, he’s only died 19 times this season, which is one of the lowest death counts in the LEC, according to Oracle’s Elixir. He also has the highest kill-participation percentage and the highest kill share in his role, holding 33 percent of his team’s total eliminations.

He has become a picture of consistency on a roster that doesn’t have much starpower to boast. But who knows; we might be looking at the next leading lads to blossom in this region with Misfits, who are now tied for second place with Fnatic at 9-4.

Rogue’s AD carry returns to our TOTW after two matches that saw Comp and his teammates come back victorious. Although Upset still ranks highly in bot lane role statistics, Comp has once again proven himself capable of flexibility, tenacity, and cohesion with his team.

In the first match against MAD Lions, the AD carry picked Aphelios, a champion he had yet to use during this Spring Split. Taking first blood against MAD Lions’ bot duo, Comp then performed in a match in which he wasn’t the main protagonist but still made his presence clear on the Rift by being a constant presence in teamfight scenarios. Rogue went on to conquer their 10th victory by defeating the reigning European champions.

The following day Comp went for a more comfortable pick, choosing Jhin for the fourth time during this Spring Split. Also in the game against Vitality, the bot lane was fundamental for Rogue. The pressure derived from the opponents in the top lane allowed Comp and Trymbi to set their own rhythm in the bottom lane, bringing advantages to everyone in the macro game. One Curtain Call after another allowed Comp to close the game with not four, but five kills to his side. The curtain finally closed after 30 minutes with another win for Rogue, who are getting closer and closer to stepping onto the big stage of the playoffs.

Next week will be decisive for the AD carry who will go up against the only person who has surpassed him in KDA statistics, according to Oracle’s Elixir. Rogue will face Fnatic, and the match will see Comp face off directly against Upset.

Fnatic didn’t have an ideal start to week six when they lost their opener to Astralis. They bounced back convincingly in their second match, however, securing a win against G2 Esports.

Hylissang returns to our TOTW list after three weeks. His start wasn’t perfect as he played Rakan in the match against Astralis and kept getting caught throughout the game. But he pulled out Pyke against G2 and delivered with an impressive performance, becoming one of the best initiators in the match. He ended the game with the KDA of 3/2/4 and helped Fnatic build an early lead with his aggressive playmaking. Hylissang also has the highest average gold difference (203) among all the supports in LEC 2022 Spring Split so far, according to Oracle’s Elixir, further showcasing his potency with his AD carry Upset to produce early leads for the team. His main strength lies in making fearless plays around the map to help his team and capitalize on every mistake the enemy makes.

As one of the European League veterans, he is a mastermind at his craft and doesn’t need to prove his proficiency. The way he adapts and outplays his opponents in each match is a remarkable feat to achieve.