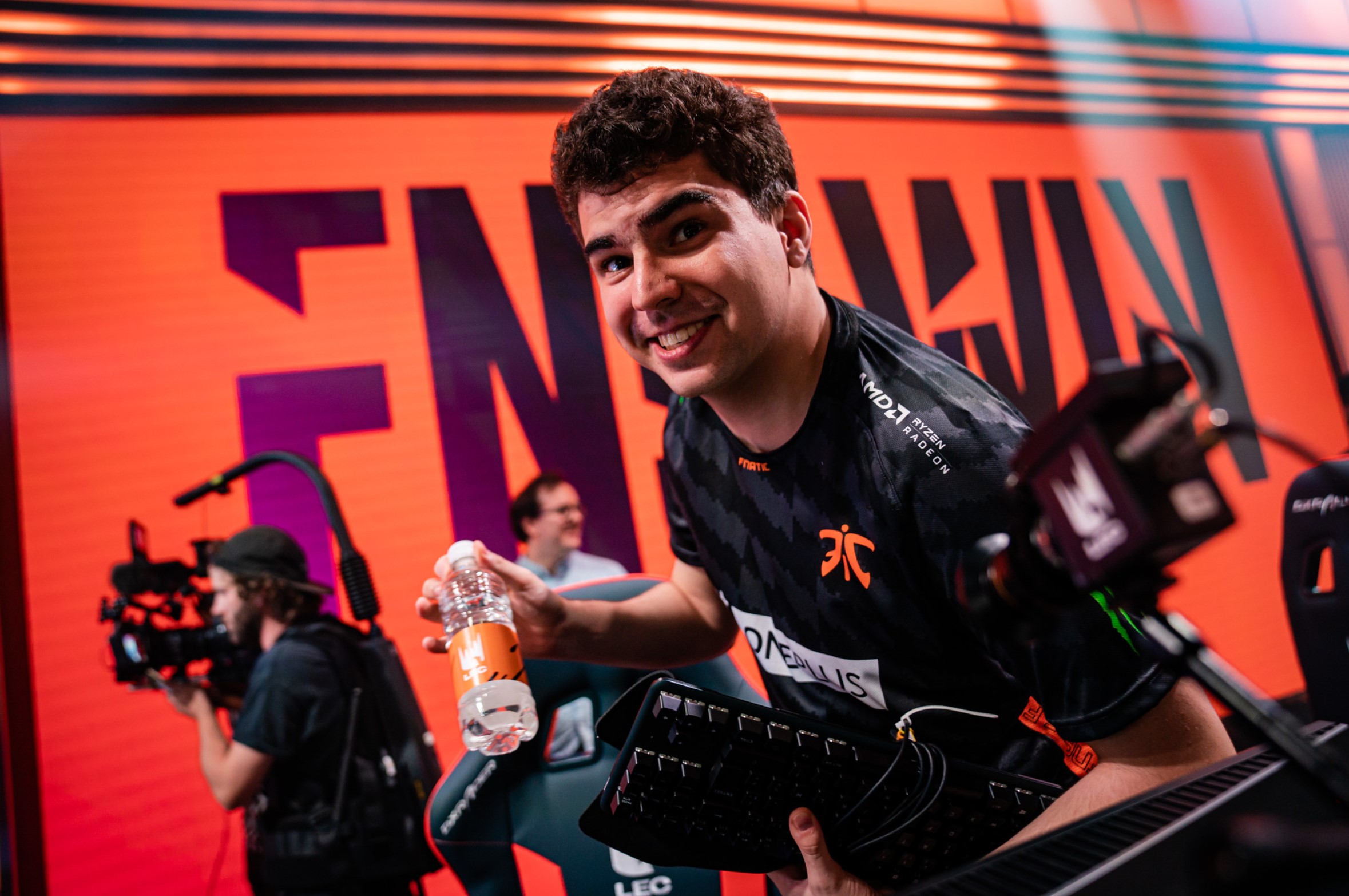 As part of the LEC’s consistent stream of promotional content ahead of the 2021 Spring Split’s opening day this week, the league released an 8-bit style video earlier today.

The concept of the video revolves around representatives from each team in the league being “summoned” by a hooded, 8-bit adaptation of LEC caster Daniel Drakos to capture the coveted LEC trophy. Some of the players featured in the video include longtime LEC legends like Hans Sama, Bwipo, Gilius, and others.

In the promotional video, the LEC studio is transformed into an obstacle course of sorts, with the players traversing over spikes and pools of lava to claim the LEC trophy. At the end of the course, players from all 10 teams work together to take down an 8-bit version of Baron.

Approximately halfway through the video, former G2 Esports franchise player Perkz—who recently departed the league to join Cloud9 in North America—swipes the trophy and even taunts Fnatic’s top laner Bwipo when the two pass by the LEC’s wall of former champions.

This video is only a sliver of the promotional material that the LEC has released in the past week as we head into opening day. Just yesterday, the league released a ’90s-themed video introducing this year’s broadcast crew.