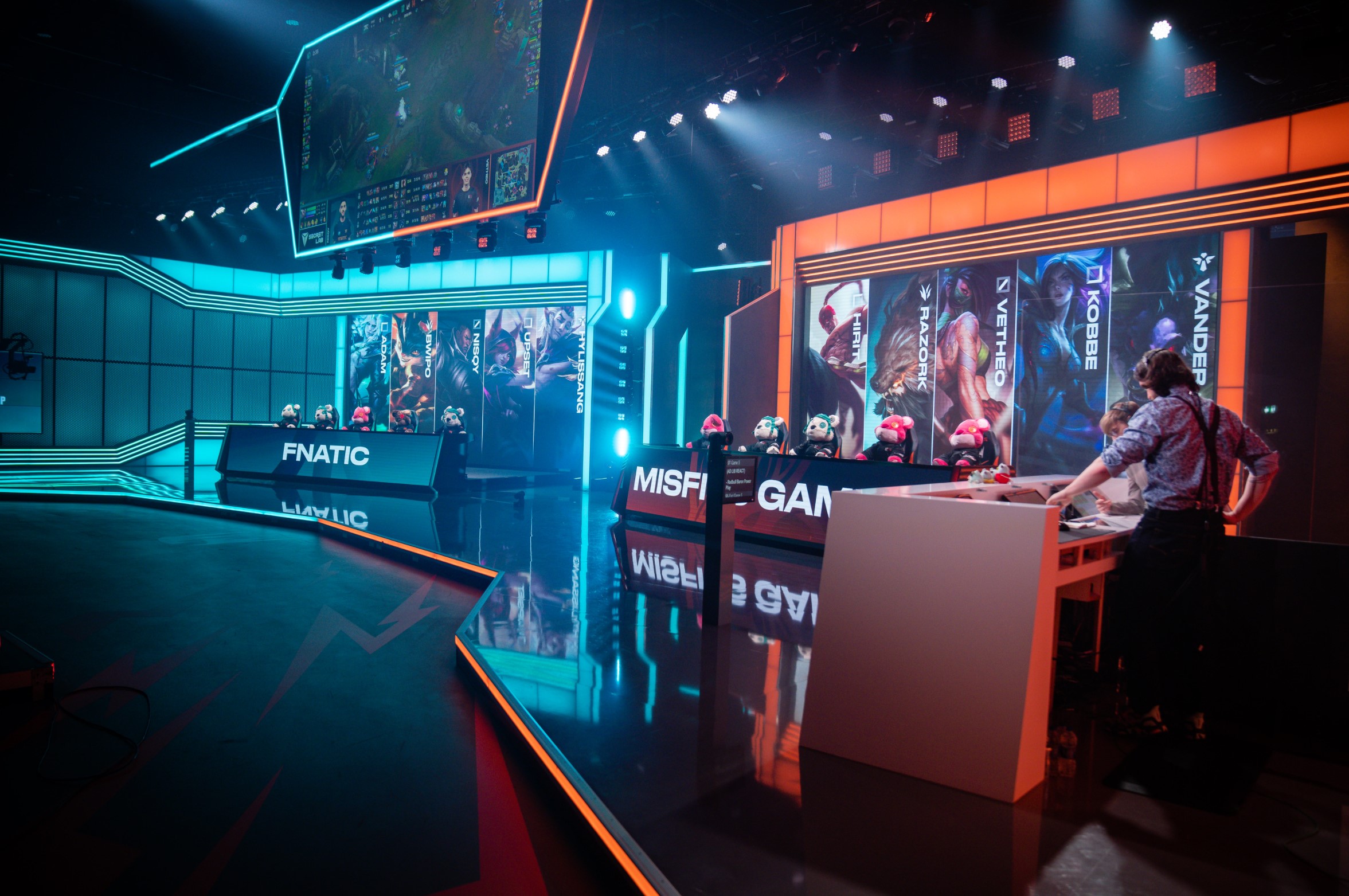 We’re only one week into the 2022 League of Legends European Championship (LEC) Spring Split and the league is already in the process of being flipped on its head. With preseason favorites crumbling and unlikely underdogs gaining early ground in the standings, the LEC is shaping up to be far more competitive than we originally thought.

This week, our power rankings reflect the tightening nature of the LEC. Seven of the 10 teams in the league have seen their position on our table change to some degree since the preseason. After the first “super week” of the year, two teams sport undefeated records, while two more have yet to record a win. With the first three games of the season in the books for everyone, our views of individual teams may have shifted, with some squads rising up our power rankings and certain title contenders sliding down.

With the results of week one in mind, we asked our team of League writers to rank the squads of the LEC based on relative strength and first impressions. Here are our LEC Spring Split power rankings after one week of games in 2022.

Both Astralis and Team BDS ended the first super week of 2022 in a rough state. The former closed out the week with three losses, while the latter picked up just one win against Excel.

Astralis held their ground against Misfits, but that wasn’t the case in their second and third matches of the week. There was nothing Astralis could do against G2 Esports and then Rogue. Dot Esports talked to Astralis’ head coach AoD, and according to him, the communication within the team was “hit or miss” during the first week. This first week of action surely brought to light some stuff that the team has yet to make progress on. “We want to improve from week to week,” AoD said. “Especially by the end of spring, we really wanna see a lot of progress.”

Similarly, the new team in the league has yet to find their synergy. And even with only one win to their name, Team BDS have what it takes to give their opponents a tough time. The aggressive playstyle showcased by some players on the team helped them against Excel, but the same can’t be said for their games against Fnatic and Misfits. In an interview with Hotspawn, top laner Adam revealed that they had a lot of “miscommunication” that resulted in “frustrating” games. Part of this might be caused by the lack of experienced players on the team and the absence of a “captain” among them, according to the player. “I’m not that worried,” Adam said. “I’m pretty sure that we will be a strong team. Maybe not now, but maybe in summer.”

Despite these first games in which both Team BDS and Astralis didn’t look too strong, League fans can still expect them to be the protagonists of explosive matches and unpredictable results. At this stage, it’s still anyone’s game.

The rosters of both Excel Esports and SK Gaming changed immensely during the last preseason. But it was still unclear how these new players would impact the performances of these teams since both ended the 2021 season at the bottom staring at the top squads from afar. In the first weekend of the 2022 LEC Spring Split, however, both XL and SK proved their doubters wrong, stepping up and taking down some of their biggest opposition in two major upsets only a day apart.

SK taking down the 2021 Spring and Summer Split champions in MAD Lions and XL usurping the LEC “superteam” of Vitality were just the tip of what these teams can accomplish throughout 2022. Despite both teams ending the weekend with negative records, these major victories indicate new power resonating within these two rosters, as well as an LEC scene where upsets like this may become increasingly possible.

Unlike Vitality, G2 had a relatively easy schedule to blood their new roster additions. Wins over Excel and Astralis plus an expected loss to MAD Lions put G2 in a three-way tie for third. But still, the win over Astralis left something to be desired, Zanzarah’s Trundle performance notwithstanding. Even without Grabbz as their coach, G2’s new additions have taken to the team’s philosophy of bold picks and catching opponents off guard. Early on in the split, with the meta as relatively ill-defined as it is, that kind of risk should at the very least be recognized.

Jankos and Caps still have the ceilings to be the best mid-jungle in Europe, and Broken Blade in the top lane has already given this team an entirely new dimension to play through. On the good and bad teams he’s been on, Broken Blade has consistently proven his mettle as a carry threat with a champion ocean that can take a backseat when needed, as any top laner worth their salt knows. G2 might not be back just yet, but things seem to be looking up.

Similarly, Misfits took advantage of a relatively weak schedule to match G2’s record. Mid laner Vetheo had himself a week, and even though it was against weaker competition, him reaching his ceiling will be imperative to any sort of consistency that Misfits want to achieve. He and Shlatan showed moments of great synergy in their mid-jungle pairing and HiRit’s champion pool seems as strong as ever. The question will be the bottom lane of Neon and rookie Mersa, but even then, in their loss to Rogue, the Misfits bottom lane got hard-camped early but managed to stay even in farm and still have an impact. This is right around where Misfits can reasonably expect to be in the LEC pecking order.

Some Vitality fans might be tempted to panic after a disastrous, winless first week, but this slow start to 2022 shouldn’t be too surprising. Granted, a single win would have been welcomed with open arms, but even superteams need to learn how to walk before they can run on Summoner’s Rift.

Rarely do superteams instantly click when it comes to a fresh year, and Alphari, Perkz, Carzzy, and Selfmade are all vocal players with unique ideas when it comes to playing League. As a result, they all still need to figure out what strategies they’ll be running and how they’ll manage this collection of personalities without having them clash with each other.

Even though a 0-3 record is worrisome, the season has only just begun and improvements are bound to be on their way. One silver lining for Vitality is that Alphari stomped the laning phase with the highest early-game stats in the league, according to Oracle’s Elixir. Since they can still rely on that consistent factor, Vitality have something to build on while the team fixes their overall coordination and teamfighting in the late game.

It feels bizarre to talk about the top three teams in the LEC without having to mention Vitality. We were so sure of ourselves prior to the season that Vitality would go wire-to-wire this year, so to see three other teams all get the better of them less than a week into the new season is something that caught all of us off guard.

While Vitality has its growing pains, though, others from around the league are taking advantage. Fnatic and MAD Lions, for starters, beat up on the slowly-growing Vitality to jump ahead of them in the standings (and our rankings), while Rogue had the luxury of earning three wins against other relatively weaker squads to earn their perfect week. Had MAD Lions not fallen apart in the final moments of their game against SK Gaming, they’d be 3-0 too.

This past week has served to prove that maybe the LEC isn’t a one or even a two-team race like we originally thought. Perhaps if MAD Lions and Rogue (and even other teams with winning records like G2 and Misfits) are able to establish their playoff case for longer than just one week, the LEC could develop into the most competitive domestic league in the world.

Rogue and MAD Lions will face off today in what should have been named the LEC’s match of the week—especially considering the two could be locked in a playoff race for several more weeks to come.