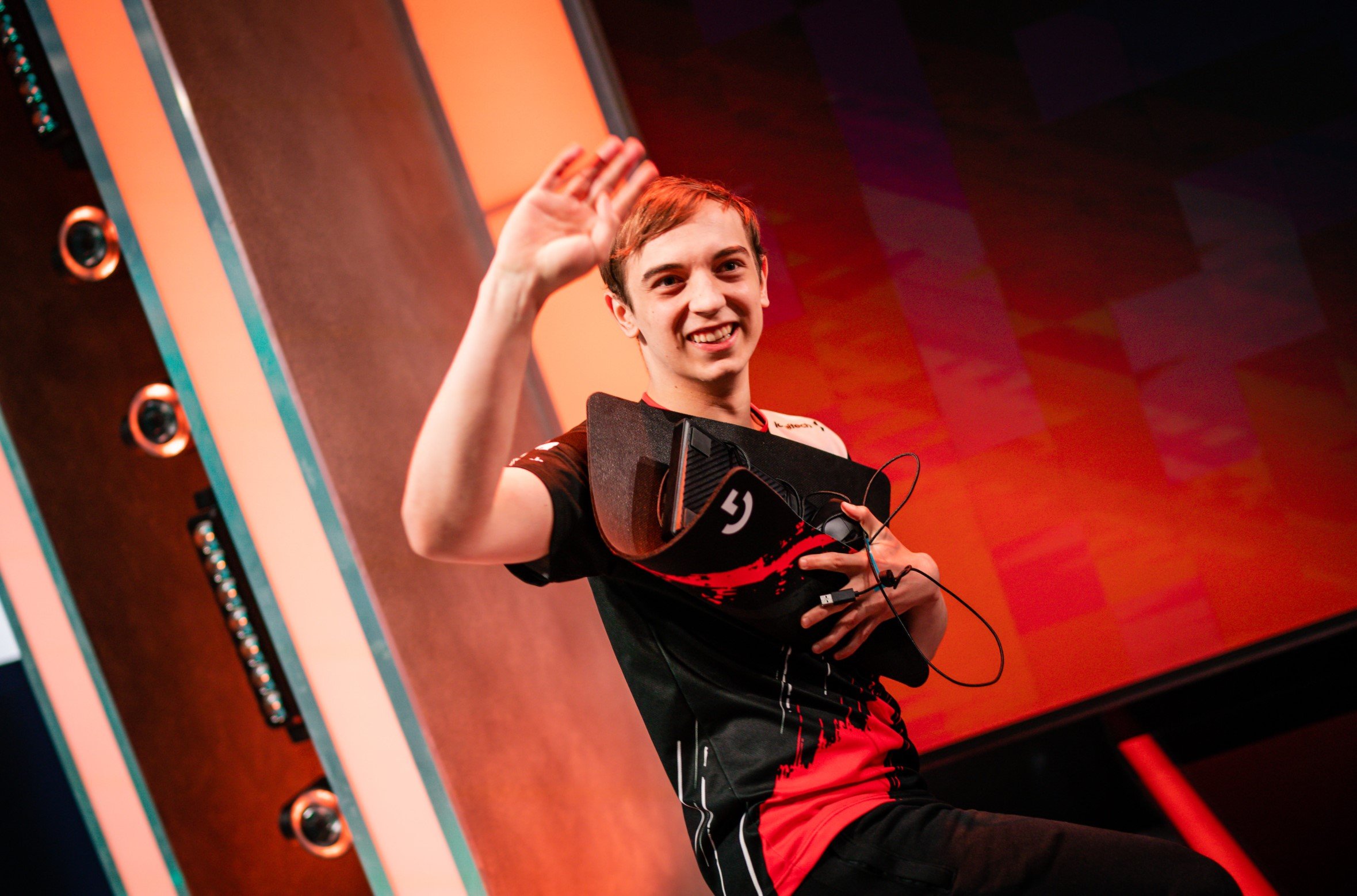 Two weeks of play are in the rear-view mirror for the LEC.

Even though there’s still a significant amount of time left on the table for the league to come into its own, many of the teams throughout the region are beginning to develop certain patterns during the early portion of the season. G2 Esports’ hopes of a perfect split were cut short, Fnatic are trying to find their footing early on in the year, and Rogue have emerged as Europe’s “team to beat.”

And as the LEC only gets more competitive, with more emerging contenders crawling out of the woodwork, the objective positions of each team in Europe in terms of rank are only going to inch closer together. With that being said, we asked our team of League of Legends experts to break down the LEC’s early-season developments.

Here are our power rankings for the 2021 LEC Spring Split after two weeks of play.

Before the start of the season, many people said Vitality and Astralis would have plenty of work ahead of them if they wanted to break into the upper echelon of the LEC. After two weeks, things have fallen into place as predicted, with both teams sitting at the bottom of the standings with only one win.

In terms of stats, both teams aren’t looking too great. Three of the five lowest KDA players belong to Astralis, according to Oracle’s Elixir. As a team, they also have a lowly 0.46 KDA, with a massive -1,891 average gold difference at 15 minutes.

Vitality’s team stats do look a bit better than Astralis, but not by much. They have the third-lowest KDA in the league with a -499 average gold difference at 15 minutes. They also have the lowest mid-to-late game rating of any team in the LEC at -30.5, according to Oracle’s Elixir, which means they’re rarely able to transfer any early-game success into anything more than a loss at the moment.

Both of these teams aren’t getting any favors with their week three matchups, either. Astralis will face Fnatic and Rogue, while Vitality are set to face off against G2 and MAD Lions. All four teams are vying for the top of the league, which could easily end in a winless week once again for these two struggling organizations.

“Growing pains” is the name of the game thus far for these three squads. Excel and SK Gaming find themselves in the cluster of teams that remain tied in the middle of the LEC. If they can string together a few winning weeks while keeping their heads above water throughout the remainder of the split, they could make a playoff push toward the end of the season and sneak in by the skin of their teeth.

But while those two squads weren’t particularly favored to make a whole lot of noise this season—especially during the early stages of the season—Fnatic is one team that finds itself failing to meet expectations. The squad has come out on the losing end of winnable games on multiple occasions over the last two weeks. Games against Misfits and MAD Lions, most notably, could have been landmark victories for Fnatic that fell out of their hands early on.

Fnatic have played the first five games of this season without the traditional “pep-in-the-step” approach that carried the organization to greater heights in 2020. Perhaps the team is still trying to find its place in the league after losing two cornerstone players in Nemesis and Rekkles. When two talented pieces both leave any team in the offseason, expectations for a rocky takeoff to start the regular season might be in order. Still, Fnatic have the chance to get off on the right foot this week with what should be a relatively easy matchup against Astralis on Feb. 5.

After two weeks of play, it’s clear that these three teams are set to hang around throughout 2021. While they might not stand out as certified title contenders just yet, MAD Lions, Misfits, and Schalke all have enough firepower to make deep postseason runs of their own.

A 2-0 week two from MAD Lions quickly put them back on track after falling behind early during the LEC’s opening “superweek.” Strong performances from Armut and Elyoya (the latter of whom leads all LEC junglers in kill percentage with a mark of 76.9 percent, according to League stats site gol.gg) helped propel MAD Lions back toward the top of the league, where the team should be expected to hang around for the better part of the season.

Schalke 04 are on the other side of that coin. They’re a team that wasn’t necessarily expected to shoot up the rankings this week but they made their way into the upper half of the league after pulling off a massive upset over G2. This win thrust Schalke into a tie for third place alongside MAD Lions. And now, moving into week three, it’s going to be more important than ever for Schalke to continue to build momentum. Relatively tough matchups against Rogue and Misfits highlight the team’s schedule this weekend. But if Schalke can take at least one of those games to the bank, it wouldn’t be totally unreasonable to categorize the franchise as an early-season playoff contender.

On its face, it might seem unfair that G2 are ranked higher than Rogue despite their records. In fact, none of our writers put Rogue over G2. But if you dig even a little bit deeper, it partially comes down to strength of schedule. G2 have beaten MAD Lions, who are the third-best team in the LEC, while Rogue’s best win is over either Misfits or Fnatic, neither of which screams “quality win” right now. Additionally, Rogue’s two wins over Misfits and Vitality didn’t inspire a ton of confidence, especially the latter. Rogue are a very good team with extremely good players, and honestly, they might put together a better regular-season record than G2. But when the chips are down and you need a team to come up with a moment of genius to win a game, all bets are off.

Yes, you can only beat what’s in front of you, but almost a third of the way through the split, G2 would still be slightly favored in a best-of-one and heavily favored in a best-of-five. They’re simply better right now and their loss to Schalke 04 isn’t looking too bad at the moment. If Rogue can dominate Schalke to kick off week three, that might change—but that’s next week’s problem. And if there’s one thing we know by now, it’s that G2 could be 1-4 and they wouldn’t drop any lower than fifth on a bad week. They’re still the best and inarguably the most talented squad in Europe.