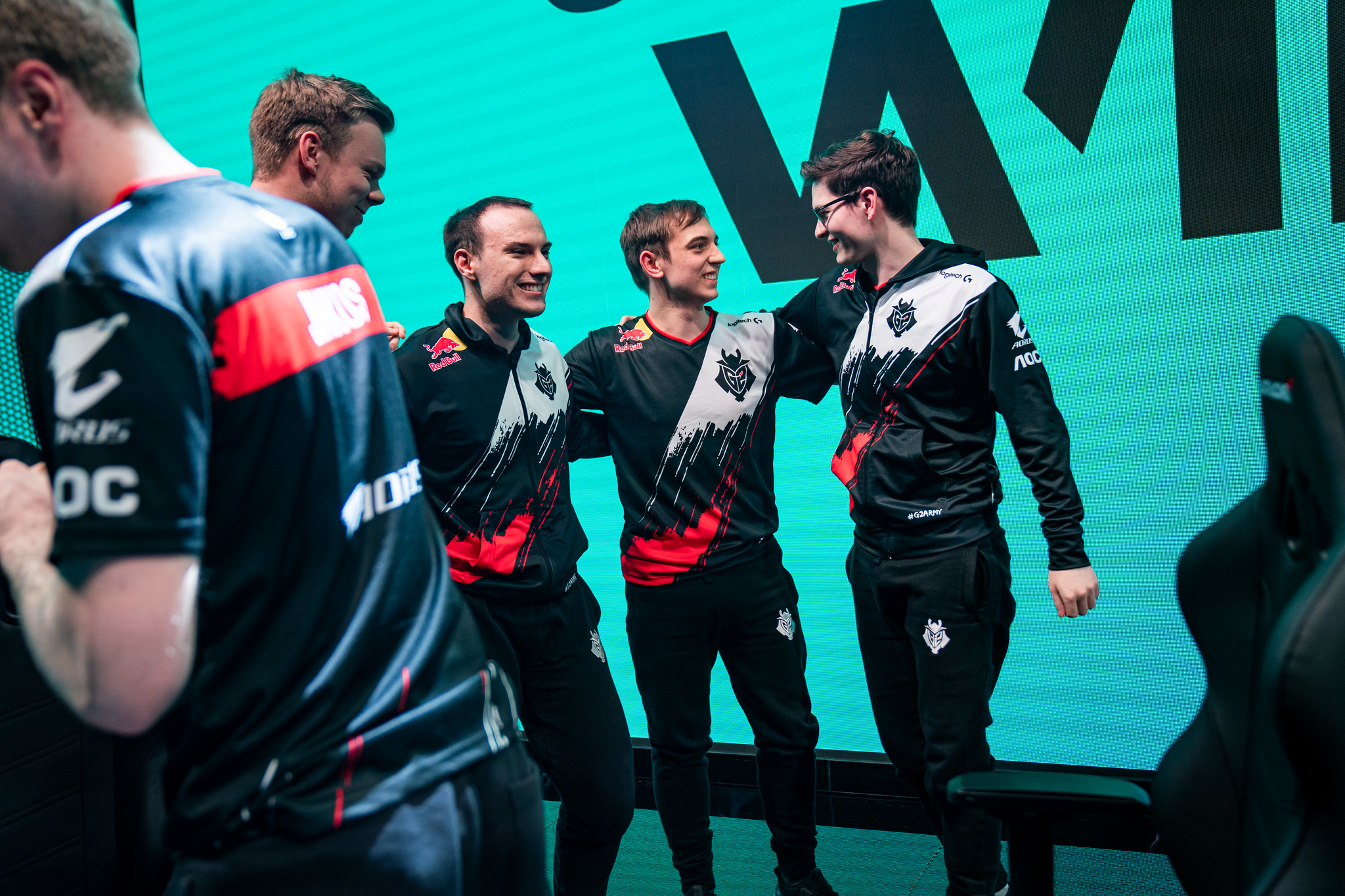 After the second week of the 2020 LEC Spring Split, we wrote that doubt was fading about the fate of the league this year. G2 Esports looked like the best team after beating Origen.

After week three, we might as well give them the trophy. G2 took down another top team, Fnatic, in dominating fashion. In the process, they revealed the massive gap that exists between first place in the league and all the other teams.

That means that for the fourth-straight week this split—and their streak extends longer if we go back to last year—G2 earned all the top marks from our panel of League experts. When we asked them to assign each team points from one (worst) to 10 (best), G2 scored only perfect 10s.

But after G2, there was a shakeup in the middle tier of playoff teams looking to challenge for the last weekend.

Not the teams we’re looking for: SK, Schalke, Vitality

Over the last two weeks, we’ve written a lot about Schalke’s failures. Shockingly, after a jungle swap, nothing changed in week three and they’re still winless. Forgive us if we don’t say more, but 2020 has been a nightmare for this team, not a dream. And now, their “star” bot laner is leaving:

Vitality actually started their game against Excel ahead off of two great jungle ganks. But then, in what has become a classic Vitality move, they were unable to close the game out. Mid laner Lucas “Saken” Fayard has struggled to show that he belongs at the LEC level. That doesn’t mean Vitality should outright bench him—they’re bad enough that they can afford to play him. But it does mean that they should look to get creative with everyone they have under contract. Maybe try him out at a less-important role and see if his mechanics can carry.

SK got the win over Schalke by making totally obvious plays that Schalke looked powerless to stop. It’s not a good sign that the only two wins they’ve gotten are over Schalke and Vitality, but at least there’s some consolation that it could be worse.

There’s a 22 point gap in the power rankings between Misfits at the top of this tier and Excel at the bottom. But to us, they all kind of look the same in that we don’t take them seriously as competitors for the top three.

Misfits continue to win and we continue to be skeptical. Despite beating Origen, only two of our experts had them ahead in their votes. Maybe it’s because we’ve seen this before: Misfits surging ahead in wins before falling apart down the stretch. Then again, jungler Iván “Razork” Díaz is giving us hope that this time, things will be different.

Rogue should have had a win over Mad Lions to prove their spot in these rankings isn’t a fluke, but they opted into a horrible fight after securing a late ocean drake that gave Mad Lions a free Baron. For the most part, they looked like the better team, but they can’t continue to do dumb things with Baron up.

Excel are the Jekyll-and-Hyde group of this bunch. Sometimes they look amazing with mid laner Song “Mickey” Young-min popping off. Then you realize that Mickey is required to pop off because of real deficiencies in how they approach the game as a team.

We aren’t too concerned about Origen’s loss to Misfits. It was one of those games where the opposing jungler was just really hot. In the grand scheme of things, does it really matter who’s in second place and who’s in third behind G2?

They’re playing for second because they just don’t look capable of beating G2. That doesn’t mean that G2 winning the split is assured—we have a lot of games left and things can change. But it’s also true that in their losses to the league leaders, neither Origen nor Fnatic looked like they can really contend from a skill standpoint. Fnatic were pretty even with G2 on the scoreboard, but it never felt like they had control of the map or the game. When G2 flanked them for an extended ace at around 22 minutes, it was what we expected all along.

Losing in the finals at Worlds last year may leave a bit of a bitter taste in the mouth of G2 fans hoping to celebrate an otherwise dominant 2019. The team is washing that feeling away quickly with their play. We should all celebrate just how good this team is while they continue to rack up victories.