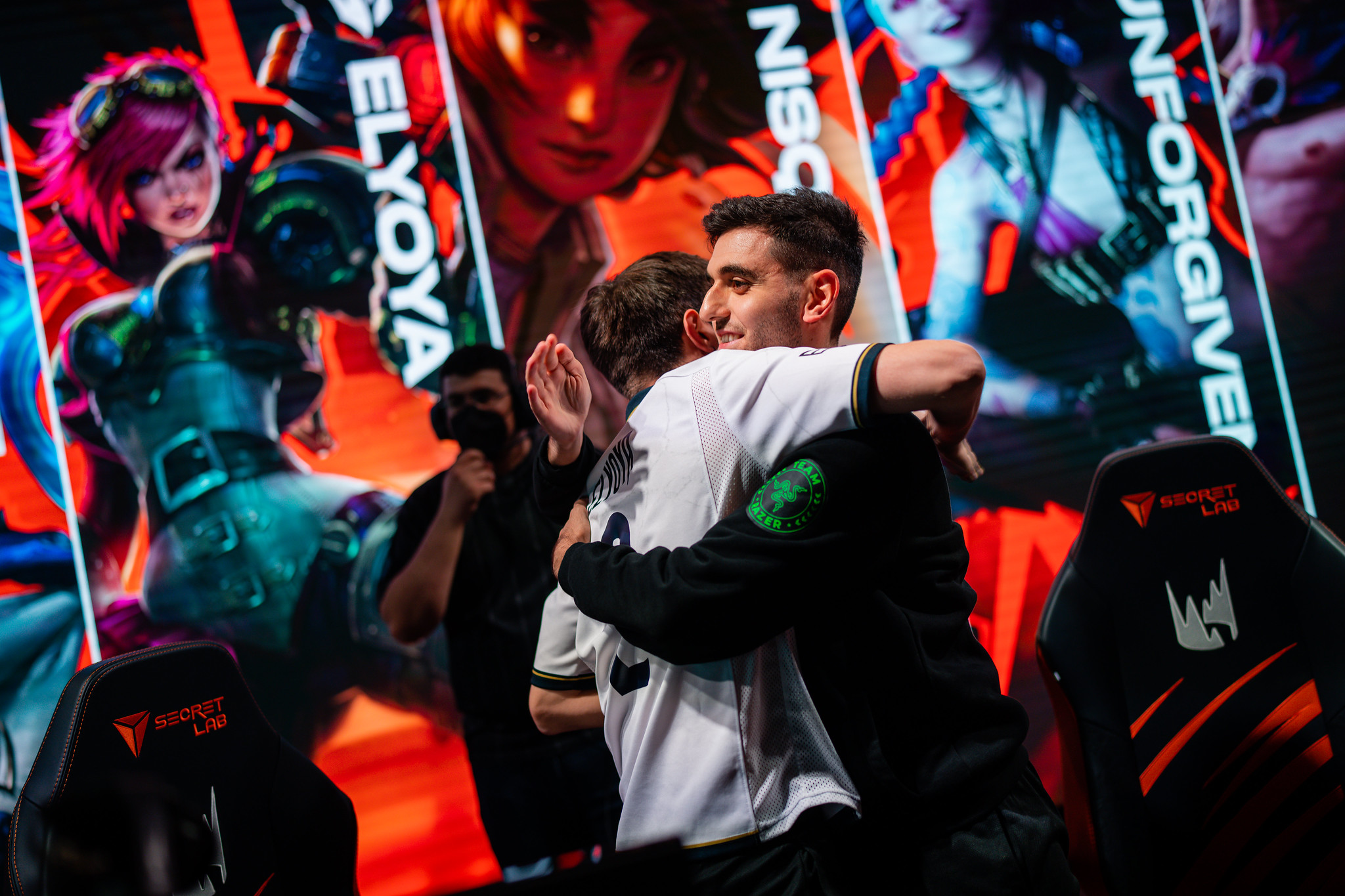 After one of the most closely-contested seasons in recent memory, the LEC has revealed the 2022 Summer Split All-Pro team with a distinct MAD Lions flair running through a majority of the lineup.

The league announced that MAD’s new mid laner Nisqy, jungler Elyoya, rookie AD carry UNF0RGIVEN, and support Kaiser were all voted into the All-Pro lineup following their impressive return to the top of the league this past split. It was a return to form that surprised a few fans since they were coming into the season having lost their marksman Carzzy, along with their star mid laner Humanoid.

Instead, the team surpassed expectations by becoming a top-three team from the fourth week of the summer onward. The team excelled with Nisqy holding down the mid lane with his experience and leadership skills, while also playing a plethora of different champions like Taliyah, Lissandra, Sylas, and Twisted Fate to support his other teammates.

The other players also had great seasons, whether it was Elyoya’s aggressive jungle pathing, Kaiser’s perfect engages, or UNF0RGIVEN’s stellar play through his rookie year. Ultimately, it was a full team effort that helped them garner these awards. The only player left off the list was their top laner Armut, who had a decent season stats-wise but didn’t truly stand out among the other top lane options.

In fact, the only non-MAD Lions member to crack the top squad was G2 Esports’ energetic top laner Broken Blade, who was one of the bigger focal points on the team’s revitalized 2022 roster. The 22-year-old led all top laners with the most kills, highest KDA, and the second-highest gold share of anyone in his role this split, according to Oracle’s Elixir.

The second and third teams were also revealed, with players from G2, Team Vitality, Rogue, and Excel Esports all featured.