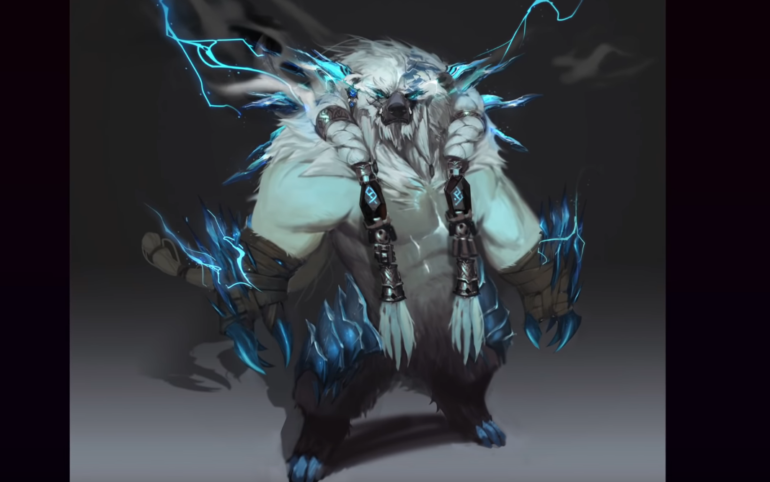 League of Legends fans were disappointed when they found out Volibear’s artistic direction would stray from the Eldritch horror theme. But a free skin might make up for it.

Riot developer Ryan “Reav3” Mireles discussed the state of champions for season 2020 in a Dev Video today, which included the VGU direction for demigod Volibear.

Some League fans hoped Volibear’s new character model would follow the Eldritch horror theme showcased in “Silence for the Damned.” In the short story, the thunder god is portrayed as a four-eyed menacing figure with half of his face “stripped of flesh” and “unnatural” black blood dripping from his teeth. But Riot devs decided to stick with a venerable, but savage, demigod look.

It’s not all sad news for fans hoping to see a terrifying beast as Volibear’s character model, however. League devs plan on creating an Eldritch horror skin for the champion and doling it out for free to any player that owns the skins. Fans who buy Volibear during the patch when the update launches will also get the skin for free.

Those unable to shell out the Blue Essence needed to buy Volibear during the update patch can purchase the skin from the store afterward.

And if Volibear didn’t provide enough horror for you, the Harbinger of Doom’s update certainly will. Fiddlesticks’ rework hopes to frighten and panic any enemies that cross its path, according to today’s Dev Corner post. In keeping consistent with its scary character model, Fiddlesticks’ ability kit will be centered around its fear mechanic.

After two seemingly successful ventures in character reworks, Riot will announce another poll for which champs will receive an update in 2021.