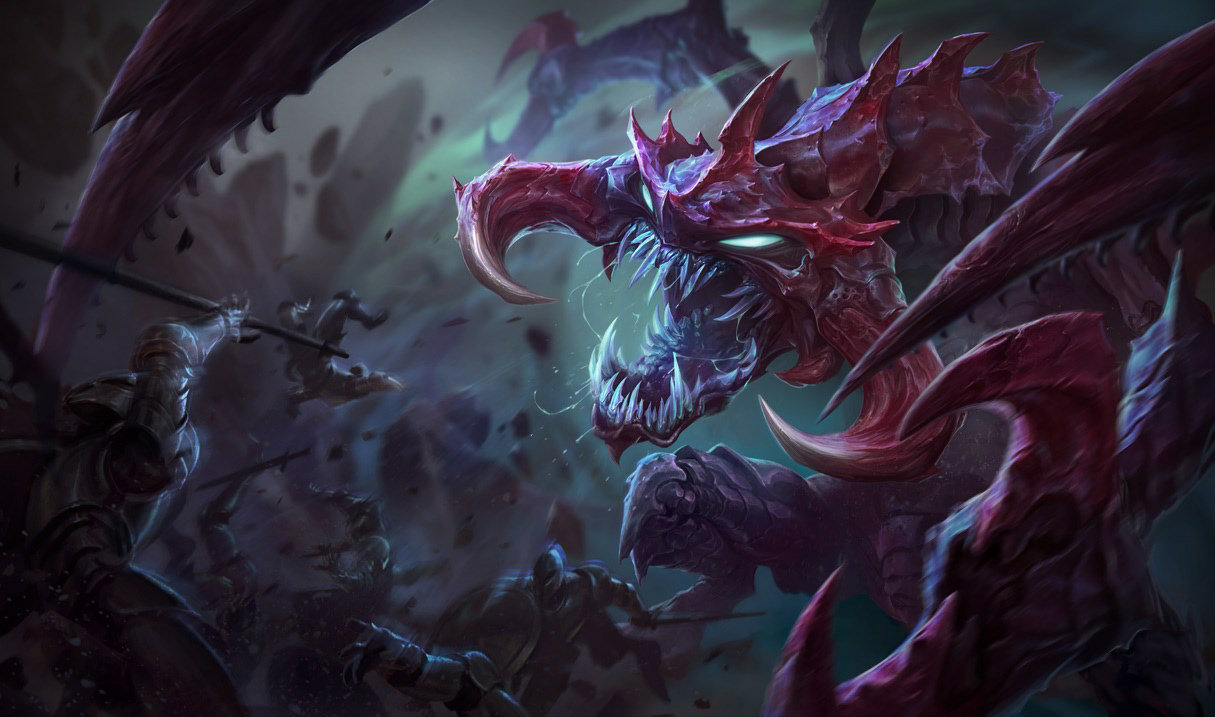 A League of Legends player somehow survived a tower dive in which they tanked 24 shots from the turret in a span of just 30 seconds.

In a clip posted to Reddit earlier today, a League player was playing a game as Cho’Gath and executed a late-game tower dive alongside their team.

The dive began with the Cho’Gath player finding a standard knock-up with Rupture (Q) on an opposing Yasuo player. From there, chaos ensued. The Cho’Gath player ran rampant on the enemy players, taking minimal damage from an inhibitor turret, as well as the entire enemy team. The Cho’Gath player entered the fight with over 5,500 max health, 465 armor, and a Mountain Soul to cap it all off.

There was even one point approximately halfway through the teamfight where the Cho’Gath player thought about leaving the enemy base and allowing some nearby minions to pick up the turret’s aggro. Instead, they decided that staring death in the face and continuing to tank the tower for 12 more seconds wouldn’t hurt.

During this time frame, the Cho’Gath player also tanked three ultimate abilities including The Box (R) from Thresh, Umbral Trespass (R) from Kayn, and a Slicing Maelstrom (R) from an opposing Kennen player to boot.

But what’s most impressive, though, is that throughout the course of the extensive 30-second dive, the Cho’Gath player still helped their team secure a five-for-zero ace and walk away with just over 20 percent of their health pool intact. Even after all of their best efforts, the enemy players would have had to do at least 1,500 more points of damage, not accounting for the Cho’Gath’s armor and magic resistance.