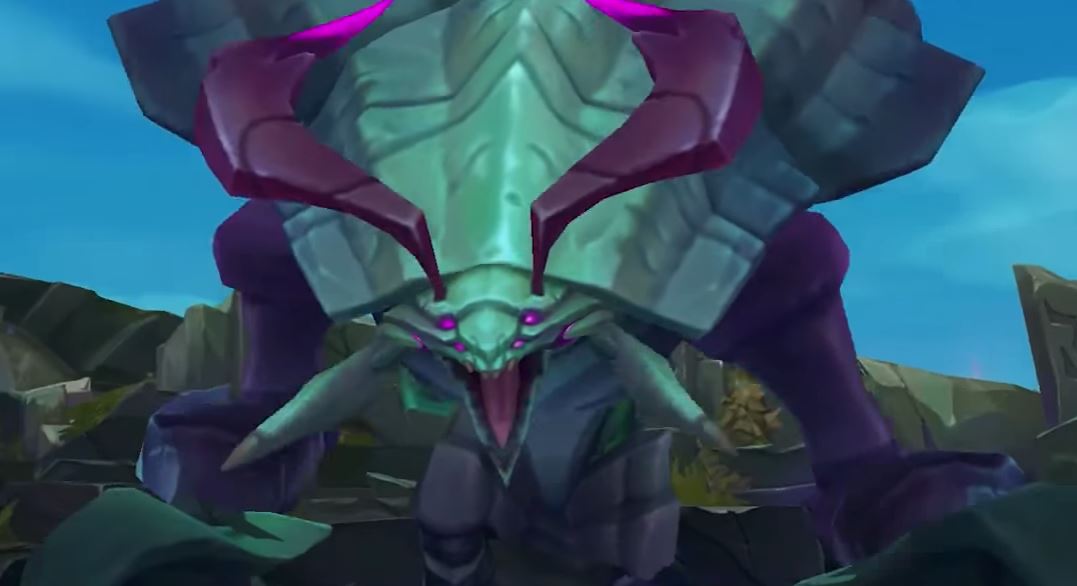 Well, this isn’t something you see everyday.

One League of Legends player was able to land a double kill on two low-health targets with Rift Herald, posting the hilarious play earlier today.

During an intense mid lane skirmish, the enemy Annie used Tibbers to engage on Graves. Urgot quickly came to his ally’s defense, with the help of a stray Ezreal Trueshot Barrage (R), forcing Annie to Flash toward her tower. The enemy Maokai also dove in but instantly regretted that decision after getting chunked heavily.

Though the two low-health targets retreated to their tower for safety, a summoned Rift Herald had other plans. Shelly dug her feet into the ground and charged forward, claiming a double kill for the surprised Graves who summoned her.

The monster’s charge was also perfectly-timed with Maokai’s Flash, leading one Reddit to comment that Shelly “predicted” the summoner spell and is “actually smurfing.”

Shelly’s leap attack deals heavy damage to structures. But any nearby champions caught in the charge’s path take 200 percent physical damage, according to the League wiki. With both enemies nursing a sliver of health, it didn’t take much for Shelly to finish them off.