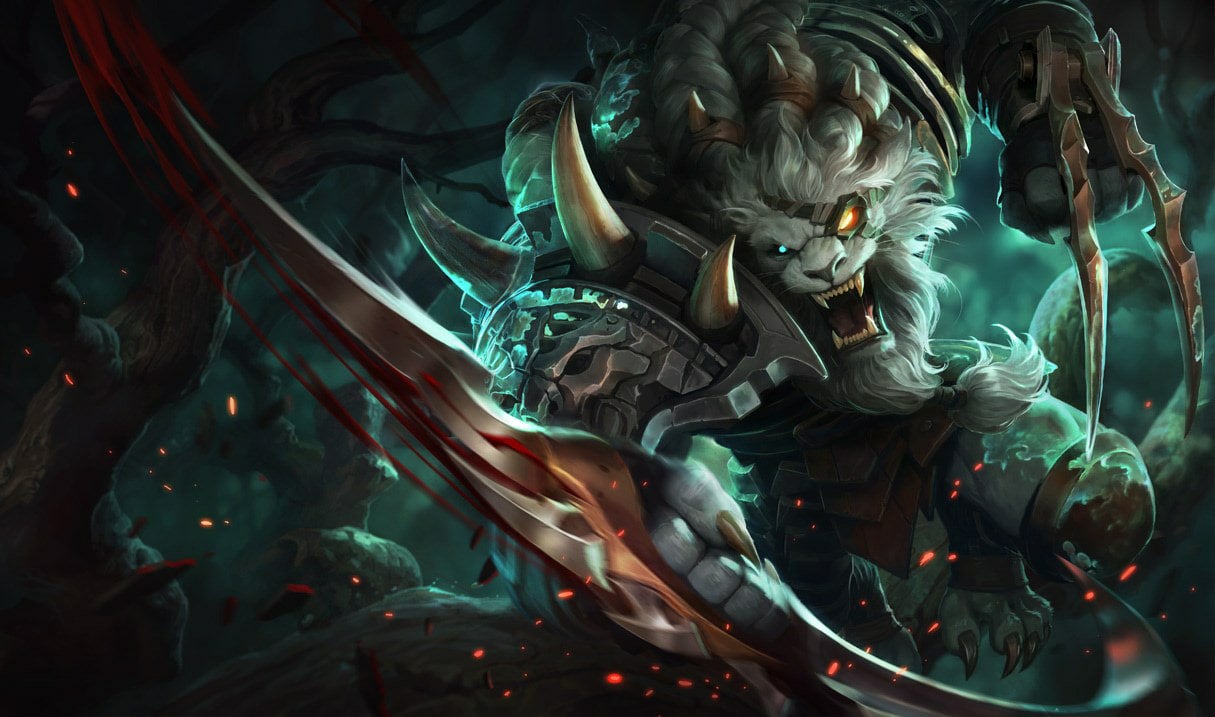 League of Legends’ new limited-time game mode Ultimate Spellbook allows for the creation of many different and peculiar ultimate combinations. While some ults don’t synergize well with certain champions, others bring out a champion’s wildest fantasies and allow them to exploit the best parts of their kits.

When a Reddit user saw that Zoe’s ult was available to pair with his Rengar pick, he didn’t pass on the opportunity. This clip showcases how unexpectedly strong this combination is, with Rengar being able to take down two opponents simultaneously thanks to this increased movement.

Zoe’s ult—one of the ults in the game with the lowest cooldowns—has her jump through a portal to a designated area for a short duration, then hop right back to where she started. This works well with Zoe’s kit since her Q does more damage the further it travels. Other champions with this ult normally wouldn’t reap the same benefits since many would attempt to use it to escape, only to end up right back in the enemy’s clutches.

With Rengar, however, this player showed that Zoe’s ult does have its perks when used by other champions. To outplay the opposing Rengar and Akshan in the top lane, this Rengar player used Zoe’s ult to jump into bushes, providing him with increased range and power on his auto attack. The player was even able to use this empowered auto before being forced back to where he began Zoe’s ult, which ended up helping him secure the kill on the distant Akshan.

Unexpected combinations like this are available for players to discover in Ultimate Spellbook. This game mode, alongside the Sentinels of Light event, will stop being available on Aug. 10.