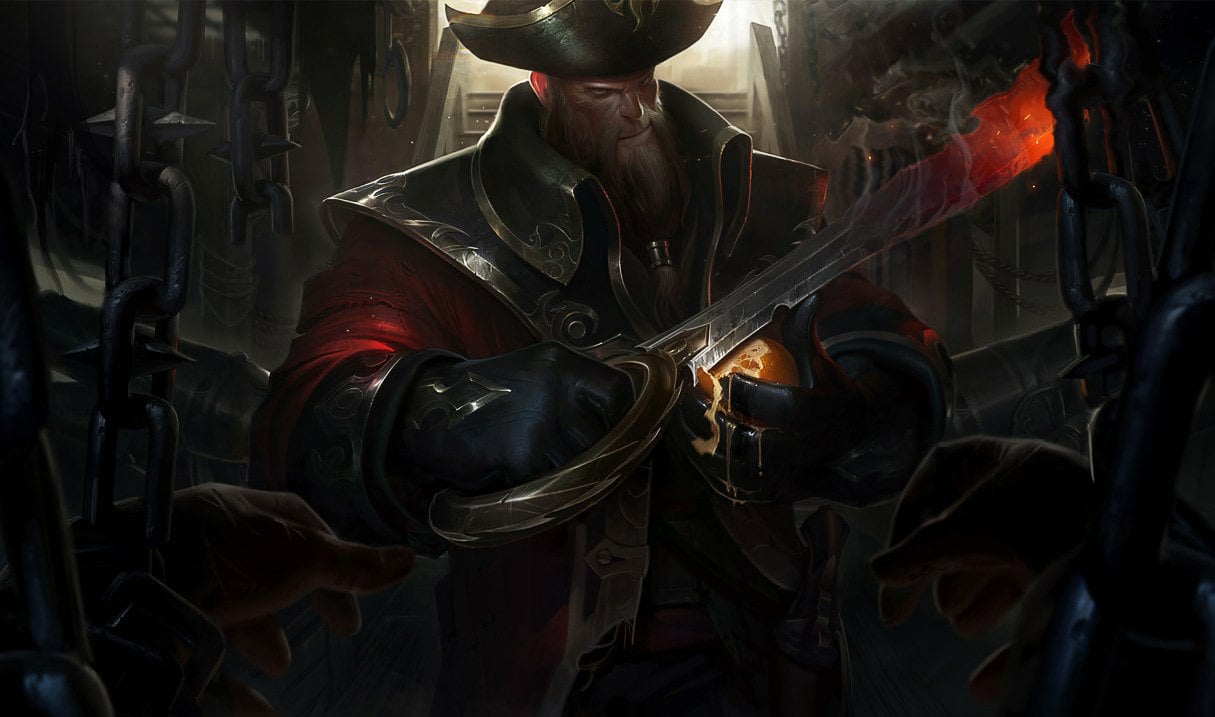 A League of Legends player picked a quadra kill by simply sitting in base and letting loose their ultimate ability.

Upon initial impact, the Cannon Barrage (R) secured two kills over its 12-second duration, leaving two other players severely wounded and forcing them to peel off of the Baron. But the opposing team’s jungler stayed headstrong and made an attempt to finish the objective. The rest of their team left them to die, however. And by the time their teammates returned to the pit, the Baron’s damage was too much to withstand and the team was wiped while Nashor survived with a measly 300 HP.

Since Gangplank’s ultimate dealt a significant amount of damage during the encounter and only a few seconds passed in between the opposing players’ deaths and the casting of the ability, the Gangplank player was awarded a quadra kill for their efforts. Perhaps if they had waited an extra second or two, they could have stolen the Baron as well.