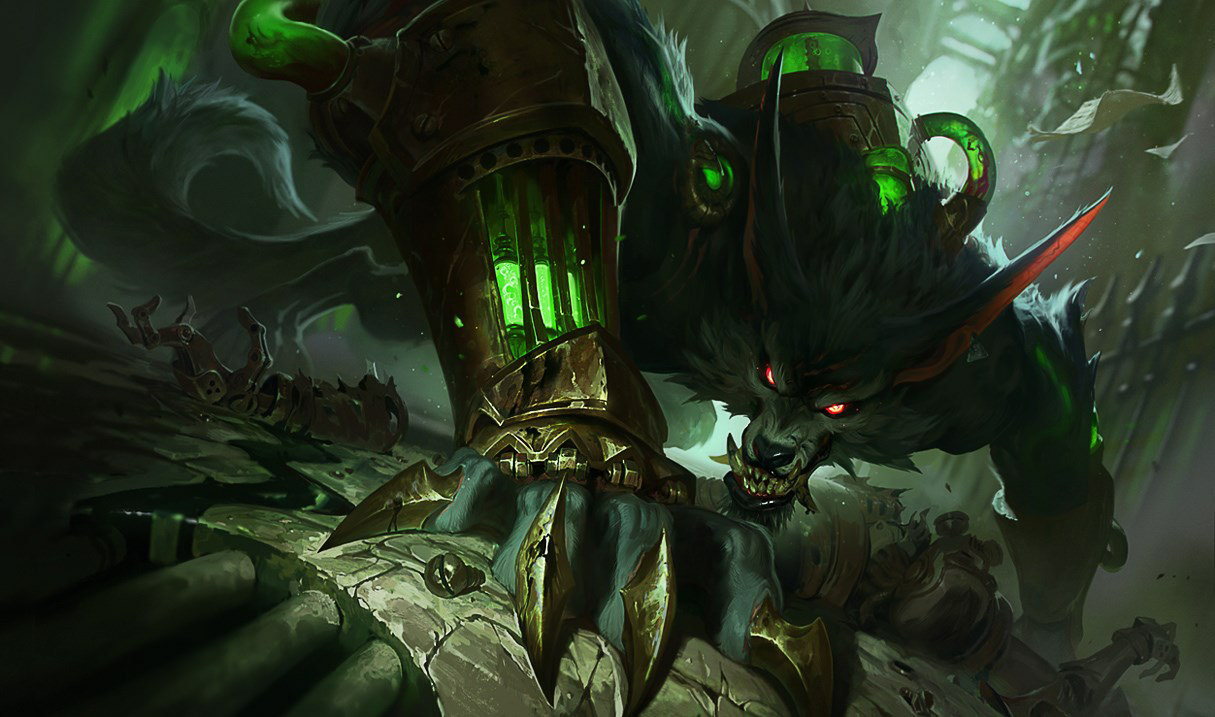 Sion has been at fault for some interesting bugs recently, and today he seems to have fallen victim to another during an interaction with Warwick.

A League player on Warwick encountered a bug where after taking out Sion and dealing with his death passive. Warwick was launched into the enemy base to meet the Undead Juggernaut as he respawned.

It seems Warwick used his Q, Jaws of the Beast at the moment where Sion’s body was set to disappear. This caused the Blood Hunter to follow its trail all the way back to the opponent base. Instead of dropping Warwick under the fountain, the game stopped him between the Nexus and inhibitor turrets on the top side.

Despite the player’s surprise, they almost managed to secure themselves a second kill on the Sion from inside the enemy base at level one, something that would have been an impressive feat.

Right now, it seems like this bug’s niche usage means it won’t be a widespread issue. But earlier this month, players began to notice another bug involving Sion when in combat with an enemy Dr. Mundo. When Sion’s death passive is about to expire, if he was hit with Mundo’s Blunt Force Trauma, he would respawn on the spot with full health.

There seem to be a few issues plaguing Sion at the moment, but Riot will likely address these in an upcoming patch so the champion can get back to dominating the top lane as usual.