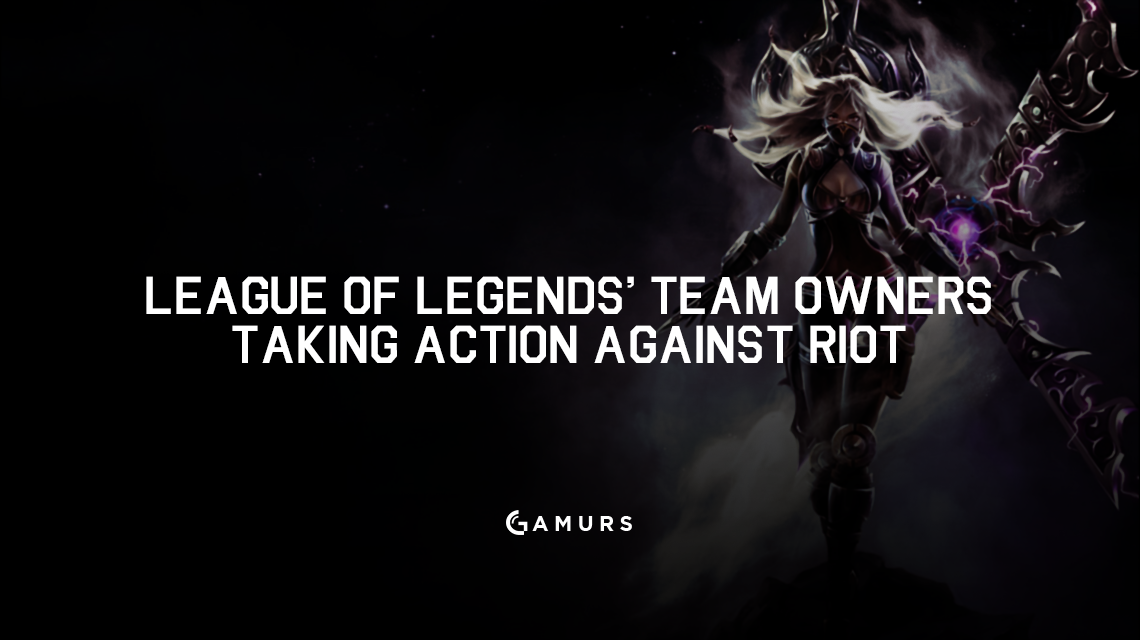 In the latest turn of eventsrevolving around the recent League Championship Series team revenuedrama, it seems like the owners of LCS teams are finally takingaction. To gain some background information on what has beenhappening over the past few days, you can read about it hereon GAMURS.

Since then, Mark Merrill hasresponded to the criticism with what is essentially a PR band-aidresponse, which can be found here. In his response, Merrill made claims thatthey are already making moves to fix the revenue problems, statingthat “Our 2017 plans include new in-game team-specific itemswith revenue-sharing for teams and pros.” We can’t knowfor certain what exactly their plans are, but it seems that the LCSteam owners are not content with it.

In a simplistic reply, Andy“Reginald” Dinh released this. Keeping a clear and concise message, Reginaldhas made it clear that he and the rest of the team owners will nolonger sit quiet and play nicely. He specifically stated that“There is a detailed proposal signed by NA LCS teams andplayers headed to [Merrill’s] inbox today.” Until moreword comes out, we can only speculate on how aggressive they intendto be. For the sake of League of Legends and esports as awhole, hopefully they make all the advances they can and strengthenthe game while working together with Riot.

It’s interesting thatdespite these problems existing in the scene for the past severalyears, only now do they seem to be publicly making sure that Riotis accountable for aiding in fixing them. It could be possible thatafter seeing the outpour of public support for the teams thatthey’ve realized now is the right time to fightback.

Either way, it seems like thiswill be a turning point in competitive League of Legendsand esports as a whole. To continue following all the newsregarding the LCS and it’s future, remember to follow us hereat GAMURS!

What do you think the teamowners’ demands could be? Let us know in the comments belowor tweet us @GAMURScom.