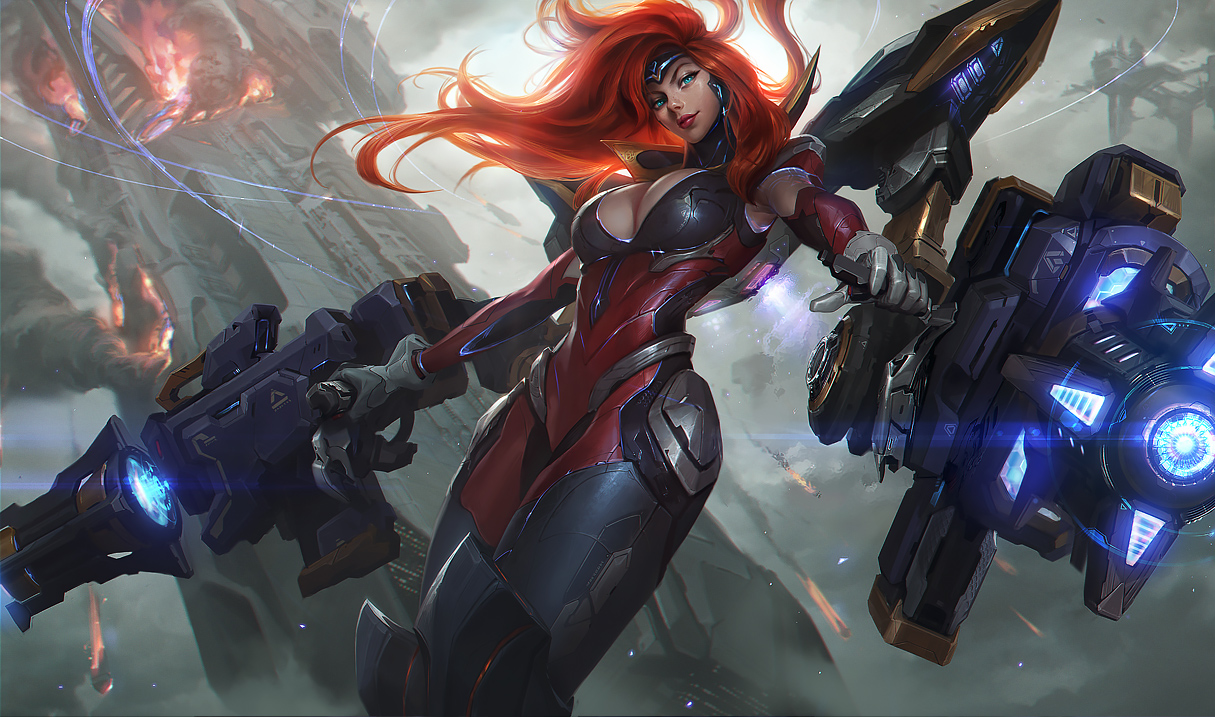 The official patch notes for League of Legends Patch 8.6 are live, and that means the patch will be here early tomorrow morning on the North American server.

As patches go, this is a whopper, both in terms of literal size and sheer amount of changes. The new voice chat feature will be coming out a little later this patch, there’s a new ultimate skin for Miss Fortune, and assassins are being buffed across the board to compensate for an item nerf. The meta will probably be a lot different after tomorrow.

Premade voice chat will arrive sometime after Patch 8.6 hits live servers tomorrow, probably a few days after or early next week. This is a huge feature, as it’s something completely new to the game. It isn’t just a tweak or addition to an existing feature, like last patch’s open parties. No, voice chat has never been a part of League, but it will be now.

It’ll only be available to premade groups, creating direct competition with programs like Discord, and there will be a separate menu for it that lets you control volume levels or turn it off altogether.

There’s a lot of new content included with this patch, including new runes, new skins, and even a new item. The new runes are Conqueror and Chrysalis, and both have the potential to be very potent in the current meta. Conqueror is a Keystone Precision rune that converts part of your outgoing damage to true damage, which should flip the current tank meta on its head, and Chrysalis is a new minor Resolve rune that turns some of your extra health into damage.

There’s a new(ish) item, too, called Shurelya’s Reverie. Shurelya’s was already in the game five seasons ago, but it was removed halfway through season three in 2013. For anyone that hasn’t been playing the game that long, though, it’s new. Essentially, it’s a support item with an active ability that speeds you and your team up, like the old ability on Talisman of the Ascension.

There are also a few skins coming for April Fool’s Day, including Birdio and Pizza Delivery Sivir.

Gun Goddess Miss Fortune is the latest Ultimate skin in League, following Elementalist Lux last year. This Ultimate skin is cheaper than other ultimate skins at 2,775 RP, but it still comes with different forms that including new animations, abilities, weapons, and more, just like a few other Ultimate skins.

The Duskblade of Drakkthar is being nerfed in a very big way, so it’ll be much less of a priority on the game’s assassins. Luckily for those champions, though, they’re being buffed to compensate. These buffs, combined with the Duskblade’s nerf, will make assassin power less dependent on the item, and in turn makes them much stronger. Champions like Talon, Zed, Kha’Zix, and Shadow Form Kayn are going to hit harder.

That, combined with the tank nerfs in Patch 8.5, opens the door up for assassins and bruisers to pass tanks for control of the meta.

There aren’t many champions that rush Guinsoo’s as a first item, but the two that do, Kog’Maw and Varus, are both very strong in the current ADC meta. This rework essentially switches the Guinsoo’s damage from flat on-hit damage to almost purely scaling damage, so if either of these champions rushes the item, it’ll cripple their damage significantly.

Lategame this item should actually be stronger, however, especially on champions that build a lot of AP or AD to scale into it, like Kayle, Twitch, or some melee champions such as Jax and Irelia.

Patch 8.6 arrives tomorrow, so be sure to read our complete and comprehensive list of changes being introduced, so you’re prepared for what’s coming.