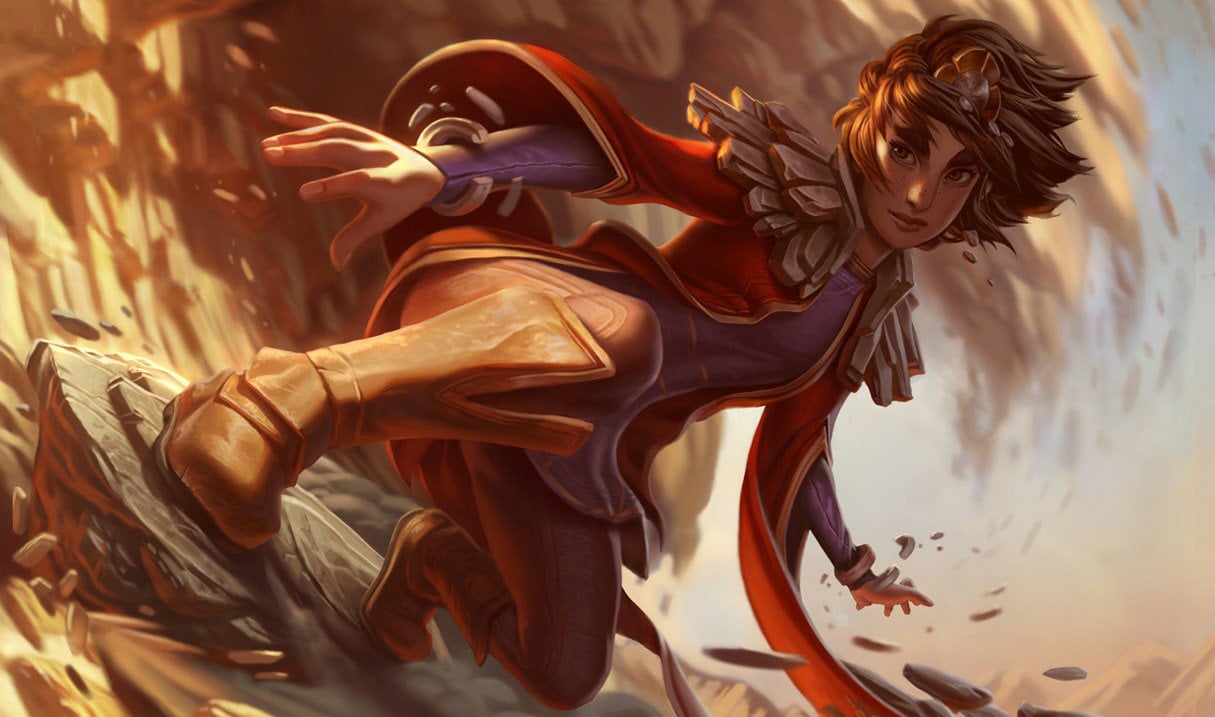 Custom skins concepts aren’t uncommon among League of Legends fans, but not often do they work as well as this recent design that merges the world of Avatar: The Last Airbender with League.

The champion Taliyah, the Stoneweaver, uses her mage abilities to manipulate stone and use it as a weapon much like Avatar’s master Earthbender Toph, making it the perfect merger. And thanks to Reddit user Diazex, we can see it in all its glory.

The skin looks to perfectly compliment both Taliyah’s design and skillset. But the designer has only crafted the image at this stage, and as such players can’t yet use this custom concept in the game.

With the popularity the post has garnered on Reddit and the dedicated fanbase creating playable custom skins, it’s likely someone will take the idea and make it a reality in the future.

Unfortunately, it’s unlikely we’ll ever see an official collaboration between Avatar: The Last Airbender and League to make the skin widely available to all players. This hasn’t stopped the community from drafting up further ideas that could come from collaboration. Some of the best was an Aang skin for Lee-Sin, Zuko skin for Brand, Katara for Karma, Akshan as Sokka, and Momo/Appa as Nunu/Willump.

If you were impressed by this skin concept and want to see more, you can check out more of Diazex’s designs on their Twitter page here.