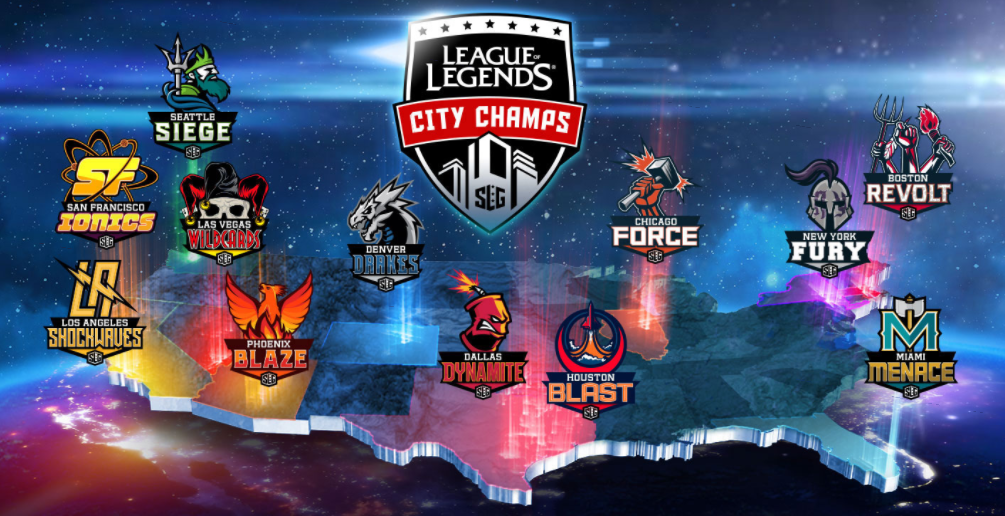 Super League’s City Champs tournament pits the best League of Legends teams from 12 cities around the nation against one another for a ton of RP, exclusive skins, and—most importantly—bragging rights. It’s perhaps the largest non-pro tournament in the nation, and it’s back for another year.

Last year the tournament was a huge success. It included four of the nation’s largest cities, but this year, there’s eight more teams and a lot more action. All non-pro League players of all ranks are allowed to try out to compete for their city, all you need is a qualifier ticket.

Players are matched up with other players of similar skill rankings from Bronze all the way to Challenger, so you’ll feel at home no matter who you’re up against. Once the best players from each region have assembled to form the city’s team, the teams will compete in an elimination-style bracket with a round robin as the first round.