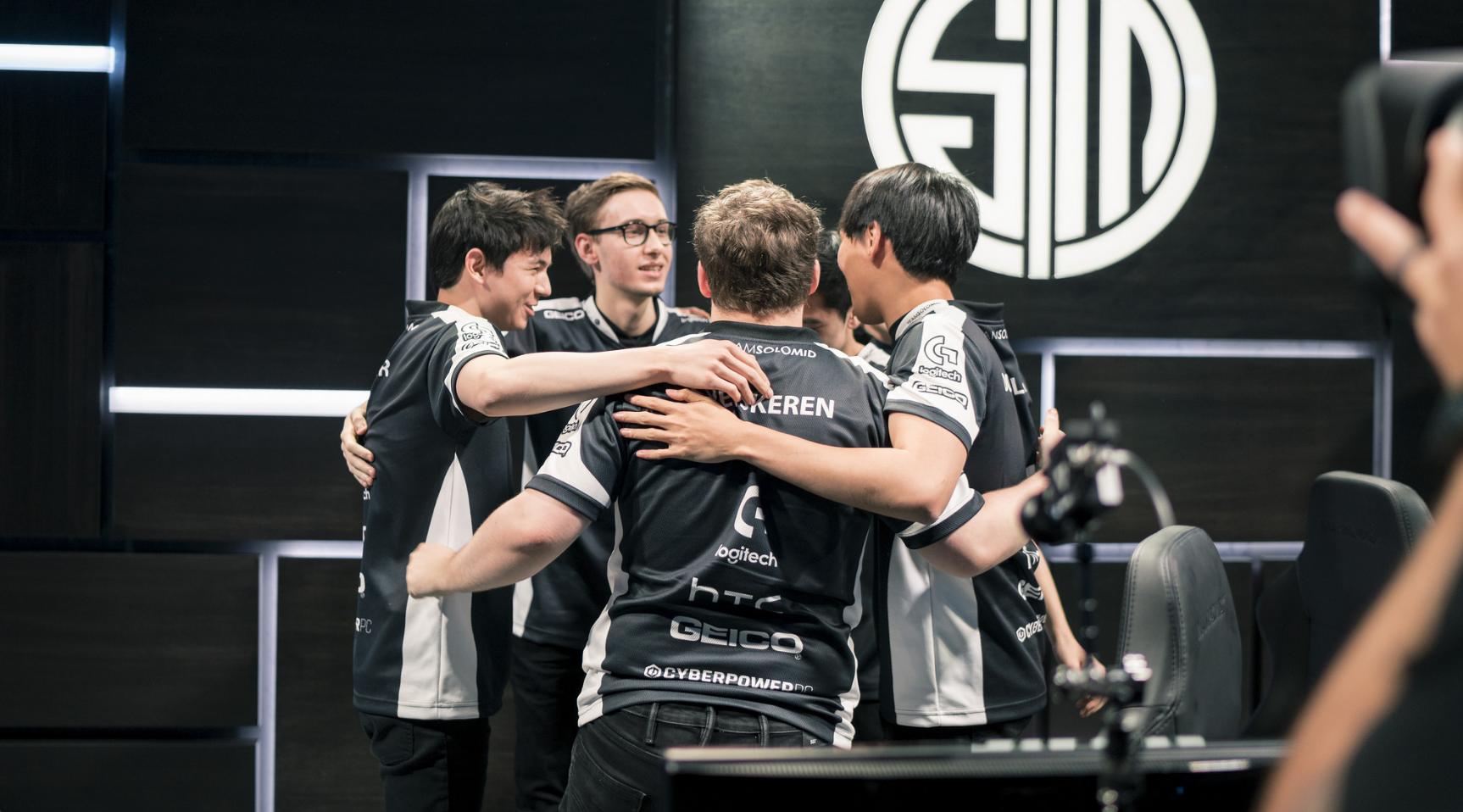 There’s a lot more to fantasy League of Legends than simply picking the best players. You need to know the ins-and-outs of every matchup, the play style of every team, and how that affects the ability of them and their foes to score points.

Some teams play fast and bloody, racking up kills as they rack up deaths, fantasy points freely flowing for all. Some teams slow the game down, avoiding fights and valuable point-scoring conflict. Some teams are experts at closing out wins, denying themselves the opportunity to rack up big totals. Others drag games on to secure their win, piling up points in fight after fight.

That’s important information whether you’re playing daily fantasy at AlphaDraft, trying to fit in that last sleeper pick in your tight budget, or in one of Riot’s season long leagues, scouring the waiver wire for the next breakout or picking which jungler to start this week.

We’re only one-third of the way through the season, but some teams have nearly played as many games as they did the entirety of the Spring Split thanks to the new best-of-three format. That gives us a good sample to take a look at every team in the league and gauge how their play style and performance so far impacts your fantasy outlook.

The best team in America looks dominant this season. They’re second in total kills with 218 but have surrendered the least deaths with 125. TSM will continue to score big, but keep this in mind: They’re winning games too fast to put up massive fantasy totals. Their 32.4 minute average game time shows just how dominant they are, but their expert ability to close out wins puts a cap on their fantasy ceiling. Still, you can’t go wrong with a TSM player, if the price is right; just be careful starting anyone against them.

Key Stat: 0.77 Combined Kills per Minute, top in the league

Immortals is, simply put, fantasy gold. They’ve racked up the most kills in the league with 219 while also giving up the most kills at 215 deaths. That means not only are Immortals players scoring high, their foes are, too. Don’t be afraid to pick players from teams like EnVyUs, Cloud9, or even Apex and Team Liquid against Immortals. They may not be favored, but they’ll probably pay back their investment in an action-packed series.

This season’s breakout squad is racking up huge fantasy point totals despite a methodical gameplan centered around taking the new dragon objective. They’ve scored 69 percent of the drakes, leading to their 10-5 record, but that game plan has led to them playing long and close games where they eke out a win. That’s produced a lot of fantasy scoring, especially for breakout players like rookie AD carry Benjamin “LOD” deMunck and jungler Kim “Procxin” Se-young, who has helped EnVyUs develop one of the stronger early games this season. While most teams produce poor fantasy results while losing, EnVyUs so far has bucked that piece of conventional wisdom. You can likely expect that to change, but there are some indicators that they just know how to win, even while behind.

Cloud9 has nearly 50 more kills this season than any other team. That’s one part scoring more kills than any other team and another part playing more games than anyone else, with 17 so far. Those inconsistent results and three-game series, though, are fantasy gold; on Alphadraft, for example, players are awarded 10 points for an unplayed game in a best-of series. That’s much less than a typical point scoring average, sometimes even less than half the points you’d expect in an average game. Cloud9’s penchant to play fast and loose and lose almost as much as they win is proving a boon in fantasy. Some metrics suggest they may start losing less as the season progresses, but swapping supports every game may continue to produce a lot of three-game series for Cloud9.

Apex is one of the few teams it’s hard to get a read on so far this season. Their 3-3 series record and 8-8 game record belie a team that looks exceedingly average. They’re a team that likes to drag matches into the late game, playing longer matches than anyone save EnVyUs, and using the roaming of Alex “ Xpecial” Chu and Lee “Shrimp” Byeong-hoon’s farm-heavy counter-jungle style (they take 55 percent of the jungle, tops in the league) to win long games.

Rookie top laner Jeon “Ray” Ji-won leads the team in kills with 58, putting up a Huni-esque scoreline and playing a Huni-esque role on carry champions. During a season where mid laners seem to shine, Apex looks like a top-lane focused team. Ray and support player Xpecial, who leads the league in kill participation, look like Apex’s only real fantasy bets.

What looked like a disastrous start to the season was mostly just a bad stretch in the schedule. Team Liquid opened the season against EnVyUs and TSM before a close loss to CLG. Since then, they’ve looked better and better as they’ve brought Joshua “ Dardoch” Hartnett back into the lineup, showing the confidence to sub in a rookie marksman last week against a weaker schedule. Team Liquid has posted poor fantasy numbers so far this season in large part due to a fast game time of 33.6 minutes on average, but their scoring should pick up the rest of the way.

The defending champions were never huge fantasy scorers, preferring to play an objective-focused style over racking up kill counts. Last season, that produced a team that usually took a solid lead with an early lane swap, and then methodically pushed down towers until they scored a win. That was a style that won a league championship and led to a finals appearance at the Midseason Invitational. This season, CLG’s early game is about average, but they’re dropping the ball past the 15-minute mark. That -11.5 MLR rating (developed by Oracle’s Elixir, read the methodology here) means that they’re losing 11.5 percent more games than expected based off the gold count at 15 minutes, which is decidedly not CLG’s style. With a coach like Tony “Zikzlol” Gray behind them, you’d think they’d fix that issue at some point this season. The question is when. For now, starting players against CLG looks like a decent bet, but be careful—the defending champs could be back at any moment.

The NRG eSports roster looks like a contender’s. They’ve got star talent at every carry position, and LCS veterans at jungle and support. Yet they’re 5-10 so far this season, and it’s possible they’ve played even worse than that record indicates. At 15 minutes, they’re down more gold than every team in the league on average, even the hapless Phoenix1, and that’s a deficit that’s incredibly tough to overcome, no matter how much talent you’ve packed into the lineup. Their Gold Spent Differential, an indicator that measures how ahead or behind they are on average through a game, is a whopping -11.2 percent, meaning on average they’ve spent over 10 percent less gold than foes at any given moment. That’s way below even Phoenix1’s -7.8 percent number. Their objective control and poor warding point to a team that has too many issues to expect a better performance later in the season, despite the talent in the lineup.

Key Stat: 19.08 combined kills per game, lowest in the league

Exploiting wins is key to fantasy League of Legends—players on winning teams score about twice as many points as losing players. Echo Fox is losing a lot of games with a 3-10 record this season. They should be a fantasy gold mine for foes, but Echo Fox matches are where fantasy points go to die. They’ve only given up 140 deaths this season, less than every team save Team SoloMid. Their matches feature only 0.53 combined kills per minute, a shockingly low total. Every other team in the league features at least 22 combined kills per game, compared to just over 19 for Echo Fox.

It’s sad to say it, but Phoenix1 isn’t playing like a team that deserves to be in the LCS. They’ve got a 2-12 game record so far, failing to win a single best-of-three series. Any player with Phoenix1 on the schedule is due for a solid fantasy performance.