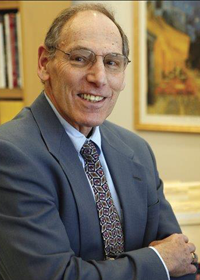 “It’s alright man,” you tell your friend on skype, “Xerath into an assassin is a hard match-up. Try and poke them down and just stay back and farm.” It’s the start of the weekend, and you’ve hopped onto League to play some normal with your four of your friends before you venture into ranked. Your mid-laner isn’t doing so well this game, but you know he’s a good player. He’s just having a bad game and got into an unfavorable match-up. You rally together, devising plans to comeback. Executing them meticulously, you and your friends win! After that game, one of your friends has to get off League. Suddenly, another decided to leave as well, so you’re down to three people. Feeling good about your own performance in that last game, you decide you’re ready to play some ranked.

Now you’re in picks and bans: you’ve gotten the role you wanted and are now just watching the rest of the picks go through. Your mid laner locks in Xerath, but he has no vision of the counter-match up. In the enemy team’s next rotation, they lock in Leblanc. “Déjà vu” you say, and immediately you become anxious. You know how difficult it is for Xerath to deal with assassins, but now you’re in ranked, and you have no idea how good your teammate is. Praying that the enemy mid-laner isn’t skilled, you go into game.

After your mid-laner has died for the third time, you are furious. “Why blind-pick Xerath?” You type. “lb was open, you could’ve taken that instead.” Your mid laner retorts, and now you two are bickering in chat. Slowly, your trades worsen and you begin feeding as well. The team falls apart, and you kiss 15 LP goodbye.

Did you notice how differently the character I attributed to you, the reader, handled the same situation based on the circumstances? With their friends in a casual normal, our character was collaborative and patient, which in turn lead them to have a good team game.  With random players in a ranked game where LP was on the line, however, their attitude was negative—they were more interested in flaming than collaborating to come back.

Studying the behavior of a person within a group of people is what psychologists call Group Dynamics, and the subject of this League of Academia. We’re going to define what Group Dynamics is, explore some of the terminology within its field, and relate them to League of Legends in order to give you tools to improve you own play. Class is in session students, and I am your professor.

The study or use of the processes involved when people in a group interact is how the Oxford Reference site defines Group Dynamics. It is an old field of study, popping up in the 1920’s but only being called “group dynamics” from the 1970’s onward. It has had numerous theorists contribute to its shaping and development while building on its one core principle: the whole is greater than the sum of its parts.

Rather than give an anecdote, we’re going to look briefly at an actual study within the field in order to illuminate how the study of Group Dynamics works. Let’s look at Bruce Tuckman’s (pictured above) work from 1965, Tuckman’s stages of group development. Focusing on how a group formed, Tuckman broke the process of group building into four stages: Forming, Storming, Norming, and Performing. Forming is when the group is initially formed and you pretend like you get along with others; you’re polite, but guarded as you are scoping the other members out. Storming is beginning to let the politeness barrier down and you begin to focus on the issues the group has to deal with. Norming is getting used to the personalities which come out in the storming phase and you begin to build trust. Finally, Performing is the group coming together to work towards its goal with efficiency. A decade after his publishing his work, Tuckman added a fifth stage called adjournment where members disband the group.

It’s pretty easy to see how Tuckman’s stages relate to League of Legends. We form groups when we are placed into a lobby in solo queue—after we call out our roles, we go into a storming phase where maybe two people want the same role and have to figure out a compromise, or we storm when someone wants to play an unorthodox champion at a position. Sometimes people can get offensive in this discussion. After we establish the roles and champions, we go through the norming stage, either adapting to the playstyle of a player or dealing with their personality in chat. The pressure to perform with this rag-tag group is immediate, because we have only a single game with the group to win, with no prior preparation. Finally, the group disbands when we leave the lobby, and we can either mourn (“that was such a great team”) or celebrate (“thank god that’s over”).

This is merely one study in the field of group dynamics, but what are some of the important things we should keep in mind when we play League? What can actually help us improve? Aside from what we can apply to professional teams, we’re going to be taking a look at what the average reader will experience: solo queue.

Being Aware of Yourself

Nearly all concepts grouped under the study of Group Dynamics can be related to League of Legends: it’s a team game! However, our goal today isn’t to cover the entire field. So, what we’ll do is talk about what I consider the one of the most important elements of the field in relation to LoL, and that would be group cohesion.

Group cohesion is how well a group works together, to put it simply. Now, we shouldn’t confuse it with getting along with the group; it’s about achieving results with them. In solo queue, your goal isn’t to make friends with every person you play with (though I think treating them like your friends is a fine one to have); your goal is to win, and you’re probably going to need their help to do it. You can build group cohesion by doing two things: 1) communicating in-game plans and 2) communicating in a positive tone.

Communicating strategy is an obvious point to make, but it never hurts to review. If you’re a jungler and you want to gank mid at level 2, you can and should tell your mid laner about your plan so he can prepare for it. If you tell him, he can play really aggro in order to get the enemy mid laner low enough for a gank to be successful, and he can plan ahead of time how he’ll set up the gank. You telling your teammates what your plan is or how you would like to play gets everyone on the same page and allows you to pursue a common playstyle.

So, positive tone. Why should we use it? What even is it? It’s collaborating in a forward-looking, optimistic manner. Say your top laner gives up first blood. If you communicate positively, you could say something like “if you can, let him push. I’ll gank for you in two minutes.” You’re not berating your team mate for making a mistake, but formulating a plan to recover from that mistake. If you instead got frustrated and said “oh gg,” suddenly you’ve placed the entire weight of the game on that one person’s mistake, and that can affect how they perform.

(an example of not a positive tone)

Plenty of people are nervous in high-pressure scenarios, and adding more pressure in the form of ridicule can only further impede their performance. When was the last time you saw someone get flamed and they suddenly improved? Now, some people may actually be motivated by such feedback, but it is not your place to use that because you don’t know who is, nor do you have a close enough relationship with these random teammates to do that. Relating back to Tuckman’s storming stage, if you push the boundaries too far, you can actually destroy the group before it normalizes.

Being aware of how you communicate within the game is not only a sign of good character, but of good teamwork. It allows you to appropriately address issues without causing anyone to be defensive, and assures them you want to collaborate and that you are someone worth listening to.

Group Dynamics is important in League of Legends. As we are forced to collaborate with strangers in our games, having the awareness and ability to identify personal behaviors we have which positively impact performances can improve our solo queue experiences. Likewise, eliminating any traits which negatively affect the team can lay the path to climbing the ladder. We, the players of LoL, are participating in a fascinating study of Group Dynamics on a day to day basis.  Our choices constantly contribute to an ever growing pool of statistics regarding how anonymous users interact as a team in a pressure situation. There is a wealth of knowledge in the study of Group Dynamics we can draw from to improve our ability to work better with our teammates.

Thanks for reading this guys: if you haven’t go ahead and check out the video at the top of the article or here: https://www.youtube.com/watch?v=UfFq9ouJcmg