League of Legends is dealing with a massive loading screen bug today that’s keeping European players from entering the game.

Right now, that simply means players who are attempting to load into the game might get stuck on the main loading screen.

A spike in reports on Downdetector happened at 5am CT, but it looks like they were mostly coming from the Europe West servers.

Riot Games has not reported an outage, but some players on the EUW  servers have noted that they’re dealing with the loading screen bug. One report also says that if they get through the loading screen, they’re placed in an endless queue for matchmaking. 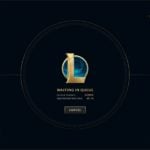 There isn’t a fix available right now to get around these issues unless you want to try playing on a different server—and even that might not work at the moment.

This article will be updated if more information becomes available about the loading screen issue.