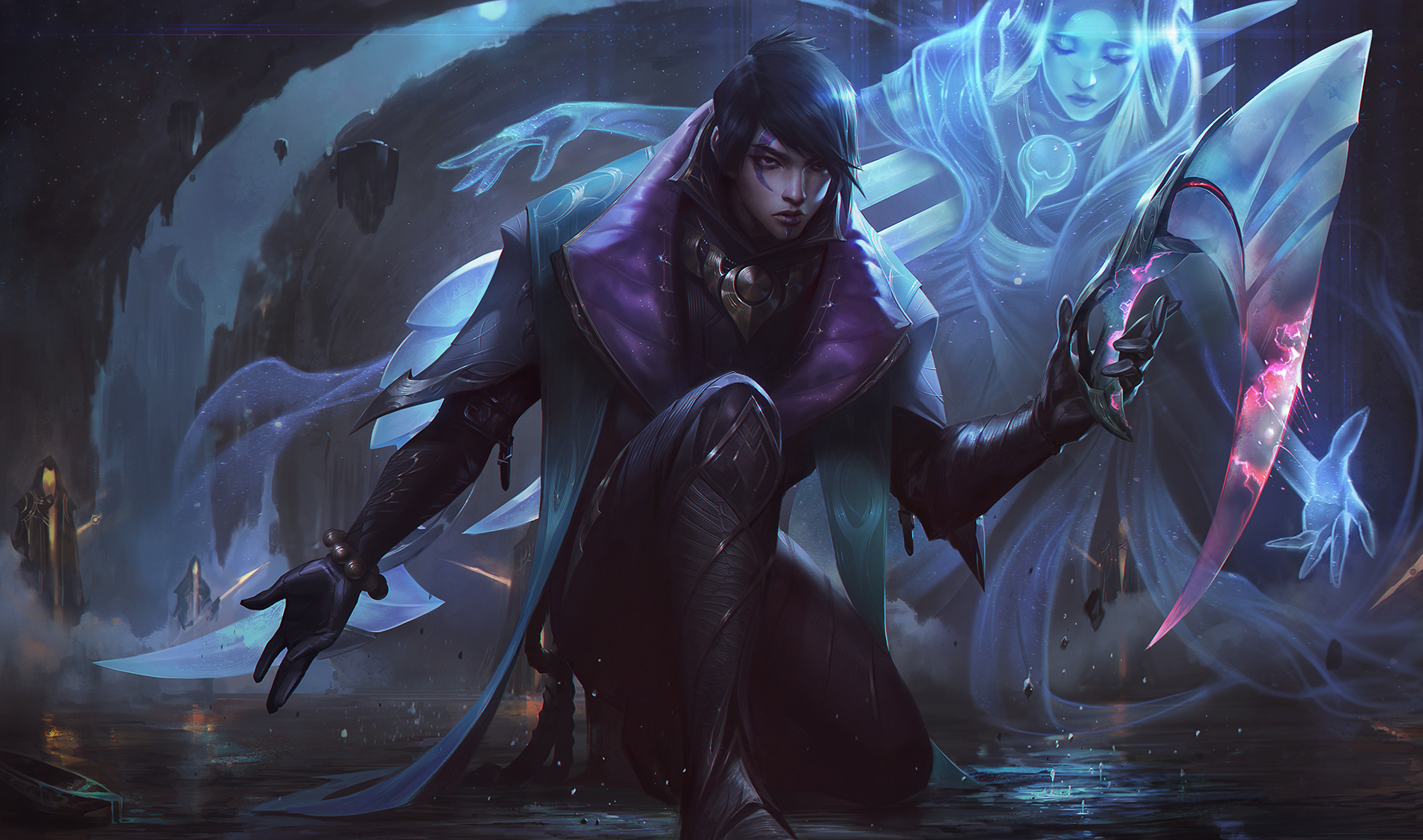 Since he joined League of Legends, Aphelios has been the subject of community criticism due to many balancing issues around his kit. Another another huge problem is the lack of visual clarity around his ultimate ability, Moonlight Vigil.

Right now, players still have a hard time identifying what weapon Aphelios has in his off-hand, but this is one of the key aspects of his whole kit. His off-hand weapon affects his main hand weapon, and opposing players should be able to see which weapon he has available to swap. A good example of this is in Team Liquid’s match against Team Dignitas.

At the 16-minute mark of the match, Liquid AD carry Yiliang “Doublelift” Peng was farming up in the mid lane when Dignitas’ Johnson “Johnsun” Nguyen walked up as Aphelios. He had Calibrum as his main hand weapon, which made Doublelift move up since the ultimate combination wasn’t too deadly in such a situation.

Johnsun did, however, have Gravitum as an off-hand weapon. If an enemy player is hit with a Gravitum-based ultimate, affected players can get rooted instead of slowed. As a result, Johnsun simply went up to Doublelift, switched to Gravitum, and threw his ultimate out. He ended up getting an easy kill, since Doublelift had no idea what off-hand weapon Aphelios had.

If Doublelift knew that Johnsun had that combination of weapons, he probably wouldn’t have stepped as far into the lane as he did. An indicator for the off-hand weapon would be incredibly useful, since players can now judge Aphelios’ full capabilities, rather than having to guess which combination he has at a given time.

Riot hasn’t said if it’s planning to make any changes to Aphelios visual clarity, but the community will continue to raise complaints until it does. They’ll also continue to ban the champion out every chance they get—Aphelios has the second-highest ban rate of any champion in the game.