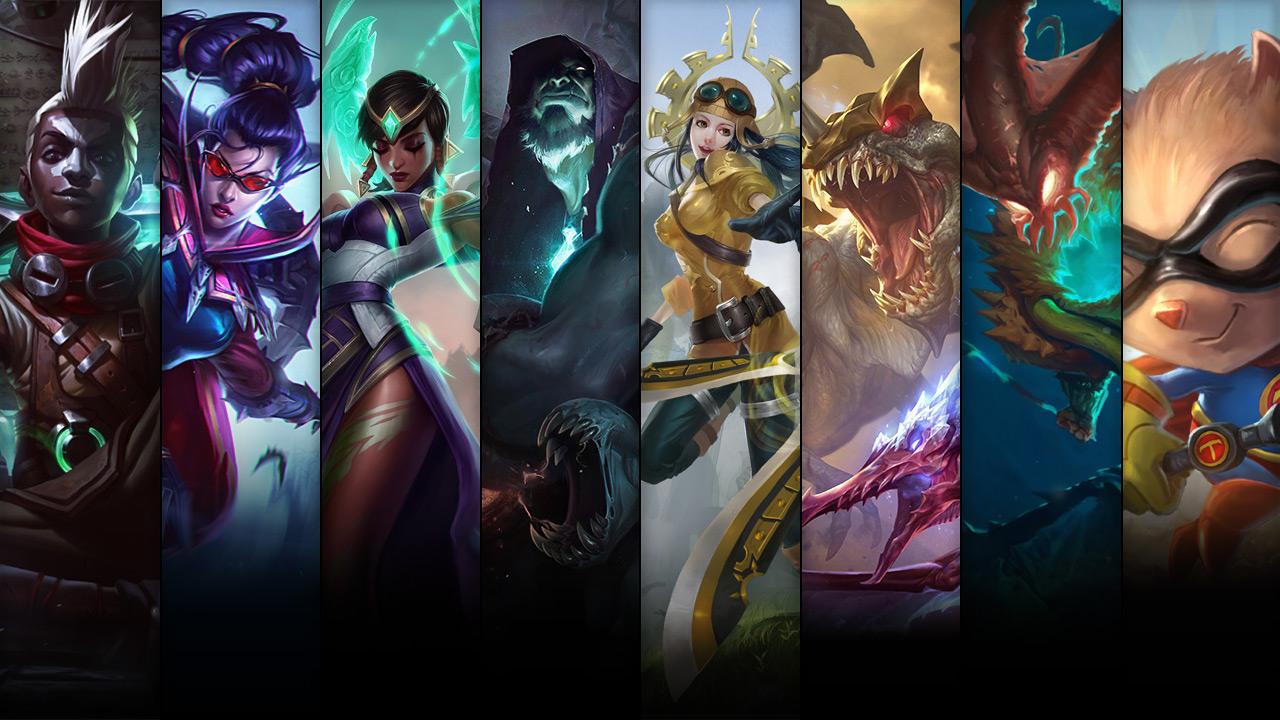 Super Teemo is looking to join Super Kennen on the Rift for a double Yordle beat down.

Discover your inner airbender and take to the skies with Irelia to strike at the heart of your foes.

Head back to ancient times and unleash your primal rage.

Nautilus isn’t the only terror of the depths. Use your lantern to save your allies and hook your foes.

Is it a bird? Is it a plane? No! It’s Super Teemo! Here to save Bandle city from the terrors of Noxus.

Just in time for her new skin, Karma arrives to support her team by slowing her foes.

Survive the curse stricken upon you and shepherd the lost souls of Runeterra to their redemption.

The world isn’t as civilized as people might think. Follow down the darkest paths of magic and corrupt your foes.

Become the prodigy of Zaun and make your enemies think twice about facing you. It’ll only take four seconds to reset the tide of battle.