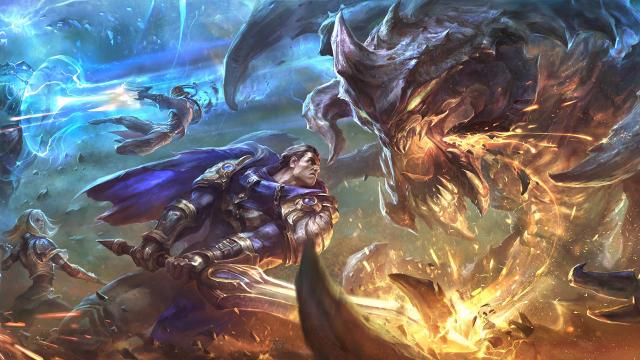 With League of Legends Patch 9.18 scheduled to hit the Rift today, the 9.19 Public Beta Environment (PBE) cycle begins in preparation for Worlds 2019. And Riot Games’ first targets are Garen and Sylas.

The first update to the 9.19 cycle was revealed by Surrenderat20 yesterday. The developers will be testing some big changes to the Demacian knight and Sylas’ tankiness will be toned down a bit so the mid laner doesn’t dominate Worlds.

Riot pushed back big changes to Garen that were supposed to come in Patch 9.18. With the changes going live on the PBE, Worlds may see a different side of the Demacian.

The changes remove some shine off of Garen’s armor but seem to support an attack speed build for the knight, buffing his attack speed per level from 2.9 to three percent. The damage on Garen’s Judgment (E) no longer scales solely by level. The knight’s spin-to-win ability will now deal additional damage per 20-percent attack speed. The skill’s base damage and AD ratio will also be nerfed in the early game, needing two additional ticks to shred enemy armor.

To prevent the unshackled mid laner from taking over Worlds with his tankiness, Sylas’ base armor and armor per level will be lowered. His passive, which allows him to charge Petricite Bursts that deal additional damage when expended, was also changed to not scale by level but only by AD and AP.

Although these changes may not be reflected in the final version of Patch 9.19, Worlds should look a bit less tanky.