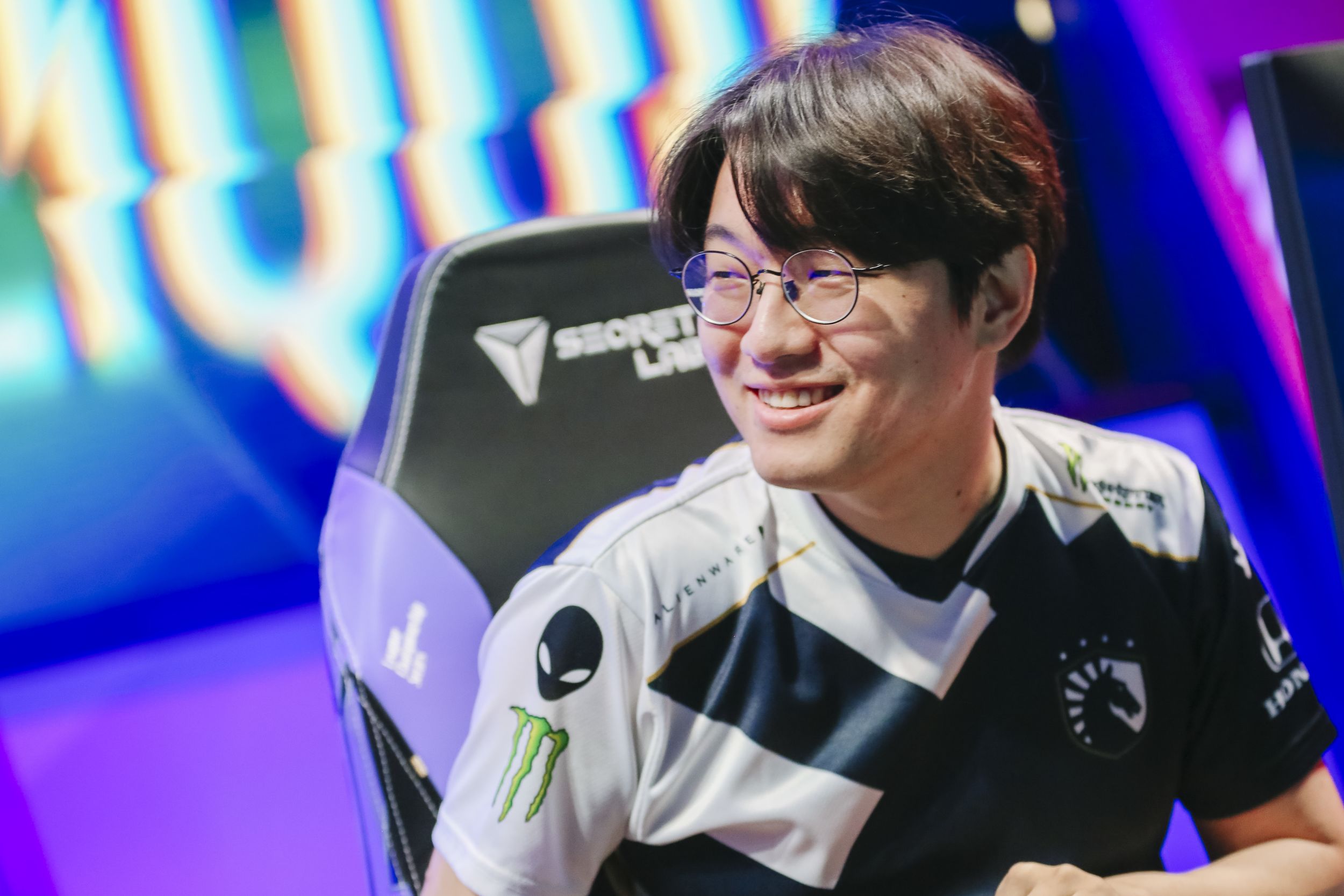 North American League of Legends fans have already had to deal with controversy three weeks into the 2022 Spring Split thanks to Cloud9 parting ways with head coach LS mere hours before their first match of the weekend. But don’t let that scuffle distract you from the shining stars that have begun to form in the league.

Between unexpected leaders in FlyQuest, Team Liquid bringing in CoreJJ and absolutely rocking the competition, and TSM finally taking their first win of the Spring Split, there were plenty of storylines to watch out for and a good class of players making their case for this edition of Team of the Week.

Seeing FlyQuest continue to sit at the top of the LCS standings is a very welcome surprise. This squad, more so than others, has maintained a firm grasp on the meta over the past few weeks. The player most impacted by these changes—but also the one piloting them to great success—is FlyQuest’s top laner Kumo, who once again stood out among the competition this weekend and rejoins our LCS Team of the Week.

Kumo returned to a more aggressive playstyle that has been vital in FlyQuest’s continued success following their brief dive into the Support Smite top meta. As much of the FlyQuest comps this weekend focused on strong teamfights, Kumo entered as the initiator each time, ending both games with above a 60-percent kill participation and over 23-percent of the team’s total gold income, according to League stat-tracking site Oracle’s Elixir.

Kumo had the chance to shine this weekend in the match against 100 Thieves. Locking in Tryndamere into Ssumday’s Gnar, the top laner immediately made his presence felt by chasing down his opponent at level one, something he would continue to do as the game went on. Kumo had no issue spinning directly into all five members of 100T, even when they were protected by their turrets.

This fearlessness expressed by Kumo has become tantamount in the continued success FlyQuest are swimming in, enabling them to advance to the top of the LCS. Things keep looking great for FlyQuest in the Spring Split, and Kumo can be attributed as a major factor to their rise to first place.

Even with continuous roster changes, Team Liquid continue to dominate in the LCS, and a large part of that is because of their jungler Santorin.

Throughout week three, Santorin had a position-leading 17 assists and 309 damage per minute, paired with his league-leading 23.0 KDA on his reliable Xin Zhao pick. In Liquid’s 2-0 week against CLG and Evil Geniuses, Santorin only died once and played a pivotal role in shaping Liquid’s early-game pressure, evident by his 445 gold lead at 10 minutes, which led all junglers in week three.

Liquid are currently 5-1 after three weeks in the Spring Split and will need Santorin’s prowess in the early game if the team want to win their first LCS split since the 2019 Summer Split.

FlyQuest have undoubtedly been the biggest surprise of the Spring Split, tying for first place alongside Liquid and finding their second undefeated week. The long-standing LCS organization’s newest mid laner, Toucouille, played no small part in FlyQuest’s resurgence.

The French mid laner has solidified his spot in the upper echelon of his position, walking away from week three with two incredible games on Corki and Veigar. While FlyQuest’s top laner, Kumo, acted largely as the team’s initiation threat, Toucouille has been the team’s most consistent source of follow-up damage.

In week three, the former LFL player made up the largest percent of FlyQuest’s damage share (37.4 percent) and kill share (27.6 percent), according to Oracle’s Elixir. In his position generally across the entire split, Toucouille averages the highest DPM (626) and overall kills (29), falling only behind Bjergsen in KDA (9.6).

Toucouille has made waves in the LCS since his regular season debut in an incredibly short amount of time. If FlyQuest are to continue their upward trajectory in the LCS, it will require Toucouille to maintain this impressive level of play.

For a team struggling like TSM, you’ll take any silver lining that you can get. This past weekend, the team’s recently returned AD carry Tactical was that light in the darkness as they placed all of their eggs into his basket with two games of support-style enchanter solo laners in the top lane.

Tactical did his best to deliver by breaking the all-time LCS damage percentage record in their miraculous comeback victory against Immortals. Funnily enough, TSM threw away a massive lead in the late game to lose against C9 in a rather heartbreaking fashion. Even still, the 21-year-old showed he still had the mechanical prowess to be relied upon as a single carry for his team.

This isn’t a healthy game plan that can be sustained, since teams will eventually find a way to counter it. But while TSM are still struggling to find anything in the win column, Tactical will carry them on his back when he can manage.

Back like he never left. CoreJJ returned to his full-time job as Liquid’s support this past weekend after being stuck in green card limbo for the first month of the 2022 season, and he didn’t miss a beat. Across two games this weekend, CoreJJ racked up 22 total assists, tied for the most out of all players in week three alongside TSM top laner Huni, while participating in 89.7 percent of Liquid’s kills—also a league-wide high, according to League stats site Oracle’s Elixir.

With Liquid at full strength, it’s hard to ignore who’s at the top of the LCS and the player who stands out as the reason for the team’s perfect week three. While CoreJJ rode the bench due to reasons beyond his own control for the first month-plus of the year, Liquid won 12 out of 14 games. If they can keep their heads well above water with a substitute support in the lineup, there’s no reason they can’t dominate the LCS when they add the league’s best support—if not overall player—into the mix.