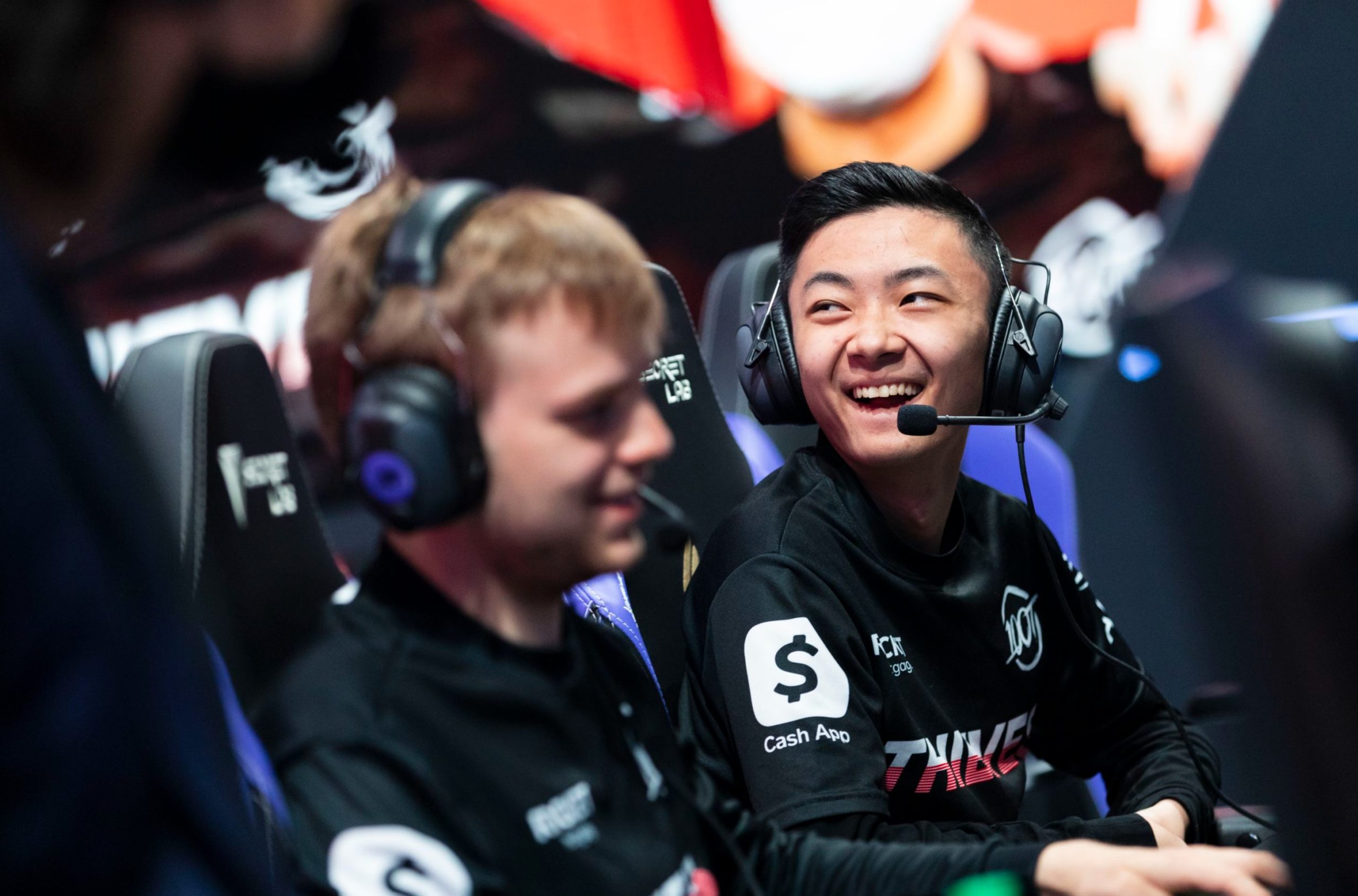 The LCS opened its regular season last weekend, with four League of Legends teams in total jumping out of the gate to the tune of spotless 2-0 records.

And while the slate might have been wiped clean when it comes to statistics and standings after this year’s Lock In tournament, the results from those preseason games still hold a bit of sway in our power rankings. Early returns from the first week of the regular season point in a slightly different direction, but we’re still keeping Lock In results in mind to a certain extent, especially when looking at teams that used their regular season rosters during the event.

Still, with eight weeks left on the schedule, the LCS has plenty of time left to restructure itself—especially since the league got off to such a late start in comparison to the rest of the world. With the first week of the Spring Split in the rearview, we asked our team of League writers to rank the teams of the LCS based on what they’ve seen thus far. Here are our LCS power rankings after week one of the 2022 regular season.

The LCS is a marathon, not a sprint. Starting off a marathon with a sprained ankle isn’t an ideal way to kick off a marathon however, and neither is losing the first two games in the regular season.

Between the LCS Lock In and the first week of the Spring Split, Immortals have yet to pick up their first win with this new roster. Hoping to improve upon the squad’s early-game performance with the additions of PowerOfEvil and WildTurtle, Immortals have continued to struggle. Immortals are the worst gold-earning team in the LCS; according to Oracle’s Elixir, the team ranks last in gold difference at 15 minutes (-2,099) and gold spent difference percentage (-21.3 percent).

Along with hosting poor neutral objective control—Immortals have yet to pick up their first Baron and only yield a 25-percent dragon control rate—the areas in which the squad stand to improve are clear. Immortals need to clean up the early game and exert more control over objectives, otherwise they will only continue to be quite mortal.

Golden Guardians have been on the losing end of two decisive matches against the undefeated Cloud9 and FlyQuest. The team has particularly fallen apart in the mid-to-late game but also sports rather poor laning stats. The most egregious offense for Golden Guardians is the team’s teamfight avoidance.

Golden Guardians post the second lowest overall kills (12) and the third lowest combined kills per minute (.60), while having a poor combined KDA (0.50). Golden Guardians take relatively few fights, and typically lose the fights they do take. To see any improvement in further weeks, the team will need to overcome its teamfight adversity and work on gaining leverage over their opponents, whether that come in form of improved objective or gold leads, to enter the teamfighting phase with confidence.

A word of advice for fans of both TSM and CLG after week one: take it easy.

Fan expectations for these organizations are on opposite sides of a coin this year, but there’s still plenty of League to be played, and two dropped games at the starting of the season shouldn’t be the end of the world. After all, these two teams are fielding some of the greener talent in the LCS.

TSM is running the offense with familiar stars like Spica, Tactical, and Huni. But the org also has a combo of rookies in Shenyi and Keaiduo, two players who just started their careers in 2020 and 2021, respectively. CLG has a first-year LCS player in Luger, while sporting a couple of players that are getting their first true shot at a starting position on the main roster like Jenkins and Poome.

They’ll both need time to adjust to not just the level of competition in the league, but they’ll also need to learn how to play with their new teammates. Give them some time to gel, and maybe they’ll be a pleasant surprise to find when the end of the split rolls around in April.

Some bright spots for both organizations: Luger, Keaiduo, and Shenyi all look relatively confident, even though they might overstep in certain moments. With more experience, they could grow to become part of the new class of NA mainstays.

The first weekend of the 2022 LCS Spring Split has officially concluded, and teams that held their own during the Lock In—some in surprising fashion—continued to showcase promise. At the top of the standings expectedly lay 100 Thieves and Cloud9, though FlyQuest and Dignitas also join them as the only other undefeated teams, a sharp turn from where both organizations were last year.

During the Lock In, Dignitas stopped 100T from advancing into the quarterfinals, and are continuing to demonstrate the power this newly crafted roster has. Dignitas’ focus on their bot lane in Neo and Biofrost continues to be a driving force in the team’s success. In both matches against TSM and Immortals, this bot lane duo took commanding leads over their lane opponents, with Neo ending the weekend 15/2/9 and Biofrost ending 2/1/25. Though these two players found multiple moments to shine, all of the members of this new iteration of Dignitas have breathed new life into the organization that has struggled to get to the top of the LCS for so long.

FlyQuest became the first team in the LCS to dabble in the dreaded Smite support top meta, as Kumo opted for supports in both games and found great success for the team. Other than FlyQuest, no other LCS team has opted for this strategy yet (outside of C9’s strange draft choices), resulting in massive gold deficits for Kumo, but acknowledging this factor as part of what makes the support top pick successful. This team, which started out of our Lock In power rankings in last place, has jumped up considerably thanks to their recent success, with us now having high hopes for their immediate future.

Just below the highest tier of the LCS are Cloud9 and Evil Geniuses, two teams who’ve opened up the 2022 season by flexing their clutch muscle, be it in the regular season or the Lock In tournament. Both of these teams have shown they know how to come up big this season, with no greater example of that than what came from C9 this past weekend against none other than EG, ironically enough.

In that game, C9’s newly signed AD carry Berserker practically single-handedly won the final teamfight for C9 with some impressive Aphelios mechanics, using a nearby minion wave to keep his Crescendum passive active before engaging EG while at a numbers deficit.

If either of these teams are going to make a mark on the 2022 LCS season and crack the upper echelon of our rankings at some point, it’ll be on the backs of their young talent. It’s arguable that there aren’t many teams in the league as stacked with promising stars this year as EG and C9. With names like Summit, Berserker, Winsome, Danny, Inspired and Jojopyun lining these two rosters, EG and C9 are likely the two most prevalent developmental projects in the LCS. We know it’s only been one week, but if their respective young guns look as impressive by the end of the split as they did this weekend, it wouldn’t be unreasonable to claim the future of the LCS will branch out from these two squads.

Team Liquid might well end up being the best team in the LCS by the time everything’s said and done and CoreJJ’s visa is resolved, but let’s be clear: this team is still loaded with talent. Eyla is playing like a top-five support in the league, and Liquid won Lock In last week with an SAT probability problem’s worth of roster combinations. 100T were better on the day in an admittedly boring top-two bout, so right now they’ll stay a hair above Liquid. Liquid proceeded to take out their frustrations on a sorry Immortals squad in less than 29 minutes, and looked, predictably, more coordinated when they did.

Remember when the hotness about 100T was that huhi wasn’t washed and FBI was putting kids in the dumpster but then they were found out for being one-dimensional, and Closer and Abbedagge decided the Thieves were going to win an LCS title on their backs instead? This team takes the top spot in our rankings after one week because they’re still as well-rounded a team as any in the league, and in game one against Liquid’s shiny new toys in the bot lane, FBI reminded everyone that he’s still that dude. Whatever rust 100T had in the Lock In tournament certainly isn’t showing through one week of the Spring Split.

Speaking more broadly about these top two teams, and especially 100T, keep an eye out for who gets better as the season progresses and all of these new rosters gel and find their identities. 100T through two games look like the team to beat, and given that they fell flat on their faces in Lock In despite zero roster changes, that’s a relief. But this top half of the standings will be a merry-go-round in 2022.