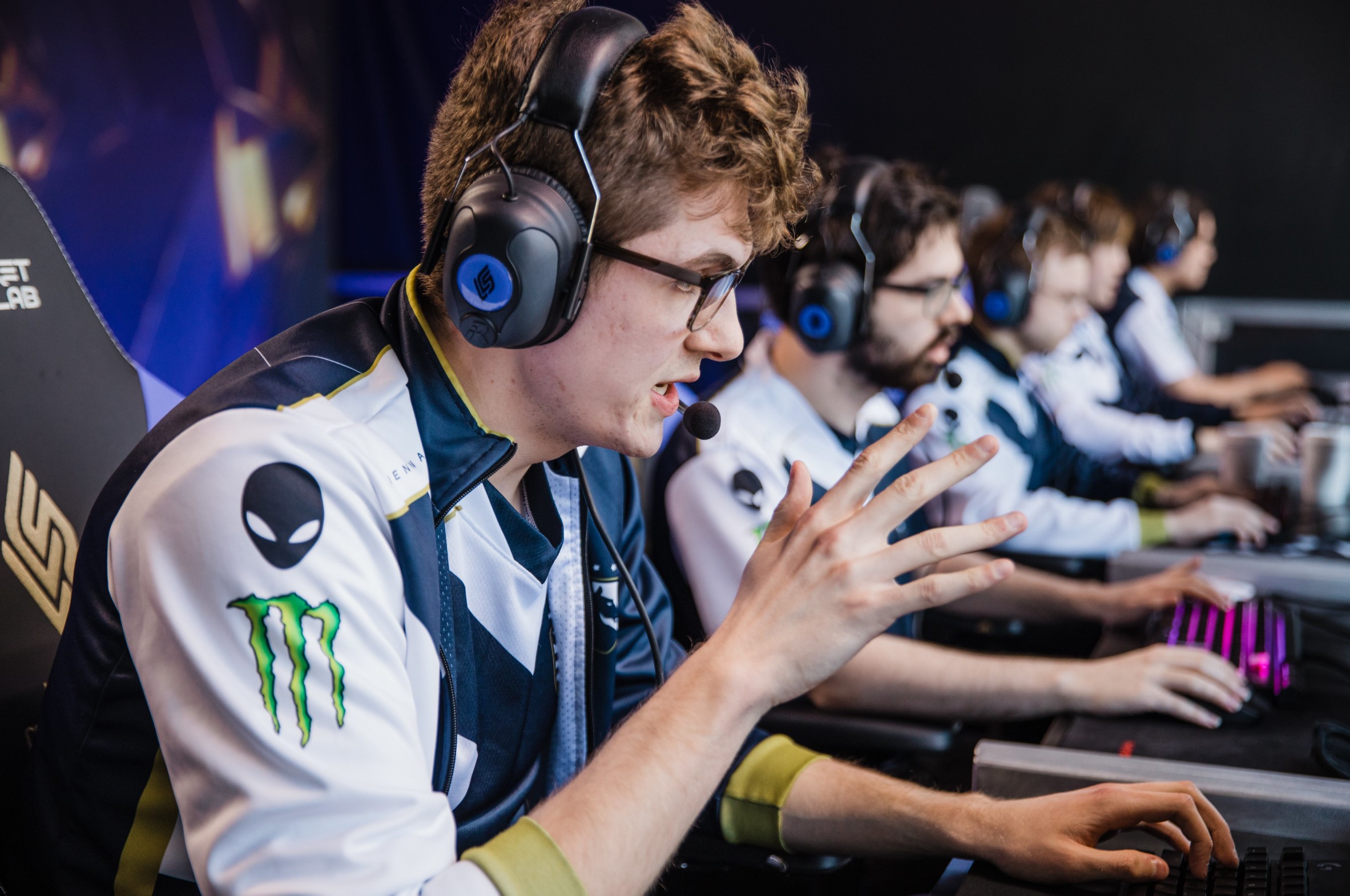 The final weekend of the LCS is upon us.

Each League of Legends team in North America has just three games left to play on their immense 45-game schedules. And stunningly enough, all three days this weekend could play major factors in the way the postseason plays out. Since eight teams eventually reach the LCS playoffs and have a shot at capturing postseason glory, nearly every game played over the course of the next three days will possess playoff implications.

And although our power rankings haven’t moved much since last week, with only three teams shifting positions, the LCS standings could be flipped entirely by the time the regular season comes to a close on Aug. 1. Plus, since the difference between first and fifth place is just three games, the entire top half of the league could look totally different than it does now.

With that all being said, here are our LCS power rankings heading into the final weekend of play in the 2021 regular season.

In it ‘til the bitter end: Golden Guardians, FlyQuest, CLG

Something happened to the new FlyQuest that impressed us for a chunk of this Summer Split. The team that turned heads by bringing their entire Academy squad to the main roster and found immediate success has since lost that spark, resulting in even more implemented roster changes that combine both rosters. Last weekend, they were on the receiving end of some tough losses, not being able to pull through with a single victory and seemingly displaying that the breakout success was temporary. FlyQuest sit at the bottom of the LCS in overall KDA, as well as the most negative gold differential at 15 minutes, according to competitive League stats site Oracle’s Elixir—among various other negative records. They haven’t been able to bounce back to where they were just a few weeks ago. Thus, they remain in ninth place in our power rankings this week, ahead of only CLG.

Speaking of CLG, although they did pick up a victory against Golden Guardians, it’s clear that their team morale is continuing to be the lowest it’s ever been. Since the lineup is full of various professional League veterans from around the world, they’ve been able to hold their own at points in recent games but quickly lose any hope they can pull through. And then there are games where they get absolutely stomped, like against Evil Geniuses last week. Damonte has certainly brought a breath of fresh air to the team, but it’s a bit too late into playoff contention for any further hope for CLG—so they’re at the bottom of our power rankings once more.

Licorice is another key player bringing life to another team after being traded. But after Golden Guardians’ highlight victory against EG in week seven, they’ve been on a downhill track again—though evidently not as bad as the in Spring Split. While losses to TSM and Team Liquid aren’t detrimental to the team’s progress, a loss to CLG certainly is. The Golden Guardians squad had all of the tools to stay neck and neck with CLG even at a deficit but once more struggled to close out the game. Yet, this new synergy that Licorice has brought to the team has made Golden Guardians a squad that doesn’t stop fighting until the bitter end, keeping them in the running for playoff contention. Because of Immortals’ rise in our power rankings this week, as well as their 0-3 weekend, Golden Guardians fall one spot in our rankings this week. But they possess the potential to bounce back.

Moving in opposite directions: Immortals, Dignitas

Both Immortals and Dignitas are firmly lumped into this tier outside the top five in the LCS and few would peg them as candidates to make a significant run deep into the postseason. That being said, aside from the three teams at the bottom fighting for a shot at even making the playoffs, Immortals and Dignitas are battling for the sixth seed, which guarantees them a spot in the upper bracket and the one-series cushion it provides.

Immortals face Liquid, FlyQuest, and Golden Guardians this week. The latter two are fighting for their playoff lives and will be much tougher tasks. That being said, Immortals are the hottest team in the LCS not named EG. They’ve won five of their last six games, beating three championship contenders in C9, EG, and 100 Thieves while only losing to TSM. It’s a different hero every game for Immortals and that bodes extremely well for best-of-fives. Revenge solo killing everyone in his path also bodes well for young NA talent, if that’s your thing.

Dignitas, despite entering the last week of the split a game above Immortals, continue to reek of mediocrity. Maybe that’s harsh, but the ceiling on Dignitas seems so set in stone—and that’s an unceremonious first-round exit. If individual storylines of likable players are your thing, sure, hop on the Dignitas train. It’ll be a short ride, but Akaadian’s resurgence on Kayn of all champions and aphromoo nurturing another budding talent in Neo might just get you attached and invested.

All three of these teams have locked up berths in the LCS playoffs, so if anything, C9, EG, and Liquid will be battling for seeding this weekend. And while C9 and Liquid—last split’s top two teams—will most likely climb back toward the top, it’s EG who might just earn their spot at the top of the league.

We were high on EG when the Summer Split began, claiming that they could steal a spot in the LCS’ top three if all the players on the team’s roster played up to their ceiling. And now, with Danny leading the LCS in kills with 99 and Jiizuke not too far behind with 94 heading into the final weekend of the regular season, it’s fair to say that EG’s prime players are playing well enough to warrant a spot in the top three of our power rankings for a third straight week. Plus, their 16-8 record in the summer showcases them as one of North America’s hottest teams. If the LCS still used its old format and reset its standings at the start of the Summer Split, EG would sit just one game behind first-place 100 Thieves.

Still, EG’s position in the actual standings isn’t all too bad, considering they’re just two games behind 100 Thieves and have matches with all three of their closest competitors to close out the regular season: C9, Liquid, and 100 Thieves. If EG manage to win all three of those contests and successfully control their own destiny, they’ll be in a prime position to finish the season near the top of the LCS.

But the late-season climb won’t be easy. Sure, EG managed to take down both 100 Thieves and C9 earlier in the Summer Split, but with Liquid—who EG lost to back in week four of the summer—adding starting jungler Santorin back into the mix for the season’s final three games, the last three games of the season will surely serve as a massive test of EG’s resilience.

TSM and 100 Thieves are both locked in for the playoffs at the top of the regular-season standings, but they shouldn’t relax too much heading into the postseason.

There was a point in the 2021 Summer Split where people thought 100 Thieves were the best team in the league, but it’s been far from smooth sailing recently. Over the last three weeks, they’ve only won four times, which isn’t the standard that a championship contender should be holding themselves to as they prepare to challenge for the trophy. With games against TSM and EG, this weekend should be a test of their ability to bounce back after struggling against C9 and Immortals.

Meanwhile, TSM had an eventful week eight, capped off with an improbable comeback victory against C9 that now has the perennial LCS champions tied for first place in the overall yearly standings.

This team has been living through the mantra of “survive early, thrive late” throughout this split. They only have the fifth-highest average gold difference at 15 minutes in the LCS, but also have the second-best dragon control rate, the second-highest Elder control rate, and the highest Baron control rate in the league, according to Oracle’s Elixir.

TSM have good teamfighting and decision-making and have shown the ability to come back from tough situations through good objective control and macro. The big question now is whether they can maintain this level of consistency with their identity as a team.