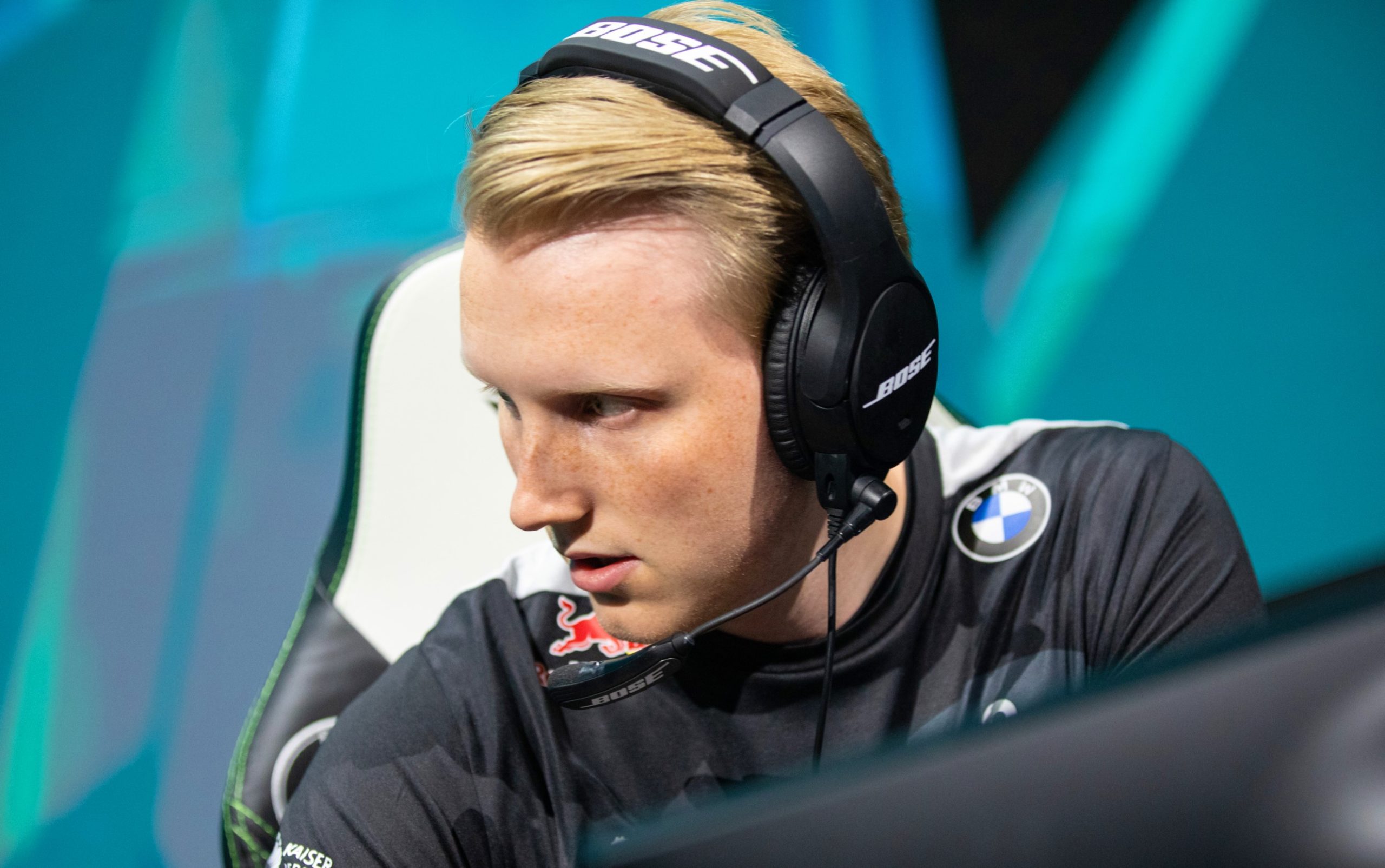 Three weeks of play are in the books for the 2021 LCS Summer Split. This time last split, we were already halfway done with the schedule. In summer, though, there’s still six weeks left on the board. That means each team in the league will have 18 games between now and the end of the regular season to make a case as to why they’re worth a playoff berth. And while many teams cool off and settle in with their new (and in some cases) improved summer rosters, others are scrambling to stay alive.

This week’s edition of our LCS power rankings saw more movement from top to bottom than any week in the league this season. Nine of the ten teams shuffled in their placement in our rankings in comparison to last week, proving the point that the LCS is still anyone’s game. Here are our LCS power rankings after three weeks of the 2021 Summer Split.

It feels bad to put Immortals in this tier, because while it is difficult to get a read on a team as inconsistent at Immortals, their week three performance and the obvious tight-knit nature of this team in an age of roster swaps is a massive boon for them. They almost had a 3-0 week with a close game against first-place TSM before battering Cloud9 and FlyQuest to finish off the week. Xerxe brought Gragas into the jungle, Revenge and Insanity played Nocturne and Viego well in their less common solo lanes, and Destiny continues to be an important playmaker for Immortals, who are on the rise and face a very winnable week of games this coming weekend.

FlyQuest have lost four in a row and five of their last six, which makes FlyQuest look like the worst team in the LCS. The game against Immortals will likely sting the most for FlyQuest fans, because they couldn’t find a way to get Josedeodo ahead on Kindred, nor Johnsun on Tristana. That might be more credit to Immortals looking strong than FlyQuest looking weak, but the gents in green are floundering, and teams haven’t let off the ‘bully Licorice relentlessly in the top lane’ strategy, so they need to find another win condition ASAP. But with TSM, Dignitas, and Golden Guardians looming in week four, there are plenty of opportunities to right the ship.

Golden Guardians are 3-6 in Summer. They won three games all Spring, so things are looking up for them, and Solo has made a clear difference in how this team plays. Ablazeolive and Iconic have slowly improved their play, and the team’s macro looks better as a whole. For GG, that has to keep being the case, because raw-talent-wise, they will often be outclassed in the early game.

What is Dignitas doing, exactly? The team roared into the Summer Split as one of the most promising squads in the LCS thanks to their high ceiling and proven ability to challenge some of the league’s most prominent names. After benching its most promising prospect in Soligo, however, and then promptly following that benching up with another benching of the team’s centerpiece jungler in Dardoch, it’s fair to say that Dignitas has lost their identity.

CLG, on the other hand, are shaping an entirely new identity. The team have suddenly revitalized their playoff chances with a 3-0 weekend in which they nearly completed a perfect game over the then-first place 100 Thieves. Through the use of creative picks such as Vi, Galio, and Lissandra, CLG have crawled out of the woodwork to sneak into playoff contention. In fact, if the season ended today, CLG would force a tie with FlyQuest for the league’s eighth and final playoff spot.

CLG’s last three games are what we’ve been wanting to see from this roster all season. At first glance, there’s no reason why a team that’s made up of five of the most accomplished and internationally-experienced veterans should be in the basement of the LCS. Broxah’s 16.3 KDA and 79 percent kill participation mark this weekend reignited memories of how he carried Fnatic to the World Finals three years ago, while Wildturtle’s 19/2/31 scoreline across three games reminded us just how dominant he can be in the right environment. Perhaps this past weekend was a sign of stronger things to come for a CLG team that has been playing well below its ceiling for the better part of the last six months.

What is happening with our former top contenders in this region? Team Liquid, who was one win away from attending MSI, announced today Jatt has resigned from head coaching duties, while Santorin and Alphari will be out due to health and personal issues. Things are rough right now in the Liquid camp, and hopefully, the team is able to get through these tough times. For the time being, though, this massive shift in personnel could see TL drop further in the regular season standings while they try to figure things out, which could have even bigger implications for the playoffs and beyond.

Cloud9, on the other hand, hasn’t looked nearly as consistent as they did in the 2021 Spring Split, especially after an 0-3 end to their last week of play. The leeway that people usually give this team due to their past results is running thin after losses to Evil Geniuses, Immortals, and TSM—they need to start giving fans a reason to trust them again, even though there’s still plenty of games left in the season. Luckily, Zven is coming back to the starting roster this week, which should help their confidence for week four.

As for Evil Geniuses, they have to keep up their performances no matter who they’re playing against. The team won against C9 and Golden Guardians this past weekend, but lost to the miracle kids in CLG. This roster loves to fight, but sometimes that aggression can be a double-edged sword—they currently have the most kills, but also the second-most deaths in the league, according to Oracle’s Elixir. They have really strong early games, but their mid-to-late game play can get messy, which is something they must look to clean up as the season moves forward.

Stability is everything: TSM, 100 Thieves

Consistency seems to be the key to remaining at the top of the LCS during this Summer Split, and no two teams have been more consistent than TSM and 100 Thieves. While this isn’t surprising considering their performances at the top of the standings in the spring, not hearing that Team Liquid or Cloud9 is in the top two after their constant success has been a bit jarring—but more than what the LCS needed.

While 100T didn’t secure a 3-0 weekend like their competition in TSM, both teams retained that synergy that they have shown throughout the entirety of the Summer Split thus far, leaving them neck-and-neck in both the LCS standings, as well as within our own power rankings.

What’s notably bringing TSM all the way to the top this week is their complete decimation of C9—which looks to have ultimately resulted in C9 bringing back the big guns for this week. The combination of Spica and Huni is just *mwah*, absolute perfection. This team knows how to keep a lane ahead when they get the smallest chance, and oh boy, do they capitalize on it. Spica finishing that game 5/0/6 on Volibear is the stuff of nightmares, and may bring about the downfall to even more LCS teams in the coming weeks.

100T certainly doesn’t have much to fix, but with TSM’s domination this week, there was no way that they’d be able to retain that coveted first place spot in our power rankings this week. Falling to the up-and-coming CLG squad definitely isn’t great for a team like 100T that has consistently made games completely one-sided, but it’s certainly not a make-or-break for the squad. They have every opportunity to once more prove themselves this weekend, and perhaps give TSM a run for their money by the weekend’s end.

It’s about time we welcomed new faces onto the LCS throne. TSM and 100T continue to prove to us that combining new talent with veterans reaps all the rewards, and for that, they remain at the top of our power rankings, unlikely to fall off any time soon.