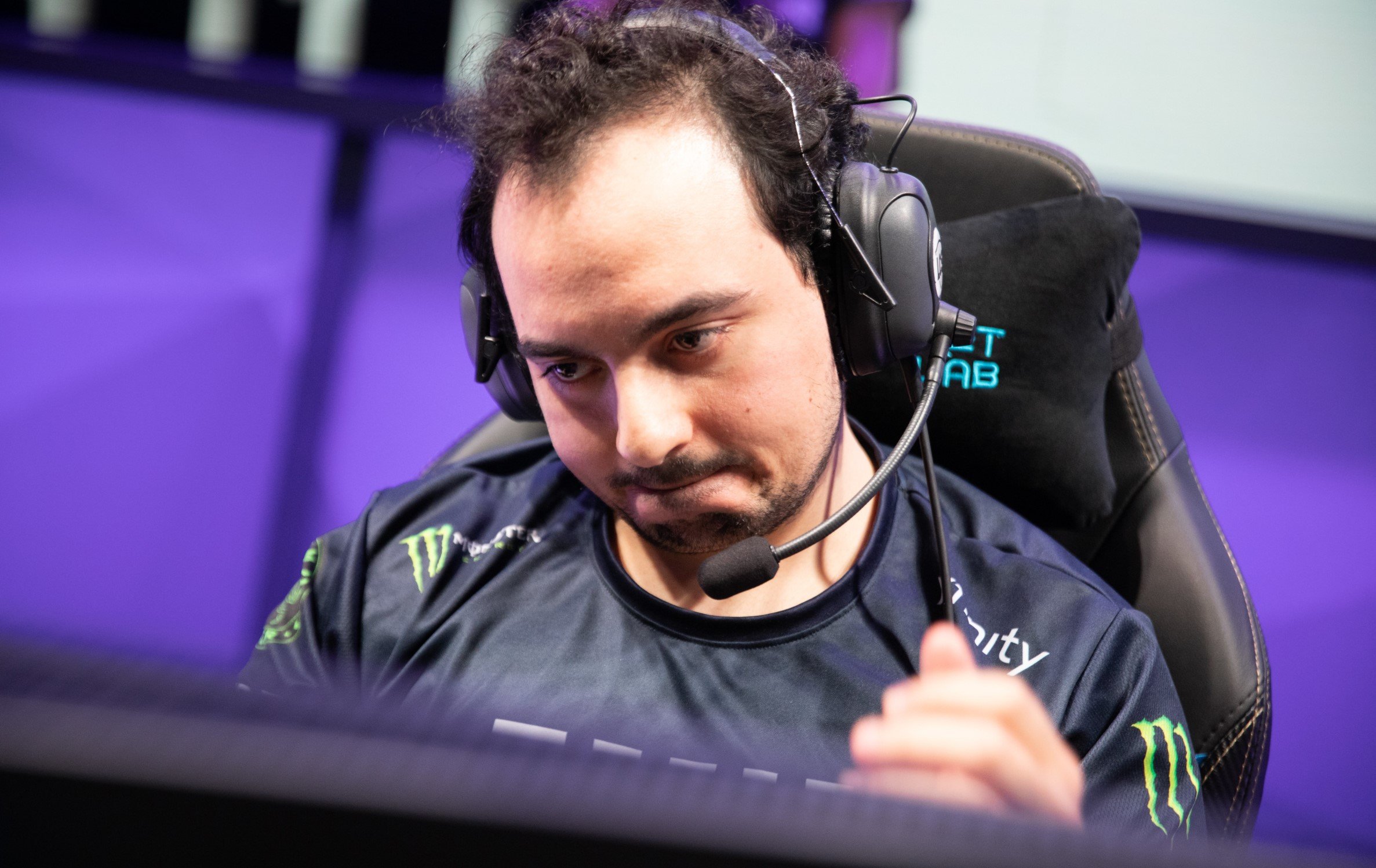 Two weeks remain in the 2021 LCS Spring Split. Eight teams all have a realistic shot at reaching the postseason and getting a chance to qualify for this year’s Mid-Season Invitational. Additionally, the final six games—especially the ones being played between contenders—should provide clarity on which teams will qualify for the playoffs.

Several big-time matchups are set to take place this weekend. TSM will face off against 100 Thieves, Cloud9 are dead set on revenge against Team Liquid, and a few more intriguing head-to-heads involving the top teams will be occurring as well.

With playoff implications on the line and a stacked week ahead of us, we asked our team of League of Legends experts to rank the LCS teams as the Spring Split heads into its eleventh hour. Here are our power rankings for the LCS after four weeks of play in 2021.

There’s a party in the top six and none of these teams are invited. That being said, a couple of these teams could still crash the festivities. No one has clinched a playoff spot and no one has been mathematically eliminated, but both of those things will likely change this week.

Immortals continue to defy expectations and slowly climb up the standings and rankings. Although it does feel like there’s a line in the sand as far as raw talent between Immortals and the top six, they’re only two games out of a playoff spot. This week for them will all but decide their fate this split since they take on CLG, Evil Geniuses, and FlyQuest, all three of whom they’ve already beaten. At the bare minimum, they need a 2-1 week because they face an absolute gauntlet to end the season against 100 Thieves, TSM, and C9.

FlyQuest’s rebuilding project continues to show good signs at the individual level. Palafox is proving he has the ability to be an LCS-level mid laner with a gutsy series of plays on Sylas in a win over TSM, including a confident first blood and a selfless Baron defense. And Josedeodo keeps putting together consistent performances. In the aforementioned TSM game, Johnsun also played well on Tristana, which is a good changeup from his usual formula for success. On “traditional” marksmen like Kai’Sa, Aphalios, and Jinx, he’s a combined 0-5. With his more consistent picks like Seraphine and Senna banned away by TSM, the sophomore was able to pivot and pop off.

CLG won another game. Despite having just two wins, this team obviously has the talent to become a playoff contender. This week’s games provide opportunities for them to keep the momentum going and pick up wins against teams in their echelon, like Immortals and FlyQuest.

Golden Guardians’ upset of 100 Thieves two weeks ago, not to take anything away from them, seems more and more like a product of a limping 100T squad. But it seems like Golden Guardians are finding ways to not just get straight up bounced off the Rift and Stixxay seems to have found a bit of a pocket pick with Sivir coming back into the meta somewhat. Niles and Iconic in the top lane and jungle, respectively, are still clearly developing, and Iconic specifically needs to be a little more present to enable, or at least protect, his top and mid laners. This should come to fruition organically with ganking junglers finding more stage time, but the PvE style of Iconic is methodically getting exposed.

Liquid come into this week with a seriously intriguing schedule. Games against Golden Guardians and CLG should be enough to give them a cushion heading into the final week of the Spring Split. Additionally, a matchup with C9 should prove whether Liquid have the moxie to stick around throughout the back half of the Spring Split.

Liquid are one of two teams to beat C9 in the 2021 regular season and hold a 4-2 head-to-head advantage with them dating back to the Lock In tournament. Liquid can easily post a 3-0 week to propel them straight into the playoff picture, considering they beat all three of this weekend’s opponents during the first round robin.

While EG have been on a hot streak as of late, winning three of their last four contests, they’ve built a streaky reputation early on in 2021. Just two weeks ago, EG went on a three-game slide that threw them into the middle of the pack. They haven’t climbed back up the ladder since that point and could realistically be forced to sneak into the back end of the Spring Split playoffs.

In a torturous world, it’s feasible that EG could fall out of the playoff picture this weekend. Relatively tough matchups against top-half teams like 100 Thieves and Dignitas could prove to be make-or-break games for EG’s Spring Split run.

As far as Dignitas goes, they’ve performed well above expectations so far this season. Posting a record of 7-5 and sitting just one game behind second place in the LCS with just two weeks to play in the Spring Split is a respectable situation to be in for a team that was predicted by many this past offseason to crawl around the basement of the league throughout the majority of 2021. Two matchups against competitors in TSM and EG—two teams sandwiched around Dignitas in the standings—should prove whether they’re a Spring Split fluke or a genuine contender that’s here to stay.

C9 might be the best team in the LCS, but TSM and 100 Thieves are the hungry wolves that are chomping at their ankles. After another decent weekend from both organizations, these two 8-4 lineups are looking to create some breathing room between them and the rest of the league’s middling group of teams.

Last week, TSM beat Liquid and CLG, but also lost against a developing FlyQuest roster. But still, this roster has finally locked into some type of consistency through the last three weeks of play. Huni is placed firmly on weakside champions like Gnar and Shen, while Spica focuses his attention toward the bottom lane to work with SwordArt. They still make some mistakes while going for aggressive plays, but the new playstyle has worked well so far.

100 Thieves, on the other hand, are trending sideways a bit heading toward the end of the regular season. The team looked strong out of the gates of the LCS Lock In, but over the past two weeks, they’ve only won three of their last six matches.

100T have the second-highest average gold difference at 15 minutes in the league, according to Oracle’s Elixir. But sometimes, they aren’t able to convert their leads into a successful snowball to victory. 100 Thieves also have the third-most deaths in the league with 180 on the season, along with a lackluster 0.90 KDA. With some teams starting to figure themselves out as the season continues, 100 Thieves haven’t been able to evolve their game further, causing them to lose matches that seem secure on paper.

This weekend, TSM have a turbulent schedule with games against Dignitas, 100 Thieves, and C9—all teams that are jockeying for position at the top of the regular season standings. Meanwhile, 100T have a bit of an easier time with EG and Golden Guardians. If there’s any time for the boys to pull off a heist to widen the gap and find some momentum heading into the playoffs, it’s this weekend.

A league of their own: Cloud9

Catching C9 feels like an impossible task. A record of 10-2 to start the regular season is impressive, to be sure, but just two games separate C9 from a share of second place. It should feel like the rest of the league is breathing down C9’s neck, but the disparity in play has been too severe to ignore. There’s no team that’s more deserving of first place—and a spot atop our rankings—than C9.

Every time a team like TSM or 100 Thieves comes within inches of C9’s spot at the top of the LCS, C9 respond by throwing them back down into the dirt.

This weekend, C9 can start putting the pieces together to clinch a berth in the Spring Split playoffs. They’re the odds-on favorite to represent North America at the Mid-Season Invitational later this spring. But while the prospect of international play does seem appealing to a team like C9—especially considering the organization fell short of qualifying for last year’s World Championship—there’s still trouble on the homefront to be dealt with.

Although C9 posted a 3-0 record last weekend, have won seven of their last eight games, and have beaten nearly every team in the LCS at least once, the white whale that’s eluded them throughout the Spring Split is on the radar this weekend. If C9 want to secure their spot at the top of North America, they’ll have to take down a Liquid squad that’s had their number throughout the entirety of 2021, dating back to the LCS Lock In tournament. Once they can prove that they’re a better team than every opponent in North America, C9 can waltz to the finish line.