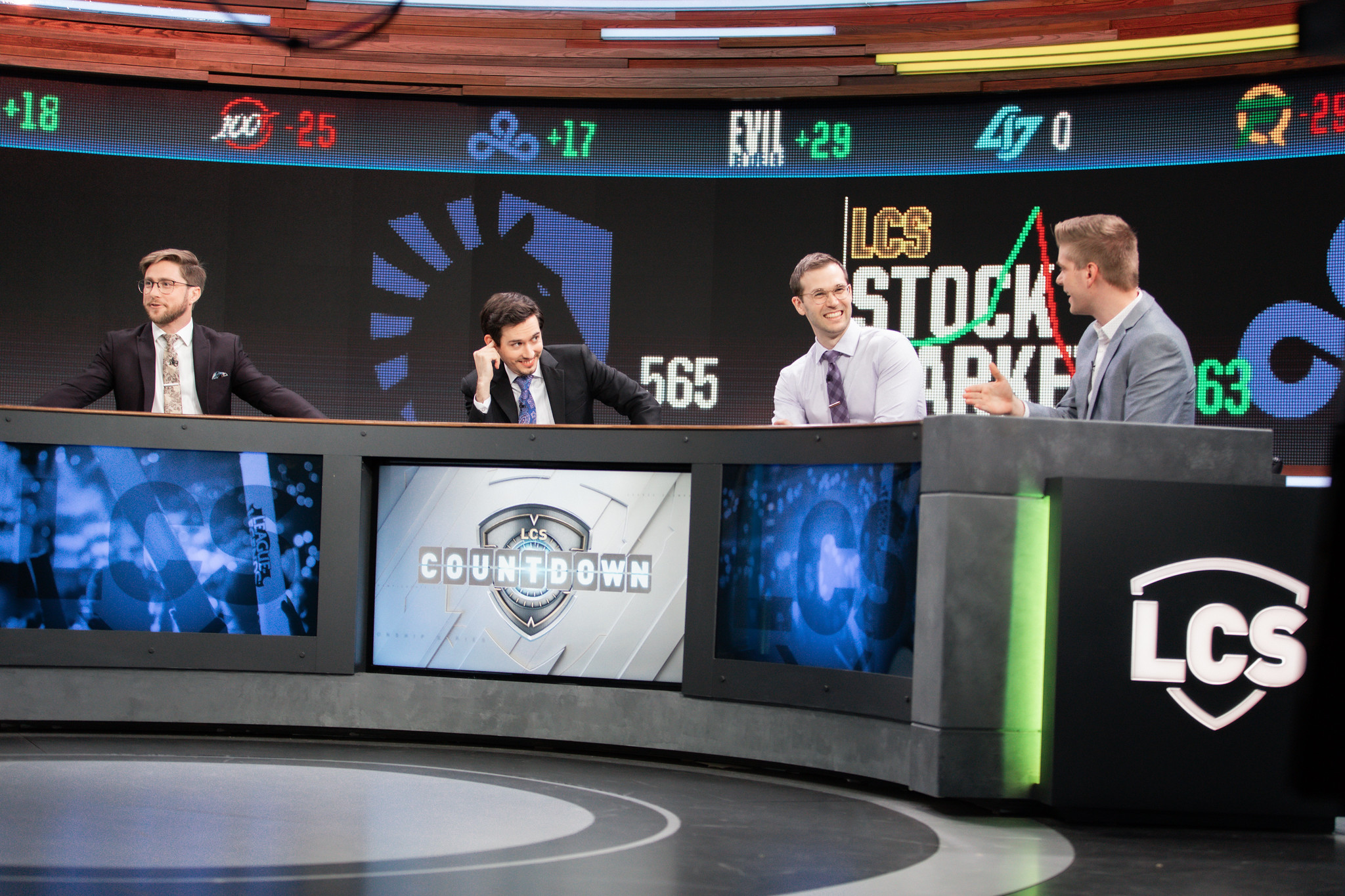 After five weeks, the LCS standings are entering a dangerous dimension. Things are super close, especially in the back half of the league, which will determine the final playoff positions. With four teams tied at 4-6 and two more holding at 5-5, even a little movement could cause the whole landscape of the LCS to change.

The danger extends to our LCS power rankings. After a few weeks of chaos, we had a surprising consensus after week five of the 2020 Spring Split. Out of five League voters—and a total of 50 votes—there was only one vote that differed from the others.

Check it out for yourself—this is what happened when each of our voters ranked the teams from one point (worst) to 10 points (best):

This level of agreement can be dangerous. It’s possible that we’re just setting up the LCS for a tumultuous few weeks where everything gets turned upside down. That’s generally how the writer curse works—whatever we think will happen, usually the opposite occurs. Get ready for some fireworks in the back half of the Spring Split.

Back in the dumpster: 100 Thieves, Golden Guardians, CLG

First, we have to make it clear that one of these things is not like the others. 100 Thieves and Golden Guardians, despite their struggles in week five, are still hanging onto a playoff position, tied for the last spot at 4-6.

But then there’s CLG. They saw an initial ray of hope following the insertion of LCS veteran Pobelter in the mid lane, but the team’s results look exactly the same with him in the lineup. His individual laning numbers are much better than Crown’s, but like Crown, he hasn’t had an impact across the map. Some of that is matchup-specific, but even when his opponent is roaming, CLG aren’t seizing on priority in the mid lane.

100 Thieves and Golden Guardians also saw some setbacks in the last couple of weeks, largely because of their solo laners. 100T top laner Ssumday is getting some chatter as an MVP candidate due to his carry performances. But mid laner Ryoma’s inability to control the focal point of the map is a big issue, even more than him being solo-killed by mids of better pedigree.

Golden Guardians have the opposite problem. Goldenglue is adequate as a mid laner, but top laner Hauntzer, who for years has been a reliable and flexible player, is finding himself in more losing matchups lately despite getting a fair share of his team’s resources. All of that is hiding how good of a split young bot laner FBI has had.

These three teams have also fallen back down to Earth in the last few weeks. We’ve written for a while that Immortals’ hot start, keyed by strong team play, could end once the other teams in the league get more comfortable with their rosters. In the last couple of weeks, that’s happened. The team lost key matches against potential playoff foes like Dignitas and Evil Geniuses.

Neither Dignitas nor Evil Geniuses were able to capitalize on their victories over Immortals to pull ahead in the standings. Dignitas basically go as top laner Huni goes, a familiar scenario for Huni-led teams. Evil Geniuses are more enigmatic. They have solid wins against FlyQuest, Immortals, and Liquid, but also puzzling losses against CLG and Golden Guardians. It’s difficult to evaluate a team who’s ceiling and floor are so far apart.

Hanging in there: FlyQuest, TSM, Liquid

After five weeks, we continue to stick with Team Liquid as they’ve done pretty much the minimum to hold on to their position in the power rankings. The latest setback, a loss to Evil Geniuses, was another indictment of the team’s ability to play multiple sides of the map. They found themselves with an extremely advantageous setup after EG swapped lanes but weren’t able to make anything of that before getting caught out in the mid game. We did caution several times that the arrival of Broxah in the jungle spot wouldn’t lead to a magical resurgence, but it would still shock us if Liquid didn’t even make the playoffs.

FlyQuest continue to impress us, finding ways to close out games that they might have lost in 2019, and even creating some comebacks. And TSM remain dangerous with the level of solo-lane play they’ve received from Broken Blade and Bjergsen. Even in their losses, like a recent one to FlyQuest, they’re the ones driving things for much of the game. TSM and FlyQuest were also the only teams where we had a vote disagreement. They’re in this tier because they belong while Liquid are skating by on reputation.

Nobody can touch C9 right now. They’re really, really good at multiple positions and playing at a level that’s giving the region hope.

But the LCS has seen dominant teams before—2016 was an especially good year with Immortals finishing the Spring Split with a 17-1 record and ultimately going 33-3 on the year. That summer, TSM also went 17-1 in the best-of-three format, a more difficult test than what today’s LCS teams face on a weekly basis.

C9 are good, and with the advancement in how the game is viewed and played, there’s a fair argument that their level of play has never been exceeded in this region. But let’s hold onto the arguments that they’re historically great until we see what the rest of the split looks like.