With three weeks left, nearly everyone is still contention for playoffs. 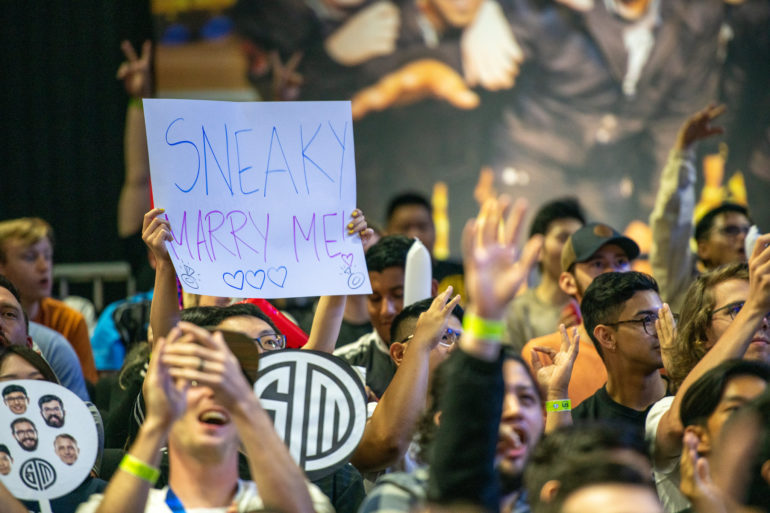 There are just three weeks left in the LCS Summer Split, but somehow, nearly everyone is still in contention for a playoff spot. Except you, Echo Fox. You’re still terrible.

Recent runs by bottom dwellers like 100 Thieves and FlyQuest have made the end of the table a lot more interesting. Both teams came into the season with a lot of talent and promise, and it appears they’re finally starting to realize upon those. It will make for a really interesting end to summer.

To figure out which teams have the inside track to the coveted playoff spots, we asked our League experts to rank each team from one point (worst) to 10 points (best). Here’s how it turned out:

This split is going to be crazy!

For the first time in forever, 100 Thieves are not in the bottom three. In their place are Clutch and FlyQuest, but honestly it’s anyone’s guess who will end up here at season’s end.

What’s not a guess is Echo Fox, who are undoubtedly going to finish at the bottom of the standings. They were competitive for a while in their last game vs. 100 Thieves, but then gave up a totally free Baron when they relied a little too heavily on the scuttle vision.

Clutch and FlyQuest still have hope in this tier. Tanner Damonte just popped off on Qiyana for Clutch, and FlyQuest beat a mostly-solid Golden Guardians squad and put up a decent fight against Liquid. Their record from the first few weeks might keep them out of playoffs, but at least you see signs of life.

Back at it: Golden Guardians, 100 Thieves, OpTic Gaming

In a major role reversal of the start of the split, OpTic Gaming have tumbled into danger territory of missing playoffs while 100 Thieves all of a sudden can’t be beat. Mid laner Yoo “Ryu” Sang-ook has really brought the rest of the Thieves back together, and a collective focus on bot lane has made Bae “Bang” Jun-sik look good again.

Golden Guardians and OpTic both seem to have hit mini plateaus. Golden Guardians have decent fundamentals but have really struggled in both lane phase and closing things out. New bot laner Ian “FBI” Huang is giving them some spark in the early game that could go a long way towards helping the team get better.

OpTic were probably never top-three good, but it’s a bit unusual to see them make silly late-game mistakes that hand over objectives to their opponents. Until they can clean up that aspect of their play, even if they make playoffs, their run might be short.

Neither of these teams had a particularly good week. For some reason our panel is still irrationally enthusiastic about CLG despite their 0-2 weekend. Maybe it’s because we’ve been collectively disappointed by TSM too many times and are now scarred for life.

Last Sunday, both teams tried to push the boundaries for how big a lead they could build before throwing it all away. Those games honestly made the entire region look bad. TSM seemed to forget they had a Jayce on their team as they opted into teamfight after teamfight. CLG’s mistake was a bit more forgivable—support Vincent “Biofrost” Wang face-checked the wrong bush—but was disappointing nonetheless.

And that leaves us with Liquid and C9 at the top once again. We don’t feel great about it—the win over FlyQuest shows that Liquid still aren’t taking this split super seriously. C9, on the other hand, lost another lane phase hard to TSM before somehow coming back for the victory.

Those types of back and forth games where one team mounts a huge comeback and inexorably fun to watch and great entertainment. But they also threaten to undermine any progress NA has made in improving its collective level at League.