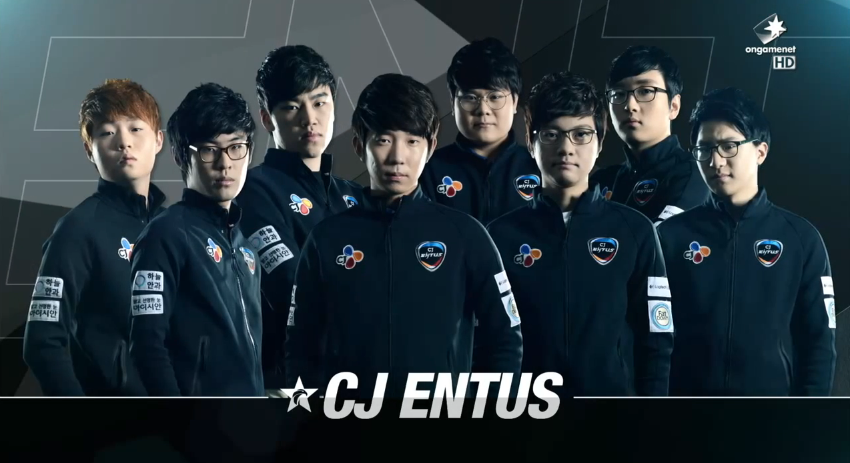 Despite a disastrous preseason CJ Entus came back hard, knocking down SK Telecom T1 who was thought to be the strongest team in Korea. Most redeeming of a performance was the former Mid-Laner and now Jungle; Ambition, who succeeded in the herculean task of containing Faker.

Week 1 of LCK has given us all a small taste of each team’s current form, and here’s some statistics comparing players by role to see who showed off the biggest numbers.

Bolded means that player is leading in that particular category.

Asterisk* next to player’s name denotes the amount of MVP they received.

Despite being crushed by SKT in two games, NaJin is continuing to look like one of the best teams in Korea. One of their strongest features as a team I think is their three laners; Duke, Ggoong and Ohq each having the ability to strap the rest of the team on their backs and carry.

Although there simply isn’t enough games to completely assess a player’s performance at an overall level, the numbers can certainly hint towards a specific direction for future predictions or a generalized assessment.

The stat I think most people would be surprised about in this week is that just from looking at the numbers, Easyhoon had a superior performance than the death machine that is Faker. Much of this can be assumed is the result of Faker picking early (e.g Xerath in game 1 vs NJE) so as to allow his team mates a counter pick opportunity as well as Ambition’s focus in camping Faker which can explain his extremely high kill participation (87.1%, the highest of all junglers, with second being merely 76.9%).

With SK Telecom T1’s downfall to the team previously thought to be one of the worst if not the worst team in LCK, NaJin e-mFire claiming the prestigious title as ‘the best team in Korea’ seems to become more of a reality. However a perfect example of where stats and numbers mean little to nothing without the proper context is Duke, arguably the strongest top laner in Korea. Though his KDA, kill participation and creep scores seem mediocre, without a doubt he was a big part, maybe the biggest part of all of their 3 wins so far. In game 1 against SKT he cleaved through their rival team with well placed Equalizers and in game 1 against KT, Duke showed the sheer power and might that is Warmonger Sion where he greatly outfarmed Ssumday and become a massive teamfighting threat. The only thing going for KT that game was Duke not dying once and not having to deal with his empowered passive.

As a final note, as more and more weeks pass by I will try to continue to average out player performances both weekly and in total so as to flatten the statistics so they are less fluctuated. I think it’d be interesting to see how the numbers change by the end of the season.