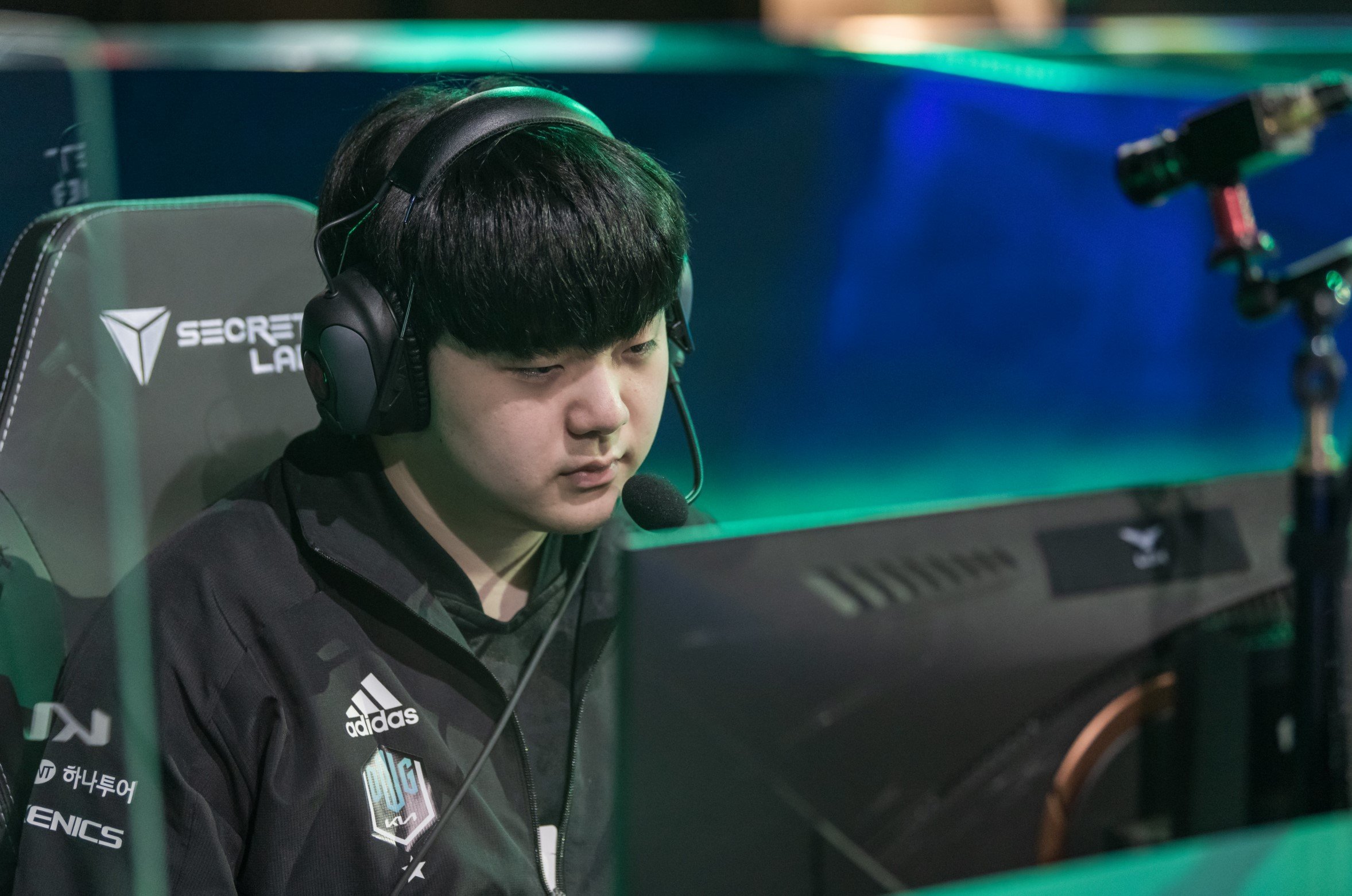 There are just two weeks left to play in the LCK Summer Split. With three matches (or four in certain cases) remaining for each team, it’s evident the postseason is right around the corner.

The difference between finishing the regular season in first place and missing the LCK playoffs altogether can be determined by just three matches. Realistically speaking, if the next two weeks’ matches play out in a certain way, the entire LCK standings could be turned on their head by the time the season comes to a close.

For now, though, there’s at least a sense of stability in our power rankings, as just two teams swapped positions in our rankings when compared to last week. Beyond a shakeup near the top of the league, the LCK looks to be fairly reliable for the time being. Of course, that could all change by this time next week, but for now, let’s enjoy the peace of mind granted to us by one of the world’s steadiest leagues. Here are our LCK power rankings heading into the second-to-last weekend of the Summer Split.

On the outside looking in: KT Rolster, Fredit BRION, DRX

It’s hard to imagine that these three teams will be doing much more than “playing out the string” over the span of their final stretch of matches. Mathematically speaking, KT Rolster and Fredit BRION still have an astronomically slim chance at squeaking into the playoffs, but they would need to essentially win all three of their remaining matches, in addition to receiving some help from other teams in the league in order to knock contenders like Hanwha Life and Afreeca Freecs down a few pegs.

The LCK postseason field isn’t set in stone, but it’s relatively safe to say that these three teams make up the cutoff point for where the playoff race ends.

We still have an ounce of faith in Hanwha Life, largely because of their strong individual talent on the roster, but with three tough matchups to close out the Summer Split, Hanwha Life will likely need all of their lynchpin players to show up and show out across the season’s final two weeks. All three of Hanwha Life’s final matches pit the team up against playoff contenders in Liiv Sandbox, Afreeca and T1, essentially meaning there won’t be any freebies for Hanwha Life as the season winds down. If they’re going to make the playoffs for the second straight split, Hanwha Life will have to earn their way there, unseating potentially more worthy teams like T1 and Afreeca along the way. Don’t count on it, though. Afreeca and T1 both beat Hanwha Life earlier in the summer, while T1, in particular, haven’t lost a match to Hanwha Life since last February.

In the span of two months, we’ve watched DWG KIA slide from bonafide league-favorite to middling contender with a chance of getting outpaced in the race to Worlds.

Granted, we might be overdramatizing DWG KIA’s struggles, considering the team is just two matches out of the league’s top spot with three matches left to play on the schedule. But, on the flip-side of that equation, DWG KIA is just potentially two matches away from falling into seventh place and missing the postseason altogether. We’re paying more attention to DWG KIA’s place in the standings than their overall record, sure, but it’s hard to not stare at their position when the team has fallen out of the top three in the LCK for the first time in over a year.

The team has lost three of their last five matches and could potentially be overtaken by teams like Afreeca Freecs and T1 if their struggles continue. And it’s not like DWG KIA has a particularly favorable schedule moving into the final leg of the regular season. With matches against Gen.G and Liiv Sandbox to close out their year, DWG KIA will need to bear down and prove that they can compete against the LCK’s new class of top teams.

The top spot on a razor’s edge: Nongshim RedForce, Gen.G

Nongshim RedForce has had their way with the entire field of teams in the LCK this summer, beating every team in the league at least once except Gen.G. In fact, dating back to the Spring Split, Nongshim holds an impressive winning percentage of 66 percent against the rest of the LCK, while still remaining winless against Gen.G. Even teams like DWG KIA, Hanwha Life, and T1, who outright blanked Nongshim in the spring, have been overpowered by Nongshim in the summer.

What’s peculiar about Nongshim’s approach to League of Legends, though, is that the team barely scrapes together competent early-game performances, but still manages to string together impressive win after impressive win. What’s hardest to believe is that Nongshim has an 88 percent win rate this summer when ahead at the 15-minute mark, but have only been ahead at 15 minutes in just 16 of the 40 games they’ve played in this split, according to League stats site Games of Legends.

Plus, Nongshim has only secured First Blood in 42 percent of their games this summer, in addition to securing, on average, less than one dragon prior to the 15-minute mark, according to Games of Legends. If Nongshim get ahead early, there’s a near-certain chance that they’ll hold on, but putting together some sort of early-game lead has been a difficult ask for the team throughout the summer.

With those marks in mind, Nongshim hasn’t been dominant enough for us to confidently say that they hold the ball in their court. Sure, they’re on top of our rankings by a slim margin, but if anything, Nongshim is still the newcomer team in the LCK looking to break the mold, while Gen.G (among others) represents the proven commodity that’s expected to come out on top. Just one match separates Nongshim from Gen.G in the standings, and on the final day of the regular season, they’re slated to play one last match to determine who ends up on top. It’s possible that both Gen.G and Nongshim are still tied with each other when that game approaches, so every moment between now and then could play a pivotal role in the playoff race.