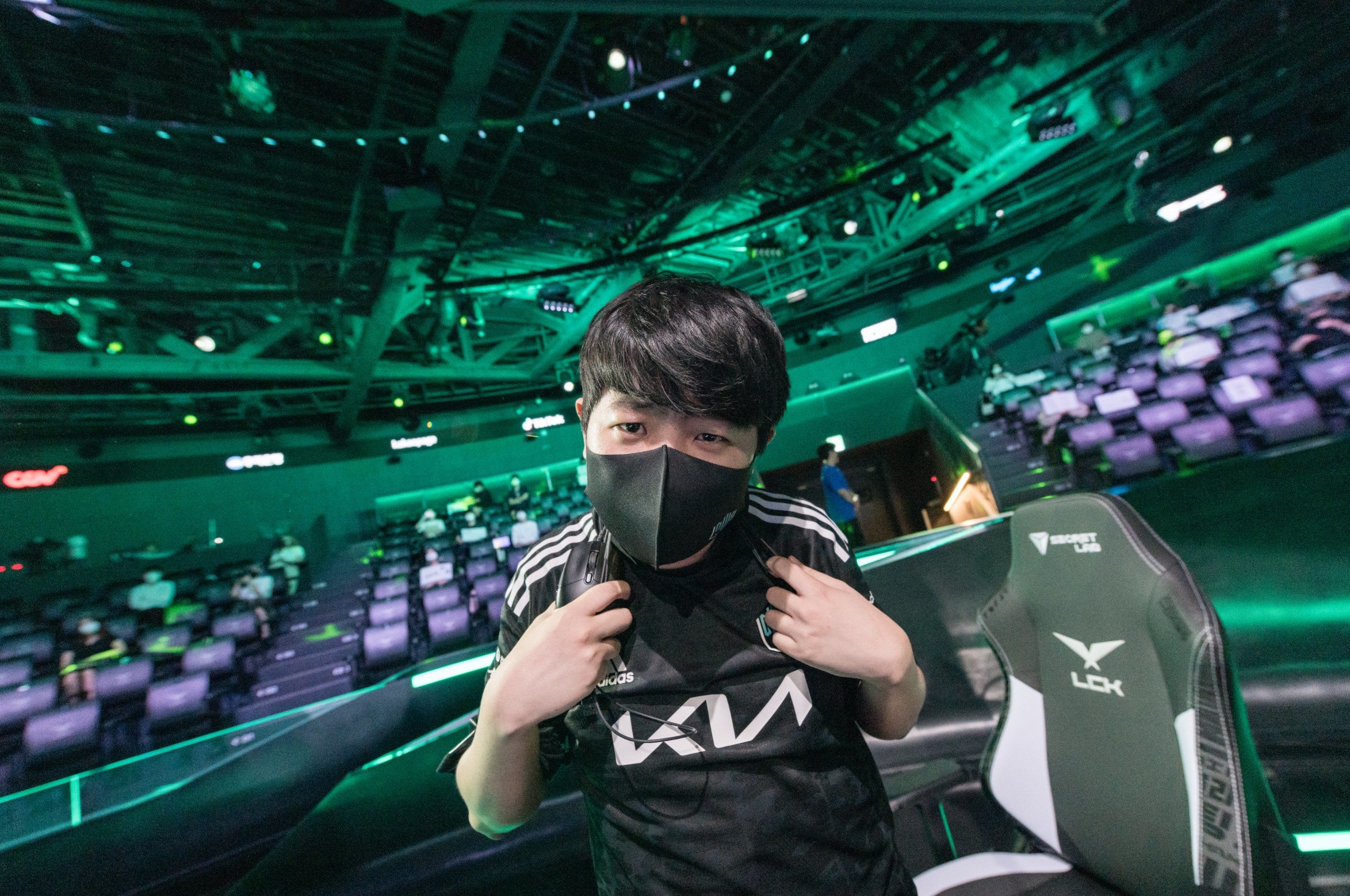 There wasn’t too much movement in our LCK power rankings this week, despite the fact that a lot of last week’s major movers went in opposite directions this time around. Gen.G saw their winning streak broken, Hanwha Life put together their first 2-0 week since March, and Fredit BRION immediately regressed to the mean.

Still, with how wildly unpredictable the LCK has been as a whole this split, we’re a bit hesitant when it comes to reactionary moves in the rankings. If anything, we’re waiting on some serious contenders to rise from the ranks and prove their worth to the rest of the league. Nearly halfway through the Summer Split, just a handful of teams stand out as bonafide studs, while the rest of the field is still finding its way. There are still plenty of matches left to play, though, and any one of the LCK’s contenders could go on a backbreaking run through the second half of the split. Here are our LCK Power Rankings after four weeks of play in the 2021 Summer Split.

It feels a little unfair to lump Hanwha Life in with DRX this week considering that Hanwha Life posted a 2-0 record in this past weekend’s games, while DRX went yet another week without recording a win. If anything, these two teams are clearly on opposite paths. Hanwha Life, despite not moving this week in our rankings, is in prime position to gather more momentum and take a huge leap next week with some make-or-break matchups against KT Rolster and DWG KIA on the horizon.

As far as DRX goes, though, we can pretty much stick a fork in their season. The team looked to pick right back up where it left off after their 2020 campaign earlier in the year, but since the midway point of the Spring Split, DRX has been practically invisible. The team has a league-worst three game wins on the split, and still hasn’t managed to pick up a match since the start of the summer. In fact, the team’s winless streak goes back even further, considering they ended the Spring Split on a six match losing streak.

DRX’s 14-match-long streak is the longest active streak of its kind in the world, and is quickly creeping on Rogue Warriors’ 19-match-long losing streak in the LPL (which was broken last week). DRX’s losing ways date back to March 7, when the team recorded a 2-0 victory over Fredit BRION. Those two teams will close out their first respective trips through the Summer Split’s round robin when they face off against one another on Thursday.

On the outside looking in: T1, KT Rolster, Fredit BRION

Oh dominant Fredit BRION, we hardly knew you. But, hey, even though BRION didn’t blow through their portion of the schedule this past weekend like they did the week prior, we’re not jumping off the Fredit Express just yet. The team faces matchups with the league’s worst squad, DRX, to kick off this week, as well as the equally-matched-and-very-beatable KT Rolster to close out this week’s slate of games. We’re not saying that you should be betting it all on BRION, but don’t lose hope in these playoff hopefuls just yet.

In regards to T1 and KT Rolster, the two teams met in another installment of the “Telecom War” this past weekend, with T1 winning a largely sloppy contest by way of a 2-1 scoreline. Still, the rivalry holds far less weight when both teams look as desitutely mediocre as they do in their current forms.

This season, the LCK is getting thrown a massive bone as the league is receiving four berths at this year’s World Championship. T1 and KT both have enough individual talent lining their respective rosters to clinch a top four seed this split, but it’s going to take a seriously impressive stretch of games in the second half of the summer to comfortably secure one of those berths. On paper, both of these squads should be, at the very least, in the discussion for a trip to Worlds. Right now, though, we can’t help but wonder whether or not dark horse teams like Nongshim RedForce or Afreeca Freecs will swipe those tickets to China right out from under the teams that seemed like a more favorable choice to secure them a few weeks ago.

Man, the top half of the LCK sure looks a lot different from the Spring Split. As opposed to seeing mainstay names like T1, KT Rolster, and DRX line the “playoff contender” section of our rankings, fans are being treated to a truly topsy-turvy landscape in Korea. Teams like Nongshim, Sandbox and Afreeca were all painted with a broad brush coming into the Summer Split, as expectations surrounding the three squads were understandably low. The three teams posted a combined 20 wins throughout the Spring Split, while Nongshim, Afreeca and Sandbox have already totaled up for 15 victories just four weeks into the Summer.

This week, all three of these squads will face off against either each other or another playoff contender such as DWG KIA or T1. In an all-or-nothing week to close out the first half, we might be finally able to get a true temperature reading on how good these three squads really are, and more importantly, if they can stay this strong up until the finish line.

We know what you may be thinking: “Well, if DWG KIA beat Gen.G, why aren’t they ranked first?” Well, the answer is a bit more convoluted than you might think. DWG KIA has looked shaky all split, and Sunday’s win over Gen.G could very well be a fluke win for a struggling team. On the flip side of that conversation, Gen.G’s loss to DWG KIA could easily be a fluke loss for a team that’s looked dominant since the jump this summer. There’s still two games separating Gen.G and DWG KIA in the LCK standings, so we’re not totally prepared to flip them back to where they were in our rankings a few weeks ago.

But, that doesn’t mean we’re not taking this week’s game into account. Holding the head-to-head record over their biggest rival is a huge boon in DWG KIA’s favor. And it’s not like DWG KIA simply beat Gen.G, they smoked them. DWG won each game by an average gold differential of 9,500, while almost doubling up Gen.G in the kill department by a score of 41-21 over the span of the two game series.

If DWG KIA are able to use Sunday’s win as a springboard and potentially go on a streak that rivals their run through the Spring Split, the team could get back to its top position in the near future. Also, when one considers the team’s main roster looks to be back together, and roster swaps are a thing of the past for DWG KIA (at least for now), there could be more victories like Sunday’s on the horizon.