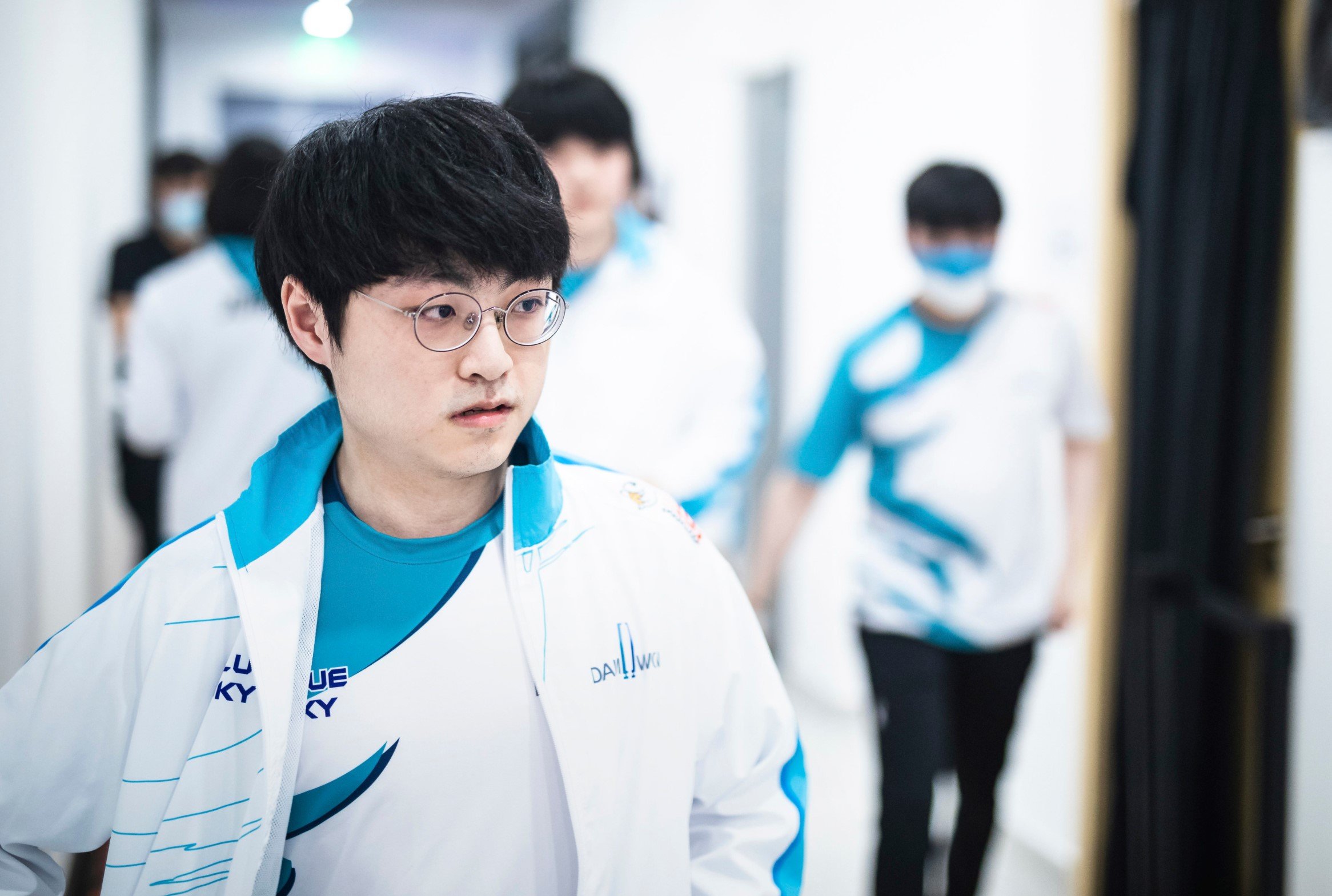 Three weeks of play have come and gone for the LCK. And with the league’s tiers of talent becoming more and more consistent on a weekly basis, it wouldn’t be totally surprising to see the LCK’s current standings remain largely intact throughout the remainder of the Spring Split. Certain teams, especially near the top of the league, have laid a successful and consistent foundation at this point in the League of Legends season.

Now, with a full third of the Spring Split in the rearview mirror, the conversation surrounding the league’s playoff picture is beginning to stir. Before long, the LCK’s Spring Split will be at its halfway point and the teams that are on the outside looking in will start to have an even tougher time breaking the mold.

Looking up at the field: Fredit BRION, Liiv Sandbox

After three weeks of play, Fredit BRION and Liiv Sandbox look like they’re going to be holding down the bottom of the LCK for the foreseeable future. With records of 1-5 each, these two teams have a lot of ground to make up before they can be considered serious contenders.

Fredit BRION, specifically, showed signs of promise last week when the team took down defending world champions DWG KIA. But since then, BRION have gone on a three-game slide that’s ushered the squad directly into a share of last place. If they’re going to quickly jump back into the conversation and prove that their week two win against DWG was more than a mere fluke, BRION are going to have to make the most out of next week’s uphill battles against KT Rolster and T1.

The middle of the LCK is represented by a large cluster of teams all looking to prove that they belong in the same conversation as the league’s genuine contenders. There’s six available slots in the Spring Split playoffs and only four teams really look to be a cut above the rest of the field. It’s almost a given that two of these four remaining teams will take up that extra space in the playoff discussion. But if they want to be more than afterthoughts, they’ll have to amp it up between now and the end of the split.

Afreeca have made strides toward improvement after taking up space at the bottom of last week’s rankings. The team stands out as the only squad with a match record of 3-3 but a positive game record at 7-6. Those marks would be good enough to get Afreeca into the playoffs by the skin of their teeth if the split were to end today. But if they really want to make a lasting impression, Afreeca will have to continue to post 2-0 weeks like they just did.

T1, in particular, have hit a few bumps in the road over the course of the last three weeks. With a record of 2-4, the preseason darlings of the LCK are staring up a mountain of teams above them in the standings.

But if there’s any good news for T1, it’s that the team’s win-loss record might not tell the full story. While T1 are just one of three teams in the LCK with a losing record, it’d be unfair to say that they aren’t keeping things close with some of the league’s top competitors when given the chance. All four of T1’s losses have come against some of the LCK’s strongest contenders—DWG, Gen.G, Hanwha Life, and KT Rolster. Each one of those contests resulted in a 2-1 loss. If a few games, not even matches, against Korea’s strongest squads can start going in T1’s direction, they can certainly begin climbing back up the rankings.

The three-way share of second place in the LCK between these squads highlights the top half of the league as playoff discussions begin to stir. With a third of the Spring Split already in the books, these three teams have made a strong case for themselves during their first six matches. If the split were to end today, they’d all be clear-cut playoff locks.

Gen.G and Hanwha Life both sport two of the strongest on-paper rosters in the world, with talent exuding from all positions—especially the solo lanes. Well-established players like Ruler and Deft haven’t lost a step coming into 2021, and throughout the course of the season, they should be able to continuously propel their respective squads into contention. Both of these teams were knocked down a peg after losing pivotal matches to DWG KIA last week, but they should still have enough juice to bounce back and stay relevant.

DRX presents a more interesting case when it comes to contention. Although they’re just one match out of first place, it’s still up for debate as to whether the team’s roster will be able to keep developing a sense of synergy on the fly as it has been. DRX’s largely unproven squad has been making waves against some of the quieter teams in the LCK—they’re yet to beat an opponent with a winning record this season. But this week, fans should expect to get an up-close look at DRX. High-leverage matches with Gen.G and DWG KIA will prove whether DRX’s early-season run to the upper tier of the LCK has any weight behind it.

For weeks, DWG KIA and Gen.G stood atop the LCK side by side. But when DWG managed to topple over Gen.G this past week, the defending world champs solidified themselves as the definitive best team in the LCK. Any questions surrounding the team’s ability to defend their title of “best team in Korea” during the early portion of the season were thrown out the window when DWG took sole possession of first place in week three.

Now, with just a dozen matches to go until the playoff picture is set, DWG appear to be pulling away from the crowded field. Just three weeks into the season, it shouldn’t be surprising that DWG KIA are already eyeballing another LCK title, while the franchise’s star mid laner ShowMaker (and his league-leading 7.0 KDA) has his sights set on another MVP trophy.

If DWG can continue to establish dominance over other high-end contenders such as Gen.G and Hanwha Life, both of whom they beat this past week, there shouldn’t be many questions regarding their place in the standings.