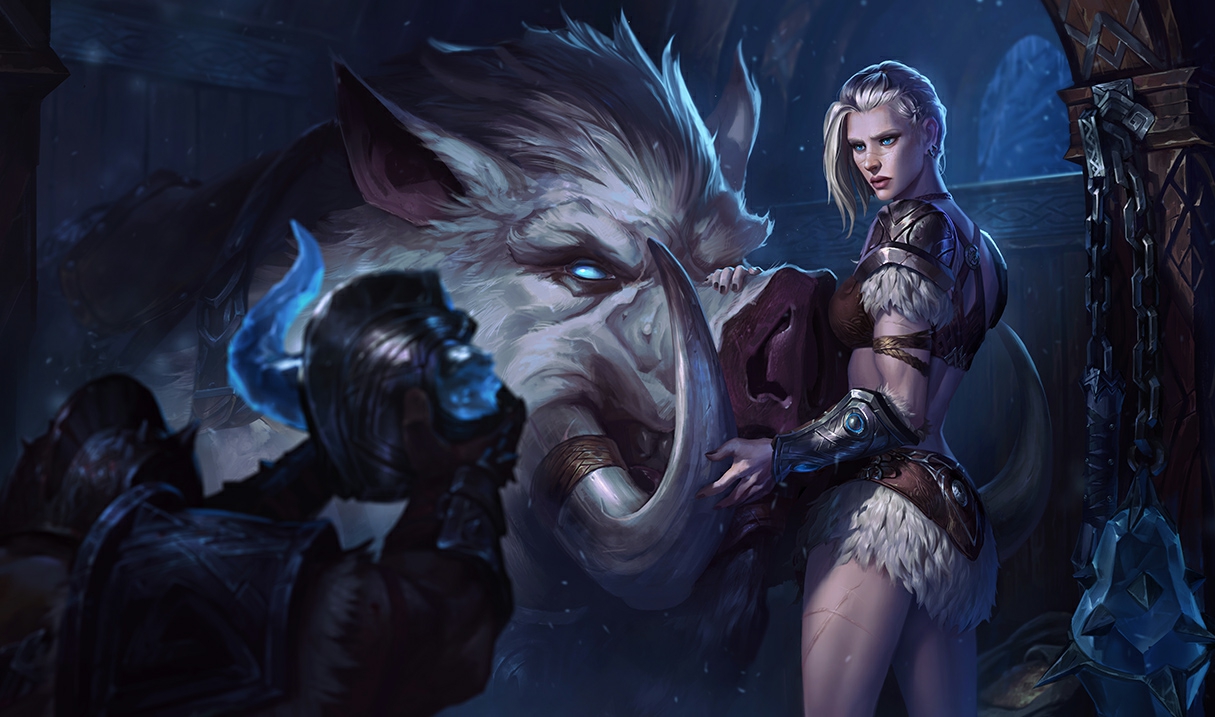 A lot has changed about the LCK in 2018. The highest level of competitive League of Legends has seen two teams change names, including world champs Samsung Galaxy who are now known as KSV Esports. Over 49 games we’ve seen a massive variation in lineups, supports role-swapping to jungler, and a whole host of champions hit the Rift.

The one constant? Sejuani. The boar rider has been firmly at the top of the competitive jungler meta since the latter half of 2017 and there’s no signs of her reign ending. In 49 LCK games, she’s the only one that’s made an appearance in every single one.

Most of those appearances have been bans. Sejuani provides little early game pressure though. Her damage is fine, but not extraordinary. She has a boatload of CC, but so do many tanky jungle champions. What then has Korean teams so scared that in a big majority of matches, they’d rather not see her?

One obvious answer is the poke-based scaling meta that has taken over League. Poke champions, especially in the solo lanes, are extremely overpowered right now owing to runes like Arcane Comet and Summon Aery. Combined with the Perfect Timing rune that gives user a free stopwatch near the beginning of games, the poke meta has led a comeback of scaling picks like Azir, Ryze, and Gangplank.

These champions don’t need early pressure from someone like Kha’Zix or Evelynn. They just need vision, safety, and late game engage that takes advantage of their kits. That’s exactly what Sejuani provides. In a way, Sejuani is a true test of a jungler’s intelligence. Other champions like Lee Sin require more astute mechanics. A Sejuani player is rewarded more for knowing where to be. Mechanics can’t save a Sej player that lets the lanes fall apart.

In that context, Sejuani is the perfect champion for Korea. Rather than a singular strength, her kit is better known for not having a major weakness. She’s super safe in the early game, and relatively hard to bully out of her own jungle. She’s a strong counter ganker with multiple forms of lockdown that can be used to gank overextended lanes. And her ultimate is a rare long-range source of CC that doesn’t put her in harm’s. That means she can ult a fight, stick around just long enough for her carries to kill everyone, and still get out with enough health to take objectives like Baron and Dragon.

Above all, Sejuani sacrifices so the team can win. That’s why Sejuani epitomizes how Korean teams have grown to think about League. The jungler is their to support the top and mid lanes. The concept of a true “solo” lane is foreign in Korea. Since experience changes last season nerfed counterjunglers, Korean junglers have gone all-in on this lane-centric style.

It’s not that Korean junglers don’t play carries. They do—Graves, perhaps Sejuani’s stylistic opposite, was heavily played last year in the LCK when the meta revolved around carries. But junglers in Korea tend to be more flexible with how they view the game. And Sejuani fits the Korean meta better than any other champion.

Champion stats via Games of Legends.