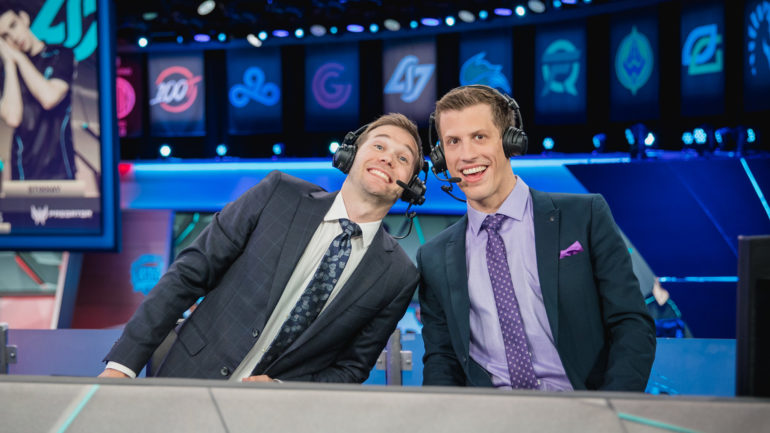 Sam “Kobe” Hartman-Kenzler, one of the most recognizable personalities in the North American League of Legends scene, has announced he will begin working on other projects outside of Riot Games.

To reflect this change, he has changed his Twitter handle from @RiotKobe to @esportsKobe. Despite the announcement, though, Kobe said he will still be working full-time on with the LCS.

Kobe has been apart of the LCS as a caster and analyst since 2012, but before that, he was actually a pro League player for popular organization Counter Logic Gaming. He played for CLG as their starting jungler alongside players like George “HotshotGG” Georgallidis, Michael “bigfatlp” Tang, Steve “Chauster” Chau, and other now-retired pros.

After his short stint as a professional player, Kobe became one of the best and most well-liked shoutcasters for Riot Games. In the past seven years, he has worked alongside other North American casting talent like David “Phreak” Turley and Clayton “CaptainFlowers” Raines.

The 33-year-old has shoutcasted multiple big events in the League of Legends competitive scene, including multiple Mid-Season Invitational and many World Championships. He also hosts two shows—The Dive, which is a League-related podcast, and This or That, which is a fun little show where he is joined by CaptainFlowers to discuss different topics around the league.

Kobe isn’t the only popular Riot personality that has decided to work on other opportunities outside of Riot—Eefje “Sjokz” Depoortere, a host for the LEC, has also taken other projects outside of the league. Martin “Deficio” Lynge even ended up taking a coaching position with Origen in November 2018.