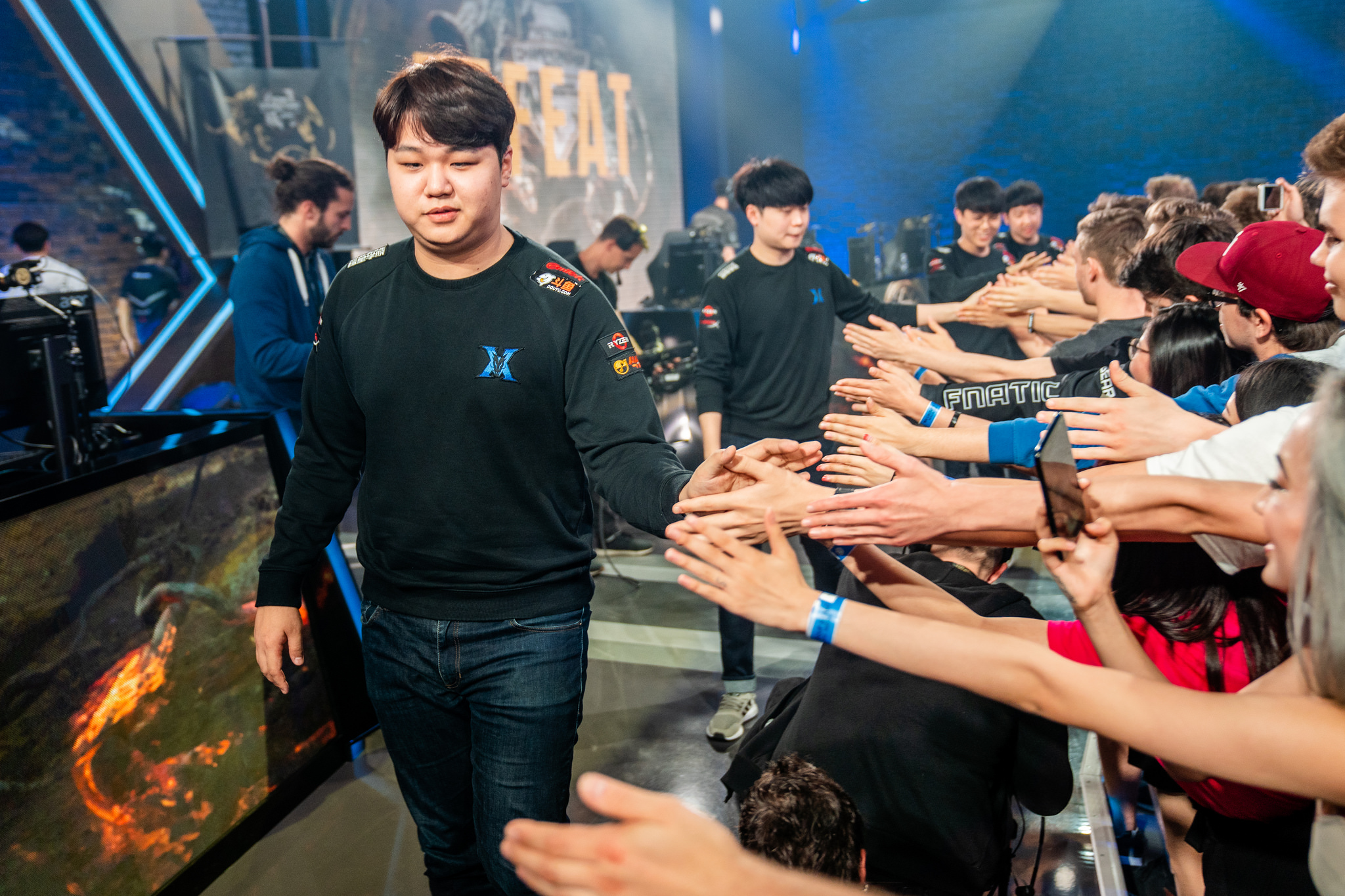 Heading into the final day of the 2018 League of Legends Mid-Season Invitational group stage, all but one of the possible slots for the knockout stage were still up for grabs. The LCK’s KINGZONE DragonX just locked into one by destroying Fnatic.

This is fantastic news for any fans in North America, because it means Fnatic has the same number of losses as Liquid. That puts Liquid’s far-fetched dream of qualifying for the next stage within an arm’s reach. Unfortunately for fans of the LPL or EU LCS, it also means that Royal Never Give Up and Fnatic are one step closer to being knocked out, too.

KINGZONE’s MSI run was looking shaky at best throughout the first few days. Coming into the tournament, most analysts predicted they’d be untouchable as clear favorites to win the tournament. Chinks in their armor began to show, however, as they abandoned the usual carry top laners on world class top laner Kim “Khan” Dong-ha and subbed out starting jungler Han “Peanut” Wang-ho.

As it turns out, though, a struggling KINGZONE is still good enough to qualify for semifinals before all teams in the tournament except for one. That’s not great news for any team that is pitted against them when the time comes.

Today, KINGZONE’s struggles looked to be a thing of the past. Sub jungler Moon “Cuzz” Woo-chan landed a comfort pick in jungle Camille, as did Khan on Gangplank in the top lane. Despite dropping some kills early on, this squad very quickly identified their win condition—group up—and decidedly crushed Fnatic to get revenge for their loss to the kings of Europe earlier in the stage.

Not only has KINGZONE qualified, but they also have hope to pass the previously undefeated Flash Wolves for the first seed, who now have a couple of losses. They play against one another later today.