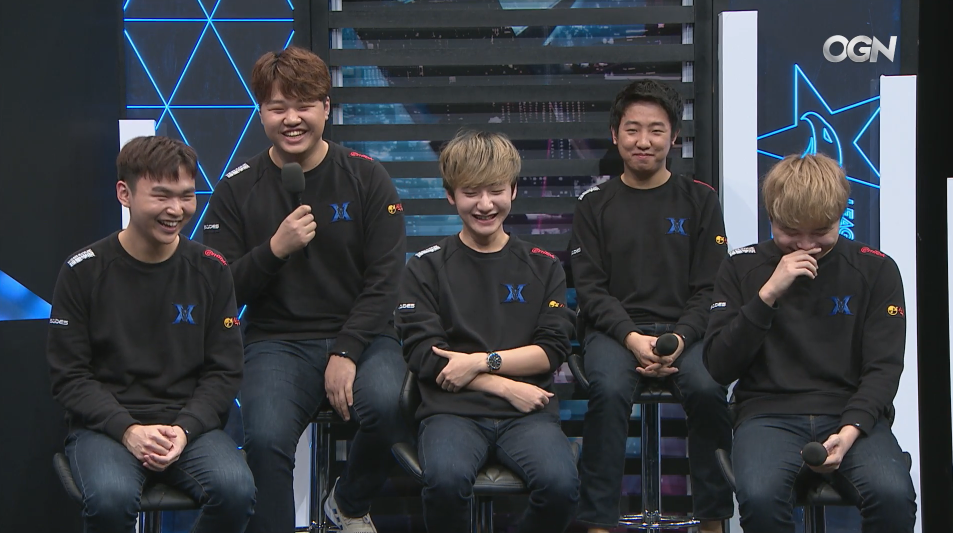 KINGZONE DragonX patiently waited nine weeks to get their revenge against KSV Esports in their final match of the LCK Spring Split.

Over the course of this Spring Split, KINGZONE’s regular season dominance was reminiscent of 2015 SK Telecom T1. But there was one team in the league who had yet to feel this dominance: KSV. KINGZONE, who were forced to face KSV with their substitute top laner in week one due to Kim “Khan” Dong-ha’s suspension, were defeated in the Spring Split’s opening match.

Two months later, and with their strongest roster ready to play, KINGZONE showed KSV why they’re such a feared team.

KINGZONE’s ability to early skirmish was on full display in game one. KSV weren’t ready for KINGZONE’s early dives with Gwak “Bdd” Bo-seong’s roaming Taliyah, and as such, they fell all around the map. KINGZONE became unstoppable, as KSV couldn’t contest any objectives with Taliyah Weaver’s Wall in their face—and they lost their Nexus soon after.

But KSV, determined to make playoffs, gave it their all in game two—and it paid off. KSV mid laner Lee “Crown” Min-ho, who now wielded Taliyah, had one of his best performances of the split in game two. Crown built an early lead off two-vs-two skirmishes with the help of his jungler Kang “Ambition” Chan-yong, and he began to control the map in a similar fashion to Bdd in game one.

KSV had done the impossible—they snowballed their lead against the fearsome KINGZONE. And unlike past performances this split, KSV won the game with minimal mistakes.

After moving one game away from qualifying for the playoffs, KSV rode their momentum into game three. And surprisingly, KSV kept pace with KINGZONE’s macro play. Although they faced a kill deficit, KSV were tied with KINGZONE in gold through clever objective trades.

But there’s a reason KINGZONE are first in the league. One slight mistake by KSV was all it took for KINGZONE to find an ace, and take the Baron. KINGZONE, who quickly surged in gold and power, easily closed out the match to earn their final win of the regular season.

While KINGZONE already have their spot in the Spring Split finals confirmed, KSV’s playoff hopes now rest on the performances of ROX Tigers and SKT.