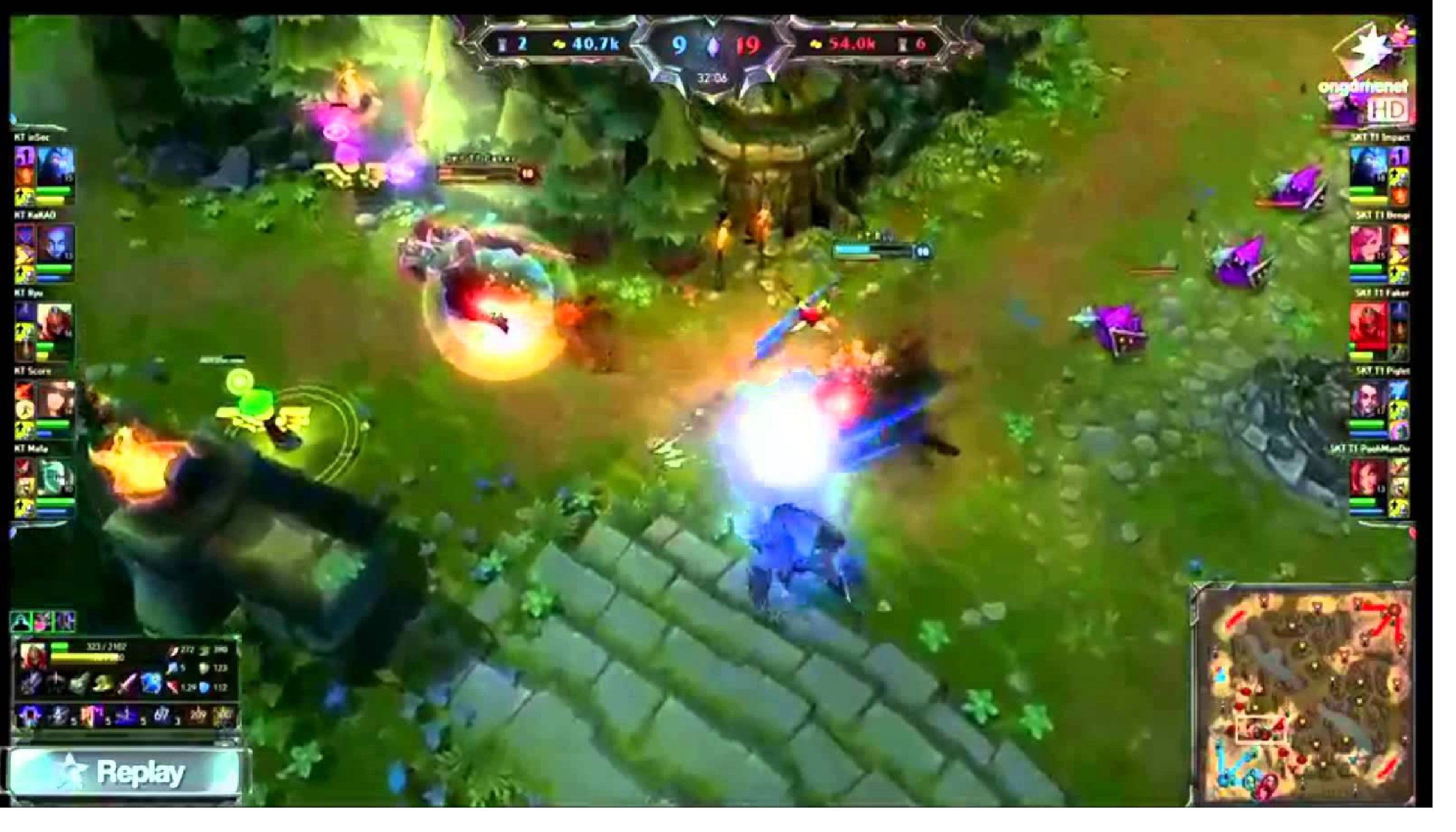 While the finals of the LCK Summer Playoff was widely anticipated as a close series between SK Telecom (SKT) and KT Rolster (KT), it was not to be.

Both teams looked great coming into the series, with SKT going 17-1 in the regular season losing only one set to CJ. Meanwhile KT came off a thrilling semifinal 3-2 win over the KOO Tigers, hoping for a win to qualify for the World Championship while avoiding the gauntlet. With high stakes on the line, many were hoping for a repeat of the 2013 Summer Finals, where SKT pulled off a 3-2 victory over KT Rolster Bullets after going down 0-2 in the first two games. The intense 5 game series ending with a blind pick game 5 placed Faker’s Zed against Ryu’s Zed, leading to an amazing outplay that propelled Faker to fame and SKT to the World Championship while leaving what some called the second  best team at the time without a spot at worlds.

Alas, history did not repeat itself and a dominating SKT swept the series 3-0 to become the champions of Korea.  Star Mid-Laner of SKT Faker destroyed KT with amazing performances on Azir, Diana and Riven while Season MVP Ssumday failed to lead KT to a single victory, instead getting outlaned, out-csed and overall outclassed by his counterpart Marin.

SKT opted for an Azir first pick for Faker, a pick more known for being one of Eazyhoon’s signature champions . Meanwhile, KT surprising picked a dive composition with Vi, Leblanc and Gnar. Vi and Leblanc were not known as popular picks and the Leblanc nerfs made her easily countered. An Ashe for Bang gave SKT their own form of initiate and comfort picks Maokai, Elise and Alistar rounded out SKT’s composition while Corki and Braum closed out KT’s.

KT acquired an early advantage with early kills and Marin surprisingly dying in lane against Arrow and Piccaboo. However, an ill-advised dragon call allowed SKT to stroll into the river and take the dragon and the fight while an uncoordinated KT failed to follow up on Ssumday’s ultimate. SKT subsequently took multiple towers while choking out KT of their own jungle as a gank on Faker went terribly wrong. A brilliant 5 for 0 teamfight in favor of SKT at 28 minutes sealed the deal, with Faker surviving the initial burst to zone out KT together with Marin. SKT then went on to take baron, towers and eventually the game.

Everything went wrong for KT from the draft onwards. Faker took Diana, a pick Nagne used in the previous series against KOO Tigers together with Ssumday’s Fizz, preventing a 1-3-1 split push that KT favored. The pick for Ashe for Arrow was also questionable, with few meaningful targets for her ultimate. SKT also picked Malphite and Kennen to run a double teleport composition with extremely good engage.

8 Minutes into the game, KT jumped on what looked like an easy First Blood in the form of an exposed Faker but a re-engage by Marin’s 4-man Malphite ultimate while the rest of SKT arrived allowed them to take 5 kills for 2 with a three thousand gold lead 10 minutes in. Things just went downhill for KT from that point as SKT took multiple fights easily and Faker acquired multiple solo kills on virtually every member of KT. With an eventual 20k gold lead, SKT easily ended the game 27 to 8 kills at 30 minutes.

This was perhaps the most surprising, exciting and closest game of the series. Faker brought out Riven, a champion he had not played competitively for two years. KT took the newly reworked Gangplank and Cassiopeia.

A dive by SKT up top went wrong as Bengi on Elise failed to dodge the tower shot and traded one for one with Ssumday. Another failed dive a few minutes later almost ended with him giving up a second kill but finally finished with everyone backing off. 6 and a half minutes in, Faker showed why his Riven is so feared by dodging the Cassiopeia Ultimate by turning backwards after flashing. SKT then had yet another uncharacteristically bad gank by giving up 3 kills for none in a feeble attempt to kill Arrow.

Kills and objectives were traded across the map with both teams relatively even in gold before a nice teleport engage by Marin allowed SKT to take a 5 for 1 teamfight and a subsequent baron. Multiple Ashe arrows then allowed SKT to make picks on to high priority targets before pushing for the win.

While the finals was indeed an exciting albeit relatively one-sided stomp, it was more of a highlight of the individual gap between Faker and Nagne with Faker going a combined 20/5/14 in the three game series. Ssumday also underperformed significantly, having bad teleport engages and losing heavily to Marin in terms of cs. The series also showed various unconventional picks, especially Vi and Leblanc in game 1 and Riven in game 3 with varying degrees of success. Overall though, KT significantly underperformed and failed to show up in a series predicted to be extremely close. They will have to step up their draft and coordination if they hope to make it to Worlds through the gauntlet.