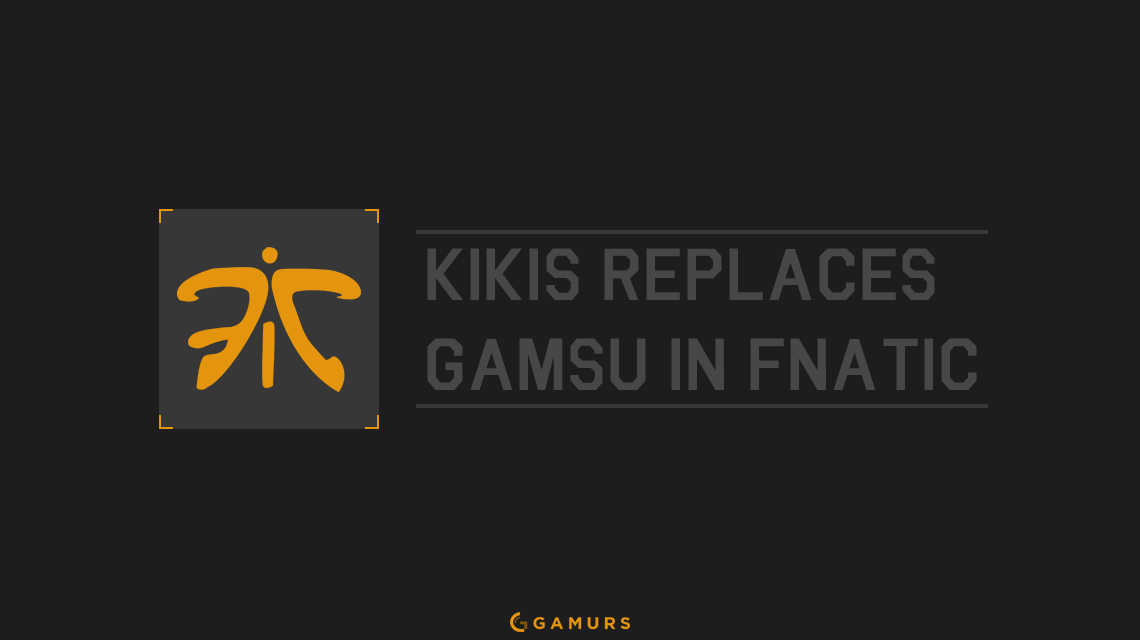 The top two teams in the European League Championship series have both made roster changes halfway through the 2016 Summer Split, starting with G2 Esports, the current league leaders, as they announced the departure of their top laner Mateusz “Kikis” Szkudlarek.

According to the official G2 press release, Kikis expressed his interest in stepping down from G2 as early as week three of this split, so the team respected those interests and moved him to the bench after the first two weeks of play. Some of what Kikis had to say regarding the move can be read below:

“It was a pleasure working in such a great environment as the one that G2 provided me. I will miss working with the team and with everyone from the staff…”

Included in the G2 announcement was the fact that Kikis had been traded to another team for what G2 described as an “undisclosed fee.” Around the same time this news broke, the second place team in the standings, currently Fnatic, announced their change, which involved the former G2 top laner.

Yeong-Jin “Gamsu” Noh, a Korean player, has been released from Fnatic after playing with the organization for seven months. Gamsu joined his fellow South Korean player and jungler Dayun “Spirit” Lee. Fnatic’s reasoning behind the change was described as “…our organizational goals, and ideals are not aligned…” in the team’s announcement posted to their website on July 12.

Here is where former G2 top laner Kikis comes into play. In the same article that made the departure of Gamsu public knowledge, Fnatic also announced the acquisition of Kikis. The team said that they are confident Kikis can bring “… a new dimension and extra energy to the team…” It would appear that Kikis will be sharing play time in the top lane for the time being with current Fnatic substitute Jorge “WerlyB” Casanovas. Fnatic said this pair will “… work together to ensure that we are in the best possible state come playoffs.”

Gamsu was the only Fnatic player, besides support Bora “Yellowstar” Kim, to not have scored over 400 fantasy points total this split, trailing all Fnatic players with just 375 points up to this point. Excusing their terrible week five performance, Fnatic has been very consistent and strong in their performances, so it will be interesting to see how this move pans out for both sides.