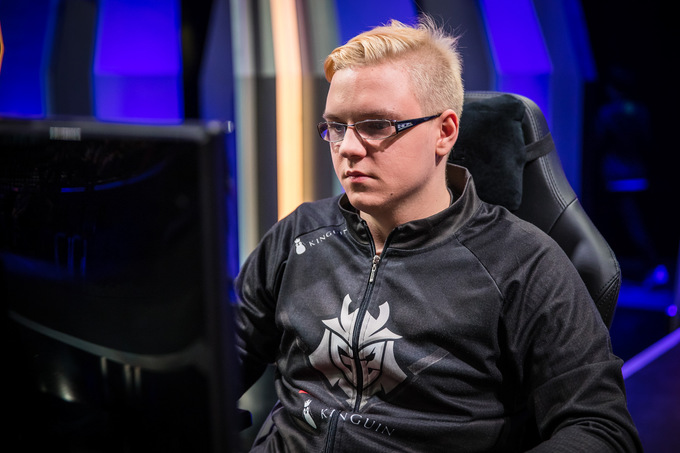 G2 Esports may be at the top of the EU LCS ladder, but all is not well with the team. After nearly 12 months with G2, top laner Mateusz “Kikis” Szkudlarek has stepped down from the starting position, according to a statement from the organization.

Kikis joined the team in July 2015—then called Gamers2—and helped the Spanish organization qualify for the LCS. In their first season, the 2016 Spring split, G2 topped the regular season table and defeated Origen to win the Spring playoffs.

For the Summer split, G2 added Ki “Expect” Dae-han to play the top lane alongside Kikis as part of a six-man roster.

According to the G2 statement, this did not sit well with Kikis as the season began.

“After initially agreeing to a six-man roster for the Summer Split,” the statement says. “[Kikis] tried to impose an early ultimatum that essentially forced us to choose between him and [Expect] for the top lane position altogether. We were not comfortable going against our word and agreement with Expect and the team.”

The organization goes on to say that Kikis then decided to move himself to a substitute role for the remainder of his contract, which expires in November. As a result Expect will be the full time starting top laner from next week onwards.

Despite their initial success in the Summer split, G2 were criticized for a poor performance at the Mid Season Invitational. The team claimed they opted to allow their players to have time off instead of practicing for the event.