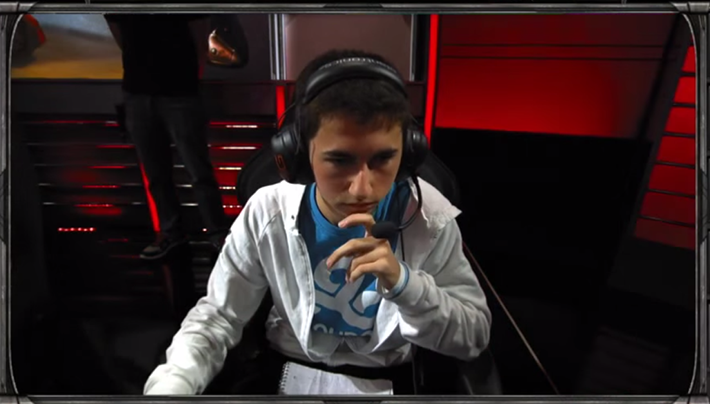 For the first four weeks of the NA LCS, Winterfox was unable to play with their starting support, Imagine, due to Visa issues. Hoping to play on their old synergy from their Cloud9 Tempest days, Winterfox brought back Altec’s old bot lane partner Gleebglarbu to sub for Imagine. To many fans, this looked like a very risky move on Winterfox’s part. While Gleeb has always shown flashes of talent during his time in competitive play, his career has mostly been defined by a series of lows. His inability to become the consistent support TSM needed led to his benching for Korean import Lustboy, who is now starring for TSM. (For fans unfamiliar with Gleeb’s time on TSM, I did an in-depth video interview with him here.) Likewise, his poor playoff performance issues played a large part in Fusion’s disappointing reverse all-kill loss to Team Coast in their bid to qualify for the last LCS spot.

However, Gleeb’s second, albeit brief, stint in the LCS has been a very pleasant turnaround from his admittedly weak form. Although Winterfox as a team only managed to tread water at 4-4, Gleeb’s own play was not just decisive but also showed many hopeful signs about his possible future as an LCS starting caliber support. Let’s take a look at how Gleeb’s game has transformed and what tweaks may lead to even further improvement.

It may come as a surprise to many fans that Gleeb has been playing competitive LoL for over 2 years now (he began playing in the Challenger scene during Season 3.) Unfortunately, his own unrefined playstyle has played a big part in this perception. One of the most problematic things about Gleeb’s game was his own lack of a distinctive playstyle. It’s hard for even his biggest fans to name one aspect of his game that Gleeb excelled at or even one of his signature champions. (The closest he has to signature champions are probably Thresh or Nami.)

From Gleeb’s own statements, it’s clear that he regards himself as an aggressive laner and a playmaking support. We haven’t seen much aggressive laning from Gleeb, but a big part of this might because he has spent the majority of his career playing with passive laners in Altec or WildTurtle. However, even when he did play with an aggressive partner in Nientonsoh on Team Fusion, Gleeb still looked extremely hesitant and reluctant to take risks. This same reluctance seemingly expanded to his time out of lane, when Gleeb was haunted by inconsistency. His best plays showed he had the mechanical prowess to become a solid role player or even a star support, but he would more often fall into passivity or even outright feed in failed attempts to create action for his team. One of Gleeb’s biggest problems was his tendency to get counter-ganked or counter-initiated on.

During this Winterfox stint, Gleeb’s actions were much more decisive and he began flashing the aggression and killing power that he always wanted to bring into LCS games. Although he still played a fairly passive lane (perhaps due to working with Altec) he was much more aggressive and successful while making plays. In particular, his ability to find picks and start favorable engages was particularly instrumental to Winterfox’s victories. Fans may remember his first flash onto Keane’s Azir in the mid lane that began Pobelter’s snowball in their upset win vs. Gravity – it was a sharp turnaround from his usual hesitant form. A big part of this may have simply been a greater comfort level with either his teammates or the LCS stage. Gleeb had admitted that a big part of his mixed gameplay came from nerve issues. Perhaps more LCS experience or simply a lower stress situation as a substitute is what allowed him to shine.

If this improved play is a permanent improvement, Gleeb can easily become a valuable LCS starter. Good pick potential is key to becoming a valuable support player, and not many Western supports understand how to find those catches without overextending themselves on their fragile champions. While scoring picks is a basic, the ability to engage is even more valuable – scoring engages from the support role alleviates a great burden from the jungle and top positions and allows those players to branch out to damage or peeling roles. (Interestingly, Gleeb’s predecessor on TSM, Xpecial, is almost certainly the best in Western history at this role.) This rare ability will allow Gleeb to fit on many teams looking for improvement at the support position.

The Man without a Home

For a long time in his career, Gleeb has been unable to find a permanent home. A quick glance at his Leaguepedia page shows a whopping 13 teams played for since joining his debut in the Challenger scene. (He played as a top laner for two of those teams, and was a substitute for two others.) Perhaps this mindset has translated into his actual gameplay, because one of the key aspects of his time on Winterfox were his devastating roams.

On his two most notable prior teams, Gleeb generally did not focus on snowballing the mid lane. While Bjergsen is indeed the star of TSM, a big part of the team’s strategies involved a late-game carry from WildTurtle, so Gleeb generally stayed bottom to protect his laning partner. Likewise, Altec was the primary star of C9T. While Gleeb was once again playing with Altec, the different context of playing with Pobelter meant that roaming mid to secure kills for the Winterfox star was a priority. This actually synergized very well with Altec’s own style. Altec’s tendency to simply allow the lane to shove into tower and last hit meant that Gleeb could freely move around the map. In most of Winterfox’s wins, Gleeb’s early pressure was instrumental to establishing an early lead for a team with mixed success in late-game shotcalling situations.

Once again, intelligent roaming is a skill that newer supports often struggle to master. While Gleeb probably can’t be called a rookie support anymore, his roaming game was definitely one of his weaker aspects. A strong roaming support synergizes with strong mid laners or junglers that can establish strong vision control and/or remain present to help the AD Carry in 2v1 all-in situations. Once again, this is a useful skill that not all support players can bring to the table.

While Gleeb did do a great job of roaming for kills, one area he can improve on is either directly roaming for vision or restructuring his roams to give his team vision while in the process of roaming for kills. As I touched upon earlier, one of Gleeb’s biggest problems throughout his career has been that his aggression is often turned back upon him, especially in the form of a countergank. Superior vision control will not only help Gleeb’s team with strategic decision-making, it will supplement Gleeb’s own strengths of finding picks and engages. Better vision is key to helping one team get the drop on their opponents.

During his time playing for Winterfox, we have seen a new and improved Gleebglarbu. After he finished his stint subbing for Winterfox, Gleeb noted that he is now looking for a new team. If he can keep up this higher level of play, he deserves to make his way back into the LCS.