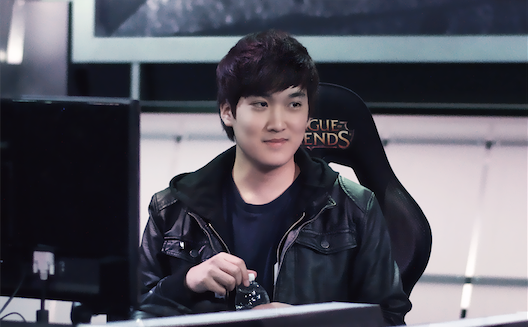 This split of the NA LCS, Keane has failed to pick a single meta champion. In addition to 3 games on his beloved Urgot, the eccentric Gravity mid laner has played Jarvan IV, Fizz, Malphite, Twisted Fate, and Rumble. Of those 6 champions, only Twisted Fate is anything close to popular. In addition to those champions, Keane is infamous for a pocket Hecarim pick which he saves for melee assassin match-ups.

In a metagame where mid laners are expected to act as primary damage dealers on champions like Cassiopeia, Azir, or Viktor, Keane has gone against the grain. Although his all-in picks are technically the counters to the popular DPS and poke champions, the Oceanic import has received a lot of criticism for his bizarre champion pool. While it’s difficult to predict how Gravity would play alongside a conventional mid laner, its undeniable that this mid laner with a top laner’s champion pool brings undeniable value to the dark horses of the North American LCS. With his mastery of off-meta engagers, Keane consistently shuts down his opponents while demanding fewer resources than any other mid laner in the region.

One of the most interesting statistics to measure carry effectiveness is damage per minute, as it helps remove the length bias of games.Mid laners have been the highest source of damage per minute this season, and every team but Gravity and Liquid are led in damage per minute by their mid laners. (And even though FeniX falls behind Piglet, he still finishes in the top 10 of North America.) The average NA LCS mid laner deals 640.69 damage per minute, but against Keane they deal a pathetic 465.5. Gravity’s games last an average of 37.5 minutes, meaning this difference totals to a deficit of 6569.63 damage in a total game. Keane’s ability to prevent opposing damage is clearly reflected in his team’s overall ability to avoid taking damage. GV takes less damage per game than every team but Team Impulse. While game length may play a factor in these low damage counts, the mid laners on teams with comparable game times (XiaoWeiXiao, Incarnati0n, and Slooshi/Goldenglue) find themselves completely unable to rival Keane’s ability to shut down his opponents.

Even when we compare Keane against the next most effective damage preventing mid laners we see a huge gap. Keane is the only player who holds opponents to under 500 damage per minute. Disregarding Goldenglue’s mark due to the small sample size, we see that Keane still prevents nearly 100 more damage per minute than the second most effective mid laner, Fenix, a well-known lane bully. The only other players who hold opponents to less than 600 damage per minute are XiaoWeiXiao and Bjergsen, who many consider the two best mid laners in the region.

A large part of Keane’s success must come down to his all-in champion pool. All of Keane’s champions are either tanks or assassins, classes which counter the popular mages that occupy the mid lane. The simple threat of a Malphite or Jarvan ultimate is enough to keep enough the bravest mid laner from stepping forwards. At the same time however, these picks unfortunately prevent Keane from dealing damage of his own. In addition to holding his opponents at the lowest number in the NA LCS, Keane also deals the least damage of all mid-laners in the league. Clocking in at 456 damage per minute, Keane is also the only North American mid who averages less than 500 damage per minute. However, this statistic disregards a key feature.

If we compare Keane’s damage count to his gold share, he is in fact exceeding expectations. In comparison to top laners, Keane’s “low” 456 damage per minute mark would put him in front of well-respected veterans like Impact of Dyrus. Normally, it isn’t ideal for a mid laner to deal the damage of a top laner, but the reason it isn’t a big deal for Gravity is because they send their resources elsewhere. Altec and Hauntzer lead their roles in Gold Share, and have been richly rewarding Keane for his selflessness. Altec leads all AD Carries in Damage Per Minute, and Hauntzer finishes a close second behind ZionSpartan in Top Lane Damage Per Minute. These strong performances from his teammates may suggest that Gravity’s knack for shutting down mid laners is also a team-wide effort, but Keane’s laning stats suggest otherwise.

Nobody but Bjergsen is better in lane

Although the lane swap meta has skewed these results for top and bot laners, the one on one nature of the mid lane means that players who exit the early game with a high CS count are generally still the stronger laners. Therefore, if we examine the CS differential between players and their opponents, we can gain insight into who the best laners are. To provide further context, I’ve also included the Gold Differential @ 10 count. This can help account for situations where a player is simply staying in lane killing creeps as his lane opponent roams and kills his teammates.

Outside of Bjergsen, who plays on a team dedicated to snowballing the mid lane, no North American mid laner exits the laning phase as well-off as Gravity’s Keane, who receives comparatively little jungle support from Move. Part of Keane’s lane success comes from playing with BunnyFuFuu, a support well-known for roaming to mid, but a much larger portion of his success comes from his champion pool and game knowledge. The only champion Keane has repeatedly picked this split, Urgot, is one of the best lane bullies in the game. His spammable abilities, damage reducing passive, and ability to mow down immobile champions makes him a perfect fit for Keane’s lane dominant style. Keane’s other picks are somewhat easier to deal with, but with the exception of Twisted Fate, are still very lane dominant champions. In addition, Keane’s esoteric champion pool means that he is possibly the only player in the region who can predict how his matchups will go, and his opponents are clearly afraid to trade with him during the laning phase in the fear that he has an ace up his sleeve.

Keane’s strong lane performances also indicate that his ability to keep down opposing mid laners is likely not a team-wide performance but an individual effort, as his shutdown results are already apparent from the ten minute mark.

Although Keane takes less resources than every other mid in North America, he is still able to have a huge effect on his team’s success by dragging his high economy opponents down to his level. There’s a clear genius behind Keane’s madness. The next time Keane locks in a strange champion, the audience should think before they laugh – Gravity’s anti-carry may be onto something.