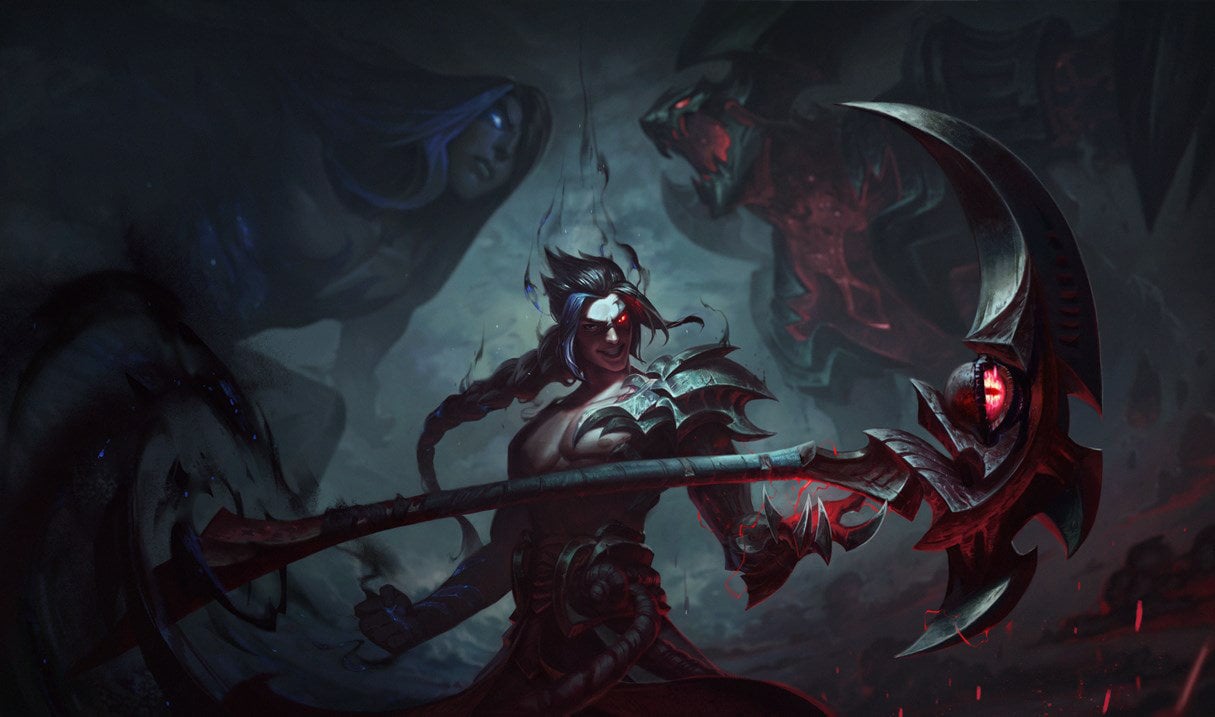 Riot might’ve gone a tad overboard with the Kayn nerfs in League of Legends Patch 10.25.

Gameplay design director Mark “Scruffy” Yetter outlined the Patch 10.25b preview today, which “should go live tomorrow afternoon.” And the Shadow Reaper finds himself on the buff list after his win rate dropped dramatically, according to Champion.gg. On the other end, Akali, Malphite, and Anivia are among champs receiving nerfs.

The preseason patch was way too friendly to Kayn, who dominated the majority of junglers with a win rate over 54 percent in Platinum rank and above. He could clear camps quickly, deal good damage, and remain tanky while in Darkin form. So Riot adjusted his numbers by lowering his base armor and the damage on Reaping Slash (Q). Scruffy’s notes show that those changes will be reverted, only maintaining the increased cooldown on Q.

Akali is proving to be too oppressive, especially in the later stages of the game. So the hotfix patch will reduce the movement speed gained from her Assassin’s Mark passive, as well as lower its base damage and AP ratio. Malphite’s magic resistance is taking a big hit, from 32.1 to 28. This should return him to his rightful place in the top lane, making him less of a tanky threat against mid lane mages.

And after the extensive Anivia buffs in the last patch, the Cryophoenix’s win rate spiked. So Riot’s lowering the base damage and mana cost on Frostbite (E), making her less domineering in the mid lane and as a support.

Sunfire Aegis, Galio, and Olaf are also targeted for nerfs in the hotfix, while Gangplank is receiving a slight AD per level buff. Runaan’s Hurricane is also being adjusted, with its cost lowered at the expense of AD. And Rell’s E will no longer unbind when self casting during combat.