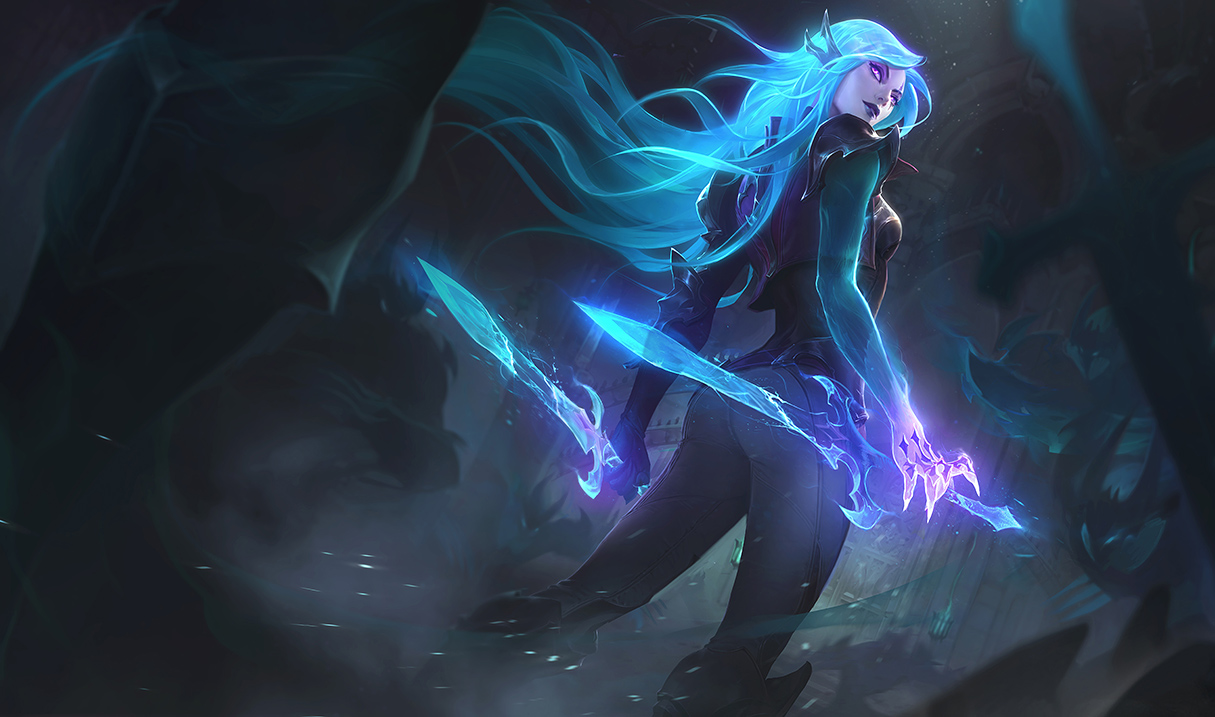 With the addition of these three champions, the Blood Moon roster has now grown to 19 champions. It’s unknown where the new champs will slot into the skin’s lore, whether they’re part of the cult or are actual Blood Moon Demons. But they all still look visually great and have stuck to the theme of the cosmetic line quite well.

Katarina’s ultimate and recall animation are the best looking parts of her kit, with ancient ritual symbols surrounding her Death Lotus and subtle flowers floating around her as she rises up while heading back to her team’s fountain.

Tryndamere and Master Yi are a bit simpler in design, although they still have the classic Blood Moon costumes with unique, horned masks. It makes sense that they aren’t as visually impressive since their abilities aren’t as mechanically intensive compared to others in the skin line.

We should see these skins on Summoner’s Rift sometime around League‘s next update, Patch 10.4, which should drop on Thursday, Feb. 20.